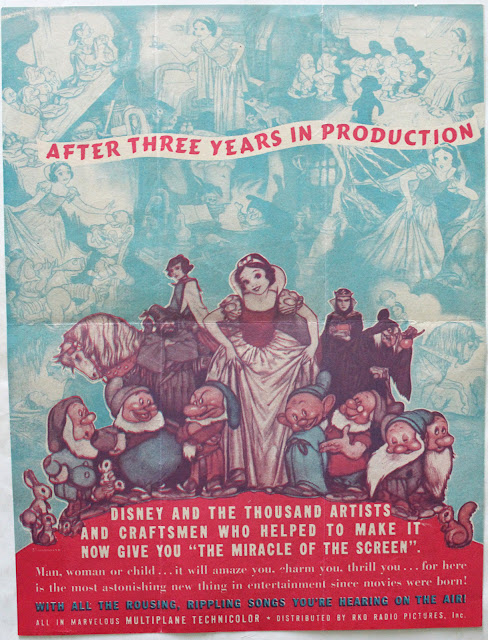 It was during a recent attic clean-out of an old house in Pittsfield, New Hampshire that a red-tinted 1938 Snow White herald was discovered inside an old book. "Man, woman or child...it will amaze you, charm you, thrill you..."

The flyer was advertising the June 12-14 screenings of Snow White at the Scenic Theatre in Pittsfield. Four other films of the day are also mentioned...Wild Horse Rodeo, Midnight Intruder, Walking Down Broadway, and Penitentiary. 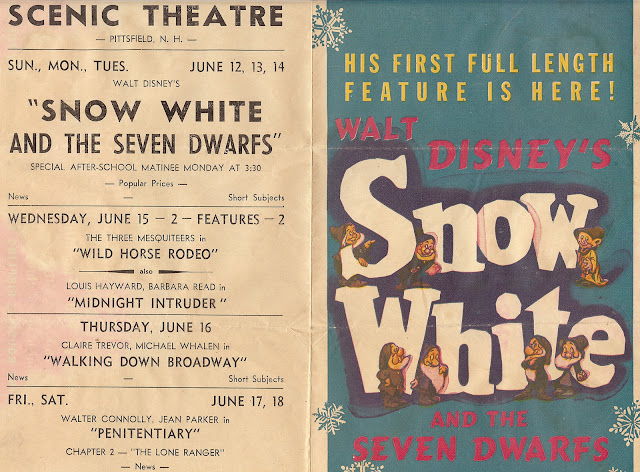 It was found in this envelope which was sent out by the Scenic Theatre. The delivery address is marked "Box Holder" so it was probably part of a mass promotional mailing for the film. 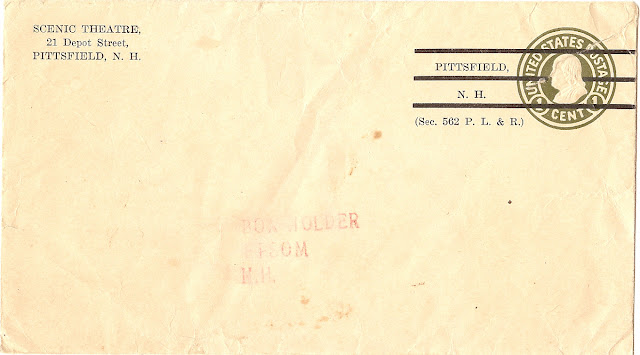 Special thanks to Bill Cushing for the info and the use of his images.

Originally, theatre owners would have received a sample herald glued between page 10-11 in the 1938 Snow White pressbook. To promote their screening of the film, they could purchase more for just $3.50 per 1000. 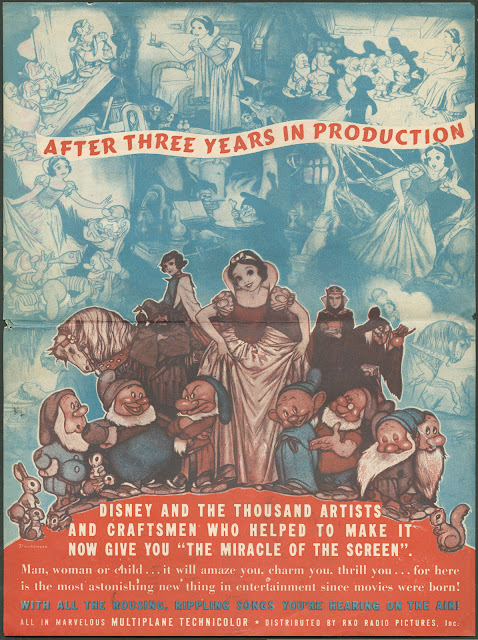 Another example from the Orpheum Theatre in Danvers, IL. Handbill measures unfolded to a size of 12" x 9". 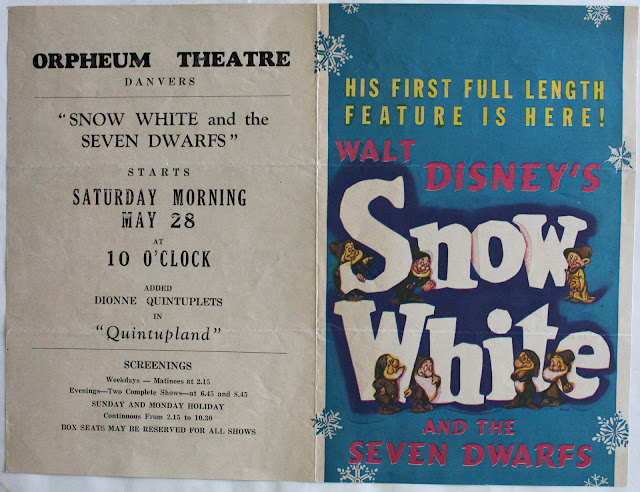 Additional images courtesy of the Michael Filippello Collection.
Posted by Snow White Archive at 12:01 AM