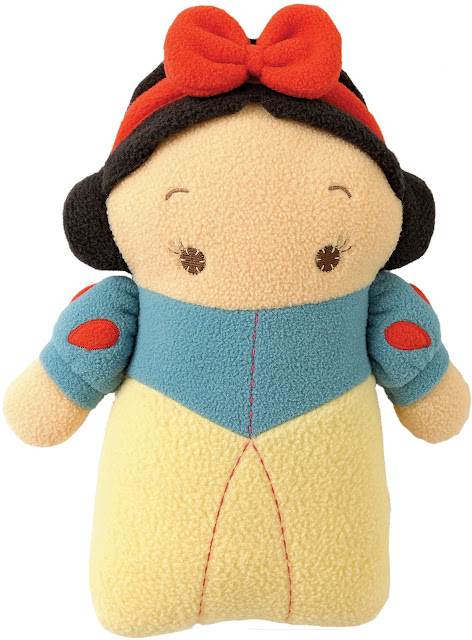 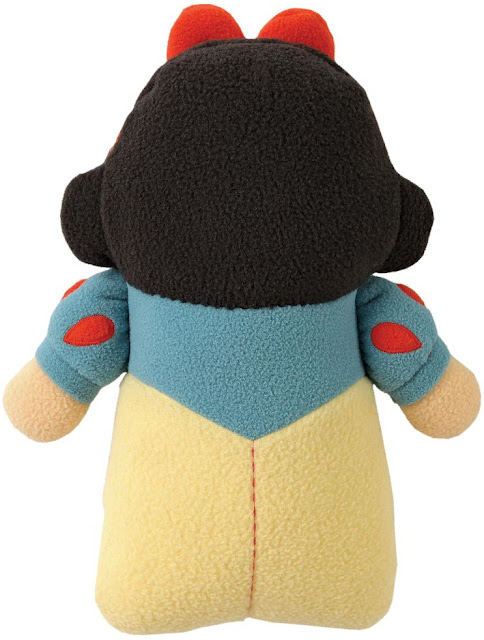 You may have asked, as I did when I first heard the name, "What the heck is a Pook-a-Looz?" With the tagline, "Too cute for their own good," these flattened, stylized soft fleece collectible toys were released to the general public spring 2010--in conjunction with a good dose of promotional hype.

What the Pooks are, according to lead designer Jose Zamora, are caricatures of classic Disney character personalities. Zamora says he tried to zero in on one unique feature for each. Over 30 classic characters were "pooked" and sold at the Disney Store, Wal-Mart, Toys-R-Us and the other usual chains. Each of the 12" polyester plush dolls retailed for $12.50 (USD). 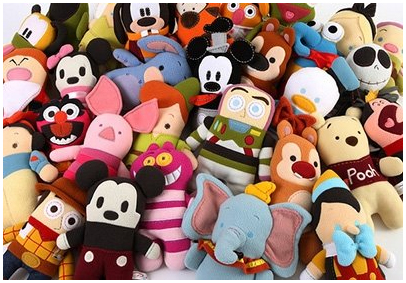 The buzz was high when they first hit the market. Disney Consumer Products even created a separate Pook website and promoted them on their Facebook page. On youtube, Disney Living put out a series of "Pook-a-Sodes", short videos starring of course the Pook-a-Looz. 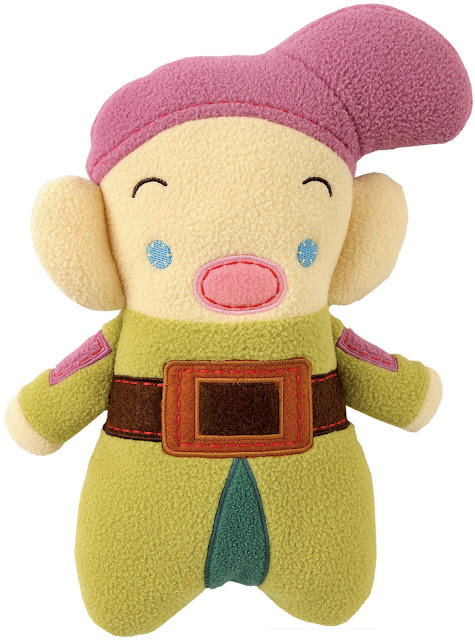 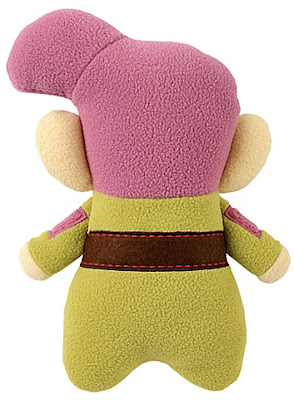 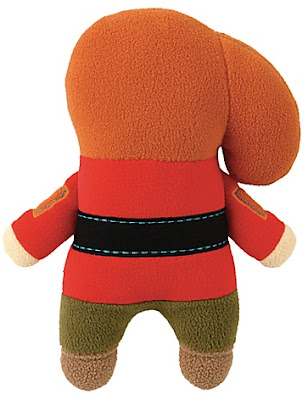 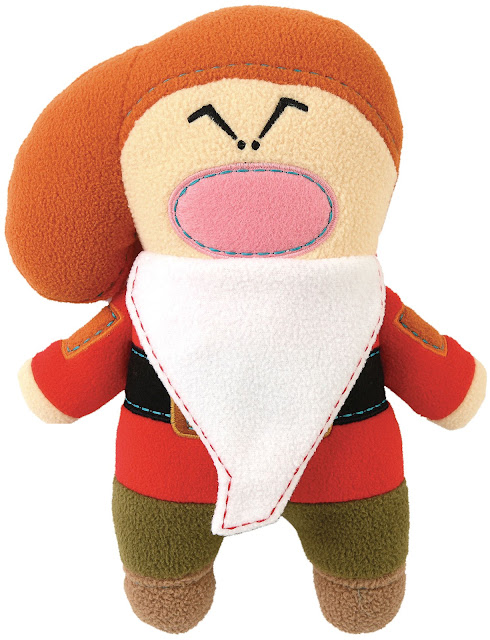 
In addition to the 12" dolls, a variety of other "Pook" products popped up in stores too. Miniature plush versions of Snow White and Grumpy appeared in the form of keychains attached to mouse ears carabiners. Figures approximately 3.5" tall. 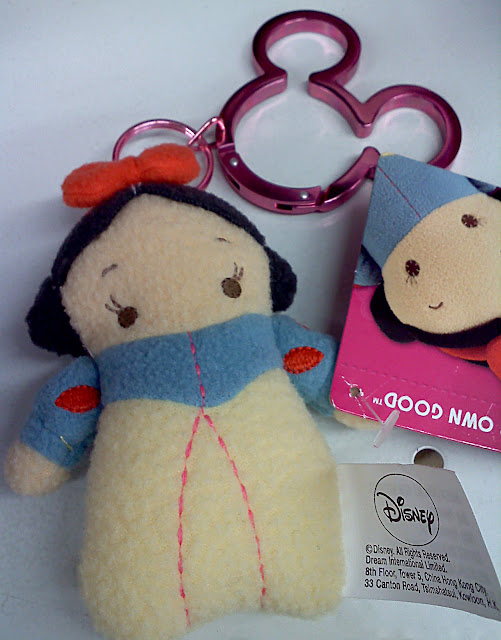 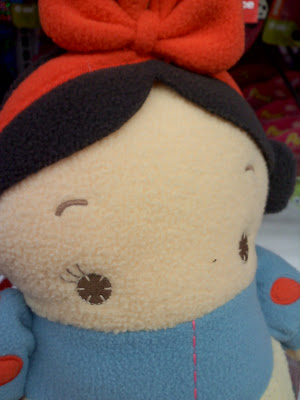 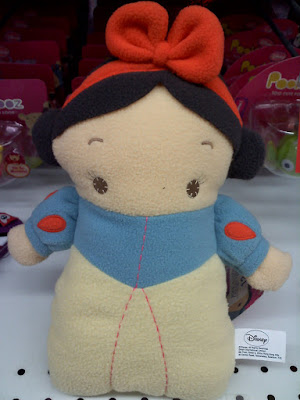 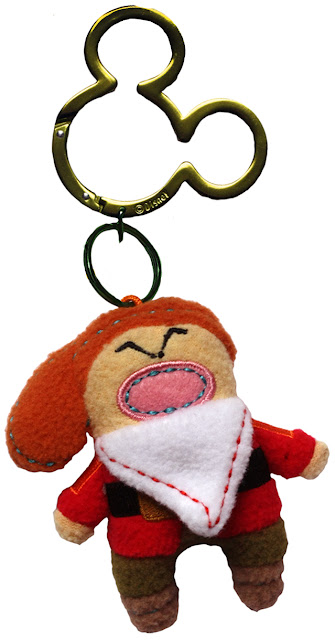 
Then there were the Topplers, Walkers, Yappers, and Spinners; released August 2010. 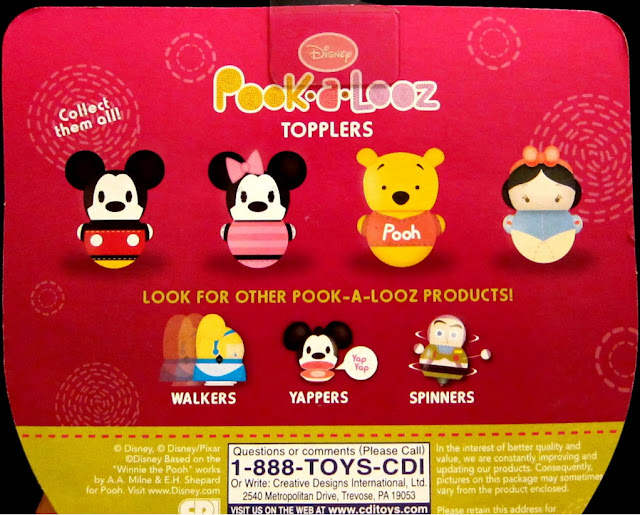 Snow showed up as a Toppler (Weebles wobble but they don't fall down). 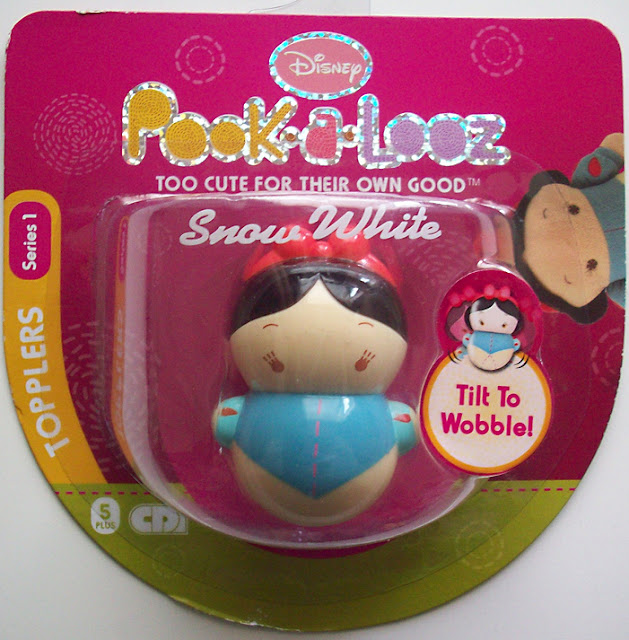 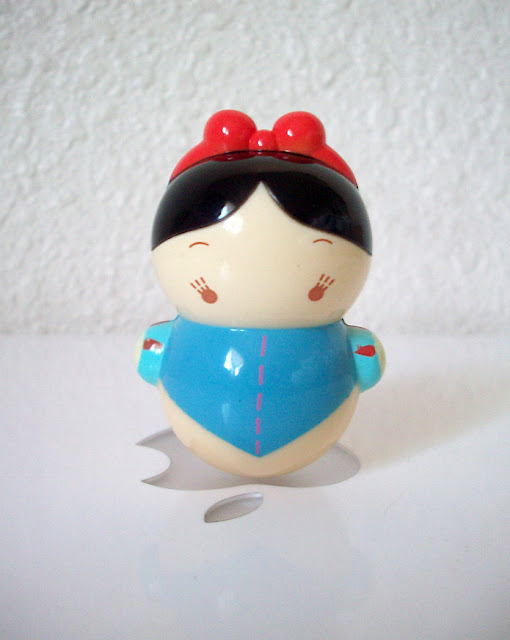 
This past March, almost one year from when the first Pooks began to appear, I visited Toys-R-Us. There were no signs of them anywhere except in the discount section. The few remaining store stragglers were marked down and priced to sell. It looked as though the Pook craze had died down...but in fact, it had not yet pooped out. New 2011 releases did occur at the theme parks.