This original Snow White holiday greeting card was sent out in December of 1937 by the Disney Studio to theater owners and the like. 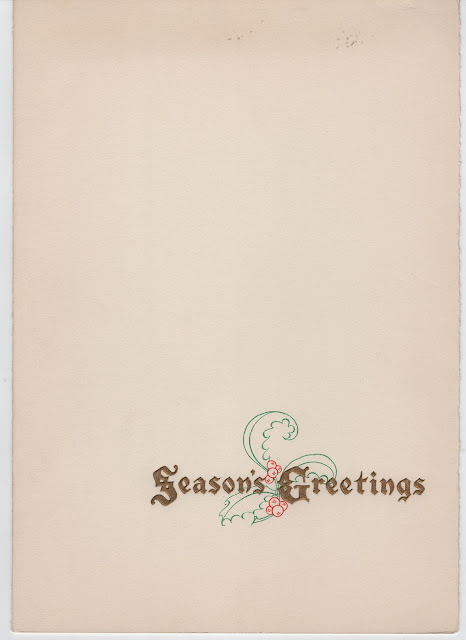 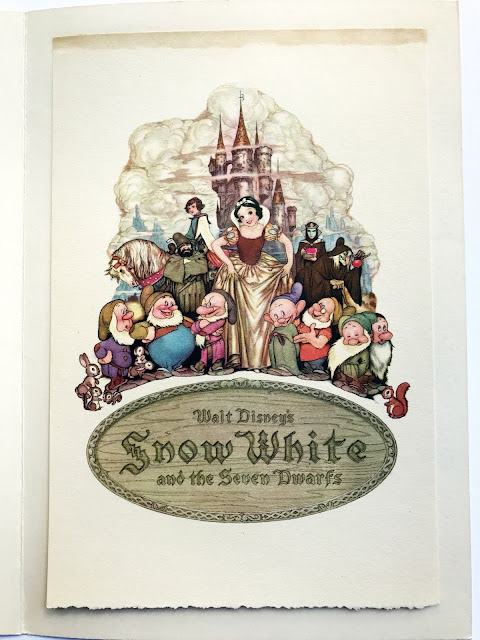 Back side with copyright imprint in lower right corner. 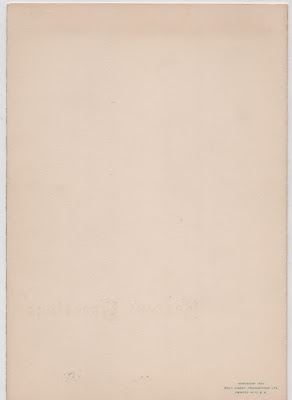 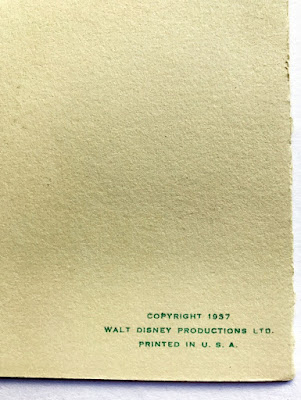 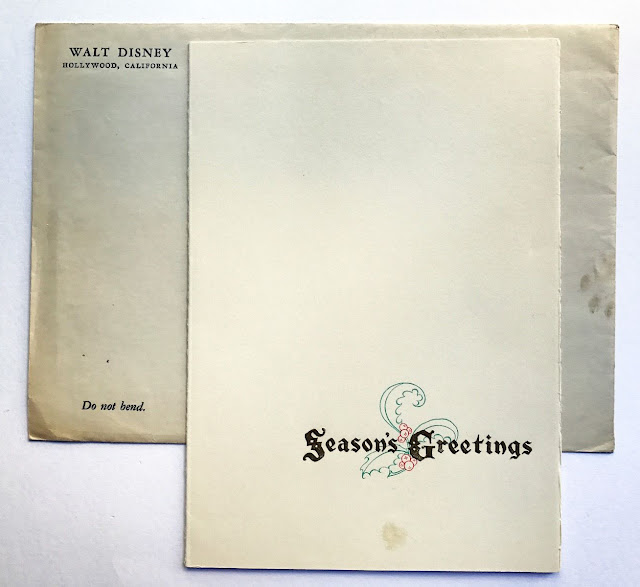 
During the 1975 North American theatrical re-release of the film, a replica of the 1937 card was produced and sent out to theater owners, tucked within the pressbook Ad Pad. Although slightly different than the original, it did include the cast portrait illustration by Gustaf Tenggren. Keeping with tradition, a calendar for 1976 was included (on the backside). 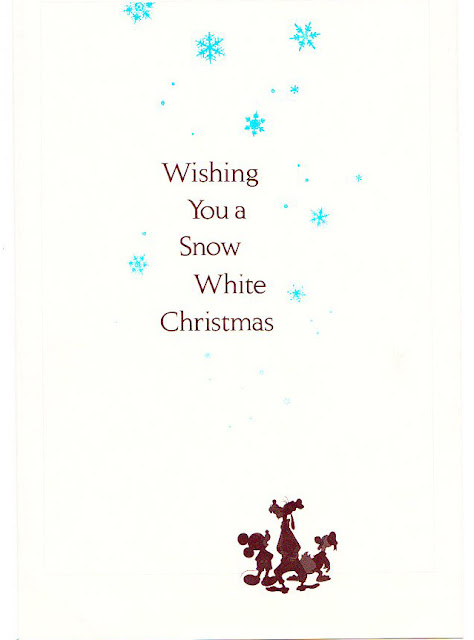 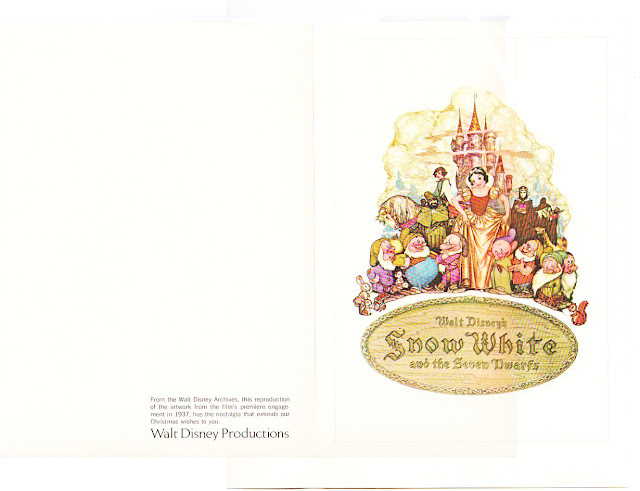 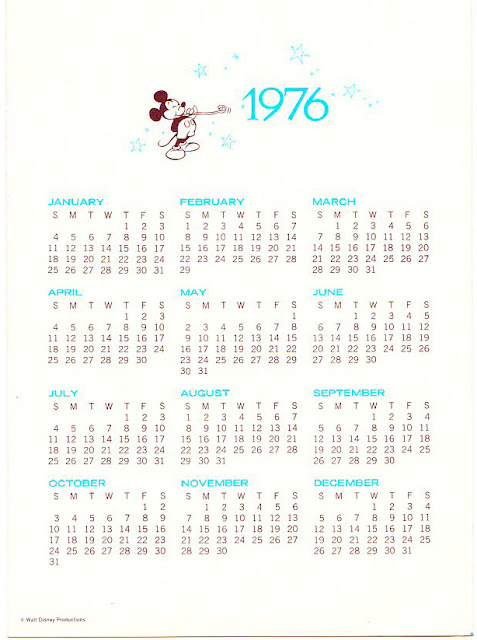 Replica images and information courtesy of The Raymond Collection.


The insert reads, "--AND GREETINGS FROM US TOO!" 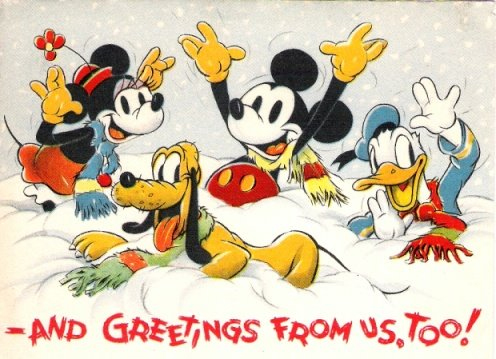 Insert from Original 1937 Xmas Card
Posted by Snow White Archive at 12:01 AM