"Shuffled Symphonies" is a card game with rules similar to War or Beggar-My-Neighbour. Manufactured in England by Castell Brothers, Ltd., it was part of their Pepys Series (although it's not indicated on the deck). It was produced in 1939 and features 24 engaging illustrations of early Walt Disney characters including Snow White and Dopey. Game contains 45 cards total, measuring approximately 2.25" x 3.5" with round corners. 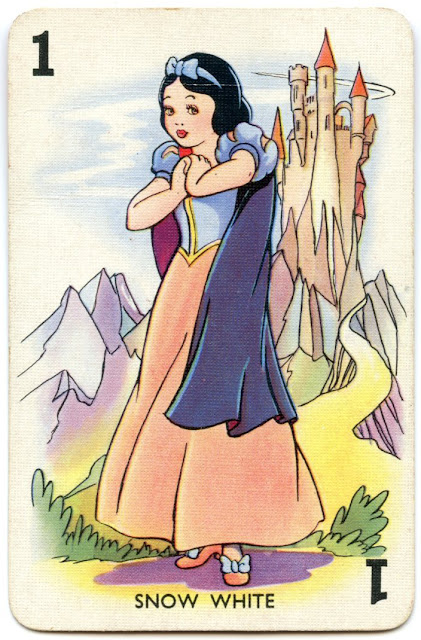 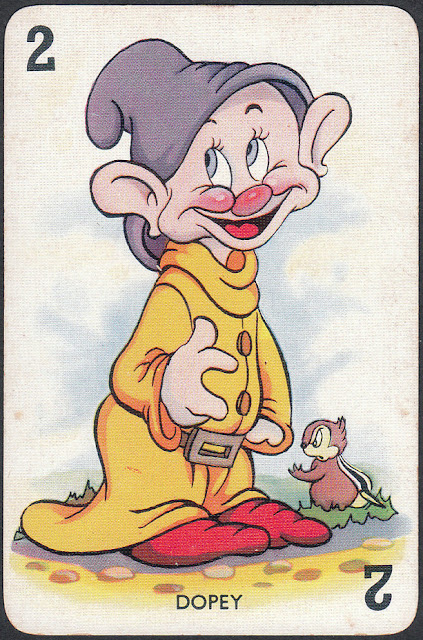 The game cards were produced in both red and blue decks. The reverse side of each shows Mickey in a top hat and tails shuffling cards over his head. The copyright imprint reads, "By permission of Walt Disney - Mickey Mouse Ltd. & Mickey Mouse Weekly." 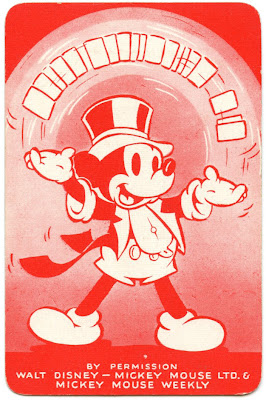 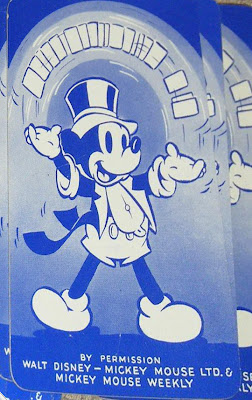 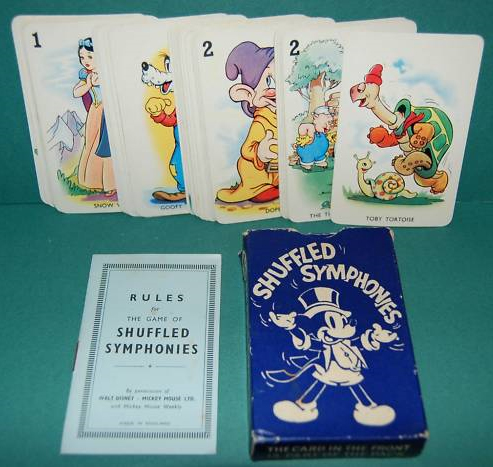 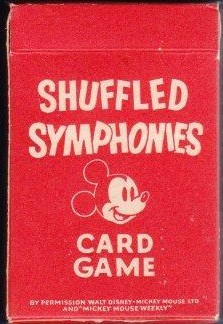 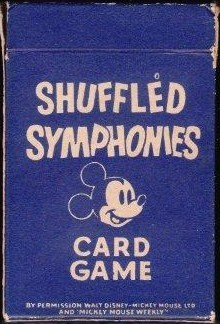 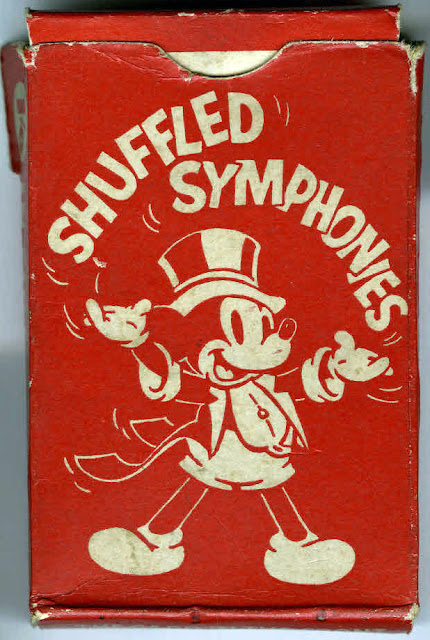 In addition to Snow White and Dopey, other Disney character cards include Mickey, Minnie, Donald, Goofy, The Three Little Pigs, The Big Bad Wolf, Elmer the Elephant and others from the Silly Symphony cartoons. Here's a few of them. 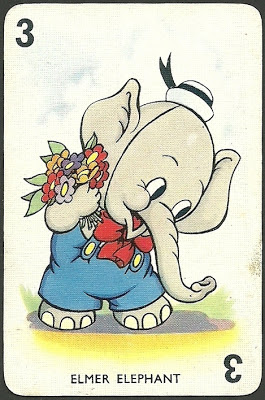 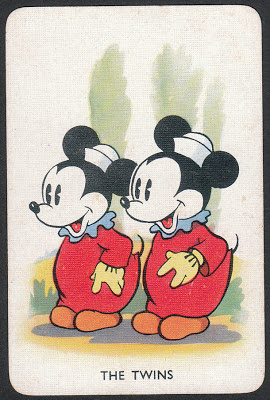 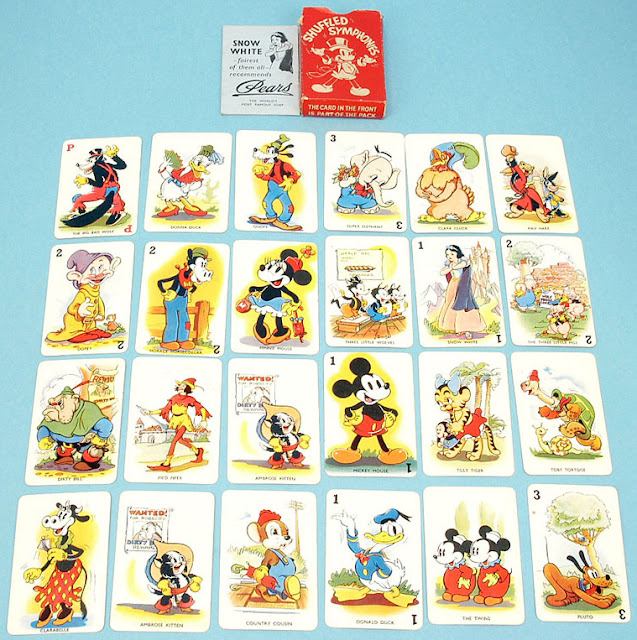 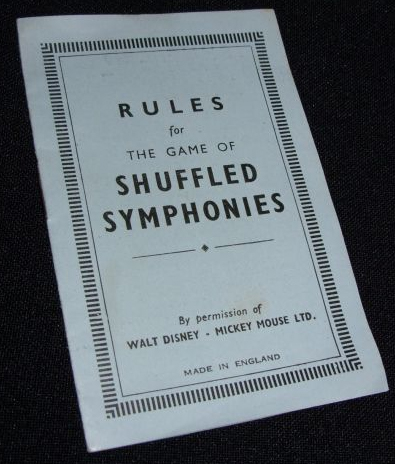 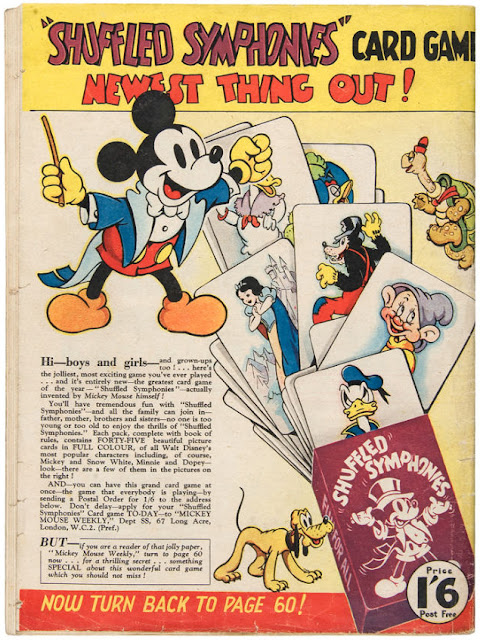 Pears Ltd. of England, manufacturers of fine soap, struck up a promotional deal with Disney during this period to offer a free set of the Shuffled Symphonies to customers who purchased a soap gift box. The special package contained two sixpenny cakes of Pears Golden Glory soap and the deck of free cards.


A "Pears and Snow White" flyer, which promoted the free deck with the gift set, was included in all the standard boxes of Golden Glory soap. The rules booklets which came with the card decks themselves also contained a Pears ad. On the back it reads, "Snow White--fairest of them all--recommends Pears." 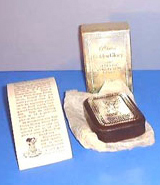