Today marks the second anniversary of this Filmic Light blog...and more importantly, the 74th year since Walt Disney's Snow White and the Seven Dwarfs made its world premiere at the Carthay Circle Theatre in Los Angeles.

A 1937 RKO promotional insert in Box Office--a trade magazine for the movie theater industry--announced the premiere with a pitch to theater owners. The distribution company was "now ready to discuss forms for extended run engagements" for the film. 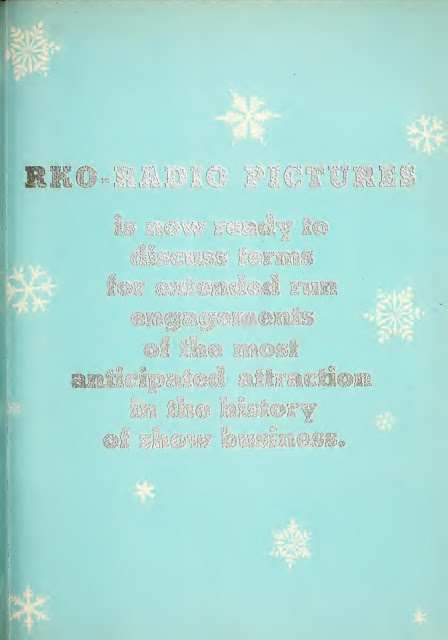 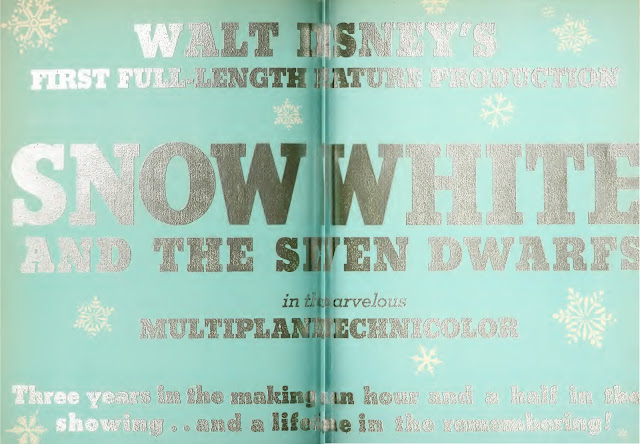 After the premiere, Snow White continued to play twice daily at the Carthay Circle. This full-page ad appeared in the December 25, 1937 issue of Box Office... 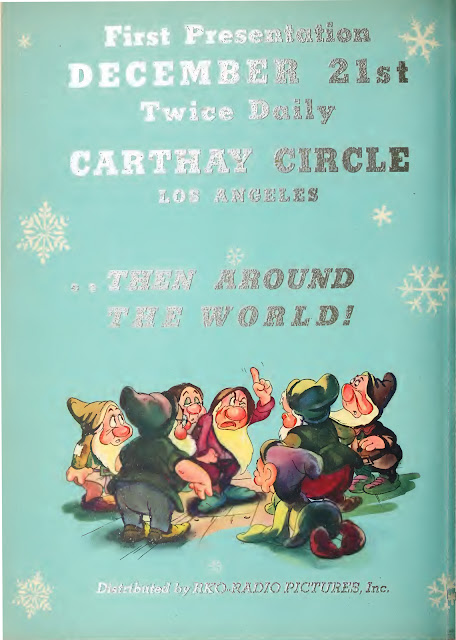 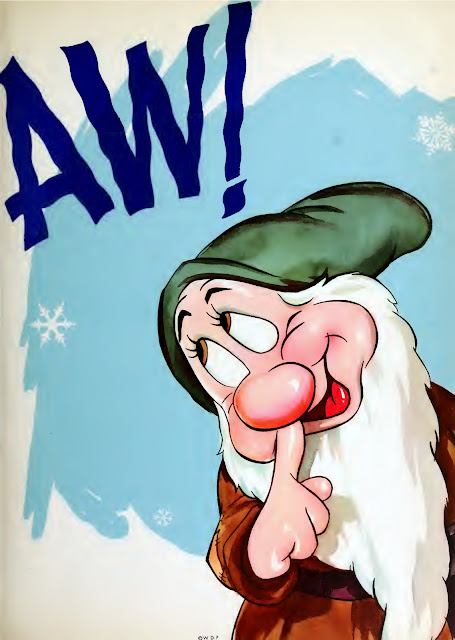 Glowing reviews from that first screening, including a telegram from movie theater executive Charles P. Skouras...


World Premiere of Snow White most successful opening we have ever had at Carthay Circle. Practically every celebrity in Hollywood turned out and paid tribute to Walt Disney's production, with applause lasting long after the end of the picture. Public Interest is equally high with ADVANCE SALE BOTH MATINEES AND NIGHTS TOPPING THAT OF ANY PREVIOUS ROAD SHOW AT CARTHAY CIRCLE. 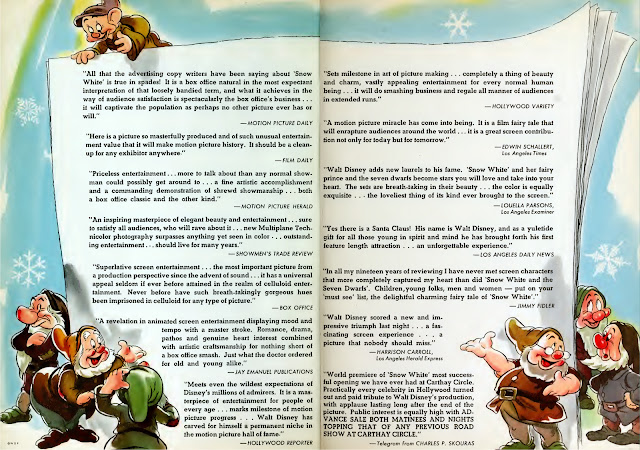 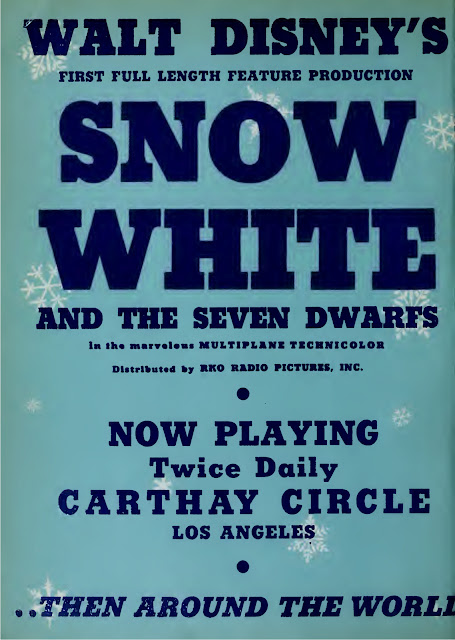 Two years of blogging about Snow White and the Seven Dwarfs...who would of thunk it? The research has sometimes been consuming, the hours in front of this computer sometimes lengthy. But all well worth it.

I personally have garnered so much more about the film and its tributary manifestations than I ever knew before. I've also had the wonderful fortune of connecting with Snow White authors, artists, collectors, and other fans of the movie. The profound impact that Walt Disney's first feature film has had on the world of animation as well as in the mass consciousness of society is simply phenomenal. And 74 years later, I for one still can't get enough of it.
Posted by Snow White Archive at 12:01 AM