Noma produced a number of Christmas light sets. Their Mickey Mouse and Silly Symphonies kits were sold in the States. This Snow White set, however, was only issued in Canada (as were their Pinocchio and Fantasia sets). The shades are simple plastic bells with wraparound decals of each dwarf and Snow. Two identical shades for each character, sixteen shades in total. 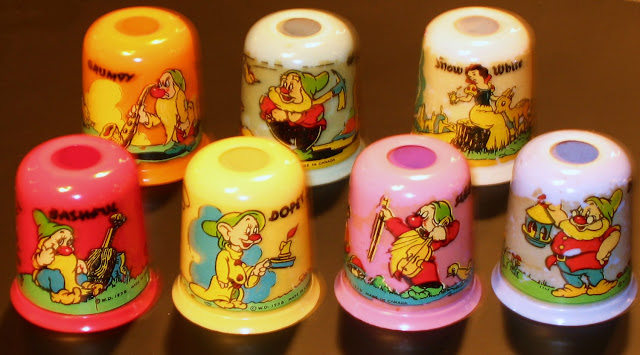 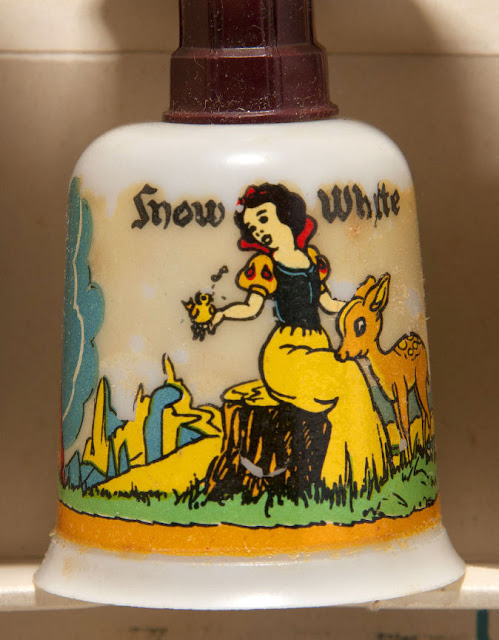 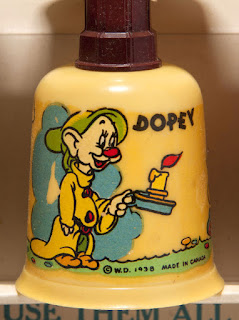 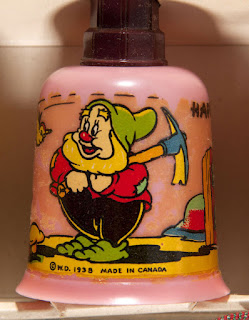 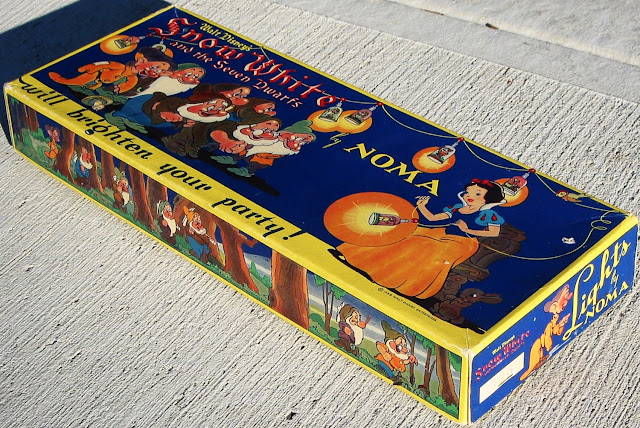 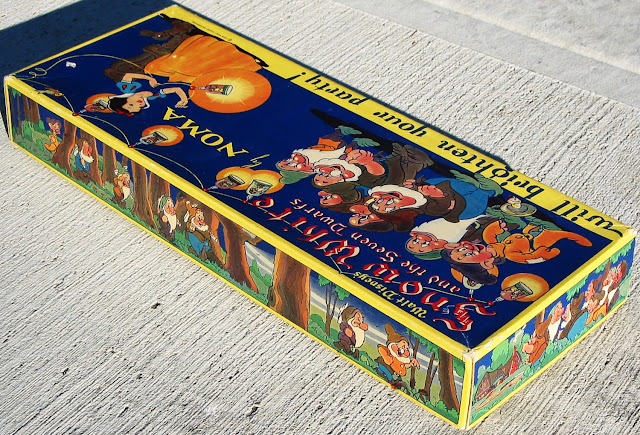 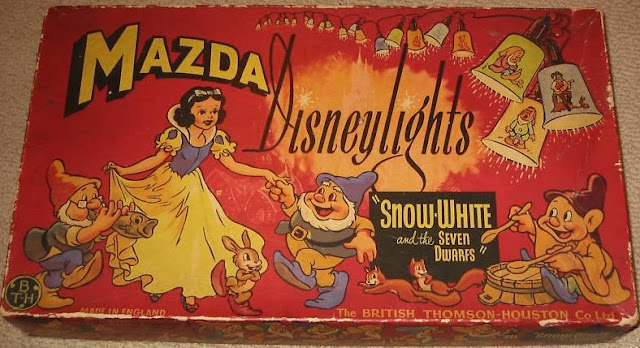 This second set of lights, Snow White Mazda Disneylights, was manufactured in England by the British Thomson-Houston Company, Ltd. Dating from the 1940s, the set consists of a UK circuit power cord and sixteen bakelite bell-shaped shades. Again, each has a decal depicting scenes from the film. 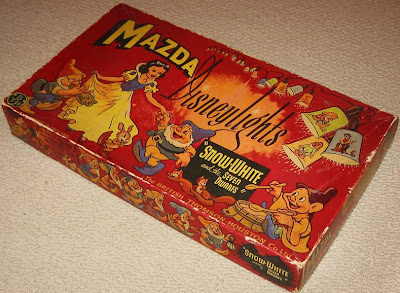 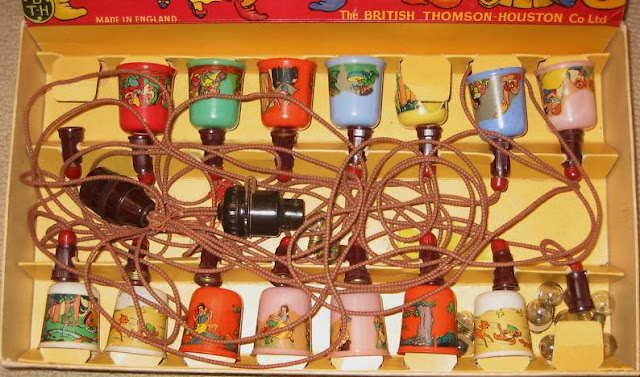 Light Kit images courtesy of the Rick Payne collection. Used with permission.
See what Rick has for sale at dadric's attic.


The set appeared in the 2007 Official Price Guide to Disney Collectibles, Second Edition... 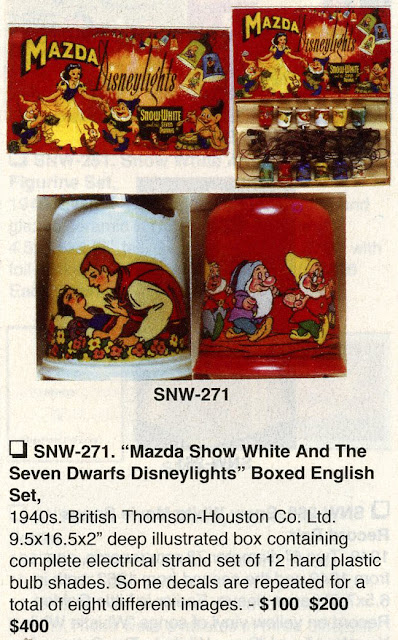