The following text and image scans are courtesy of Greg Philip's A Lost Film site...


I'd like to share a program handed out for the Belgian premiere of Snow White and the Seven Dwarfs in Brussels at the Eldorado theater. Besides the illustrations, there is a lengthy introduction about Walt Disney, and then an explanation on how cartoons actually work. A couple of extracts of laudatory press reviews are included at the end, and a separate leaflet tells you where to buy the soundtrack of the film. 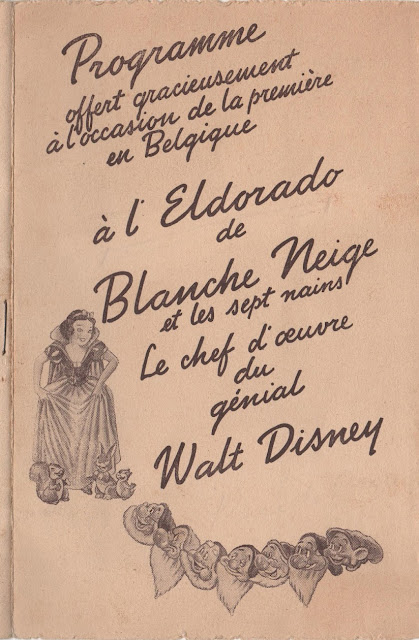 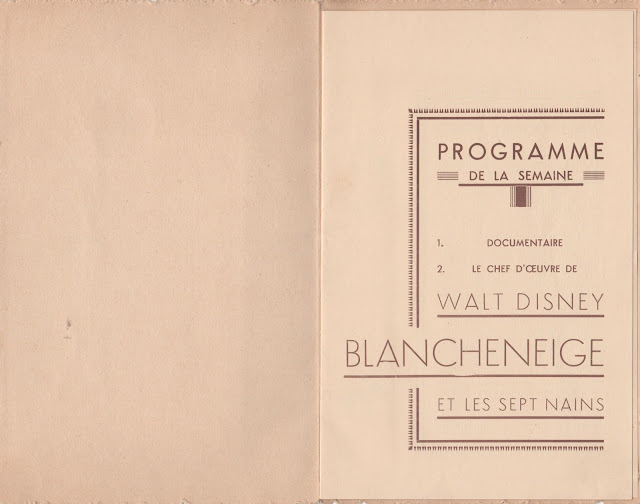 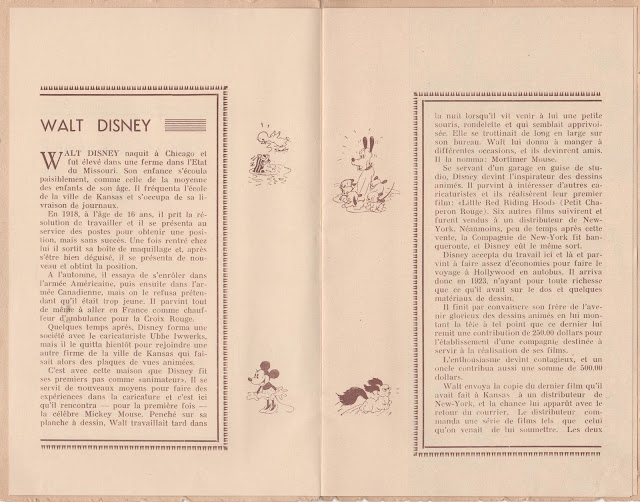 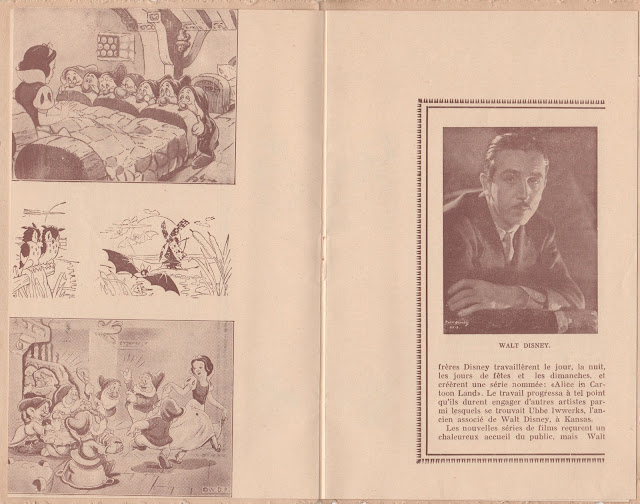 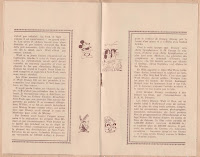 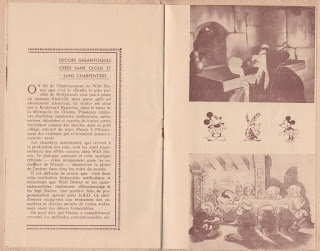 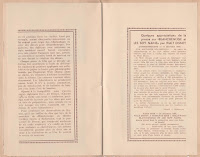 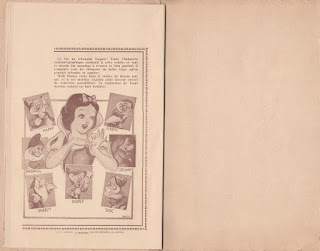 Back cover and soundtrack leaflet. 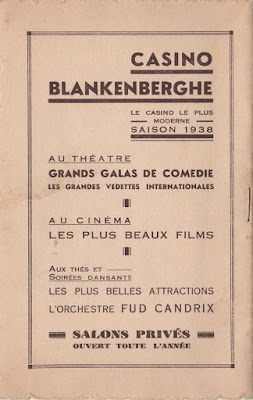 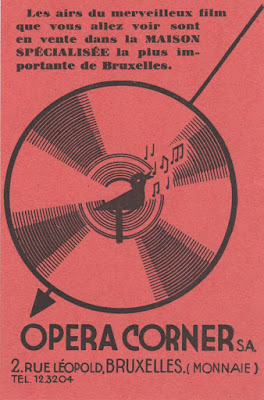