Kwartet Card Game from the Netherlands

Quartets (kwartet) is a card game from the Netherlands that is similar in play to Go Fish. The deck of 32 consists of eight face cards (Snow White, Prince, Witch, Huntsman, Dopey, Grumpy, Doc, and Sleepy) in four color suits (red, green, yellow, and blue). The character's names are printed in both Dutch (or English) and French. The game was produced by Jumbo International in Amsterdam. The company's red elephant logo is seen in a repeating pattern on the back side of each card. The winner of the game is the one with the most sets of four (quarts). The Snow White artwork on the card faces dates from the 1990s. 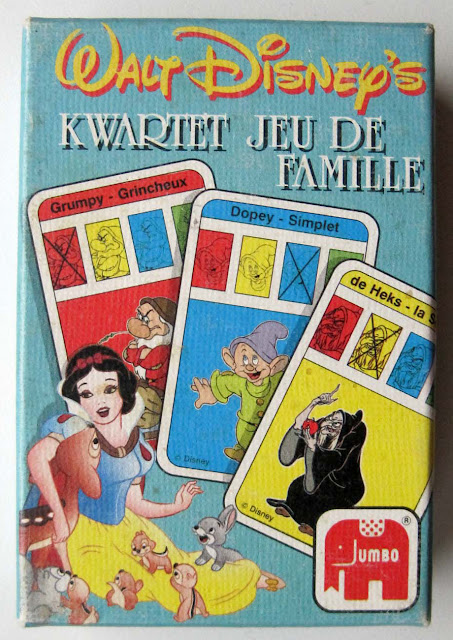 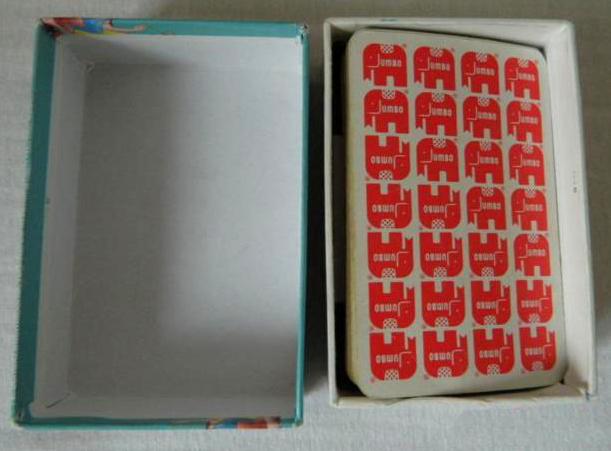 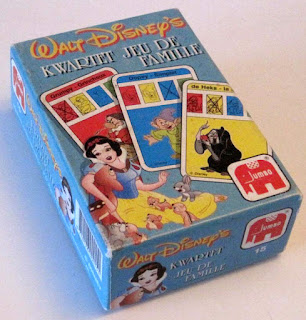 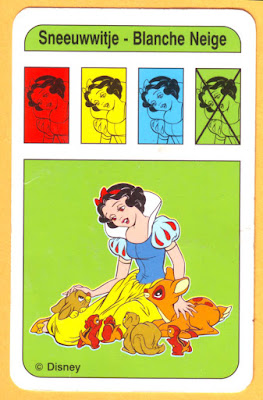 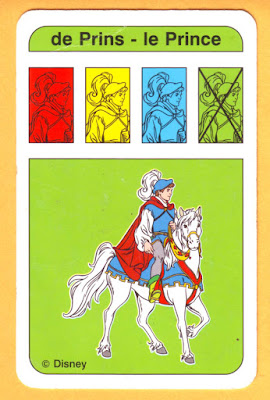 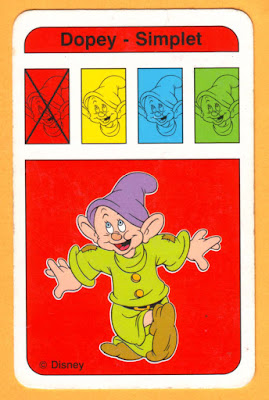 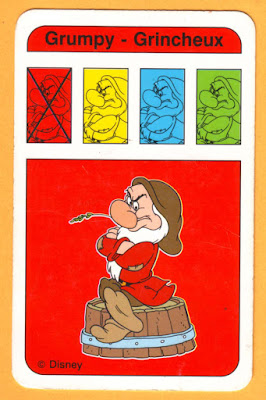 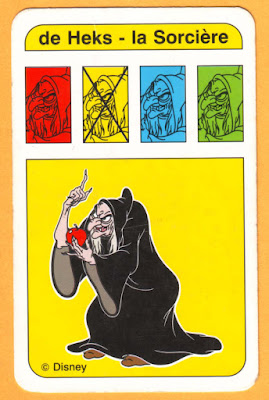 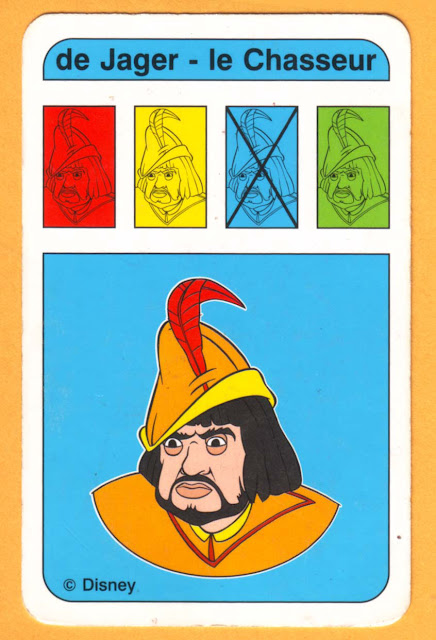 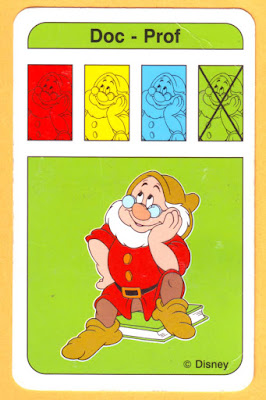 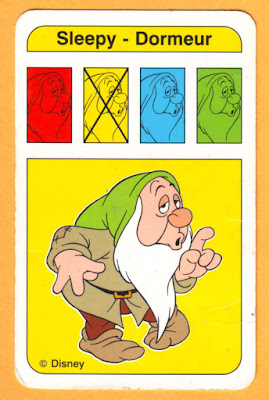 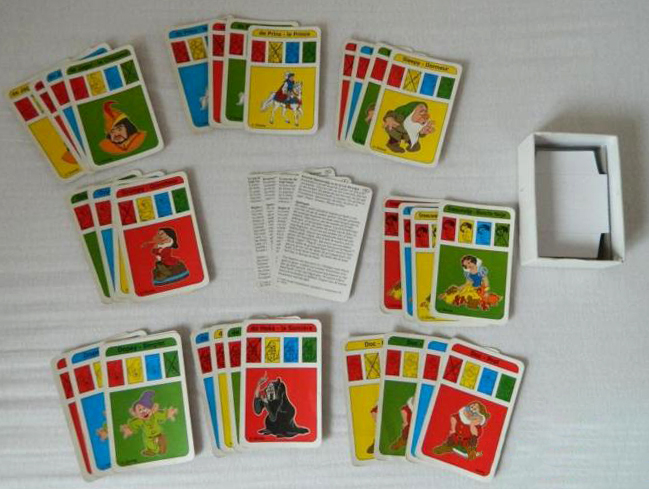 Special thanks to Dirk at HET Verzameloord for sharing his images and information.
Posted by Snow White Archive at 12:01 AM