In an earlier Archive entry, we saw costumed Snow White characters in a 1964 edition of the British trade newspaper, Kinematograph Weekly. The photos were part of the promotional campaign for the re-issue of the film that year to UK theatres. Disney would have invited the press to cover the characters on 'walkabout' around London, and the pictures then could be used in newspapers and magazines.

Snow White and the dwarfs cross a street "en route to E.M.I. headquarters to discuss the making of a long-playing record." 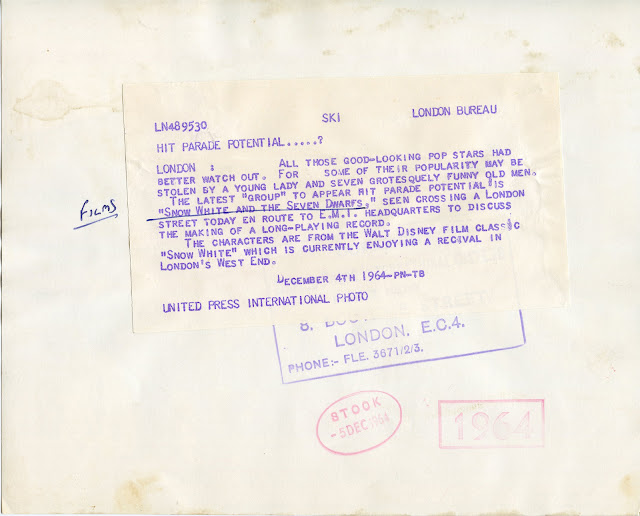 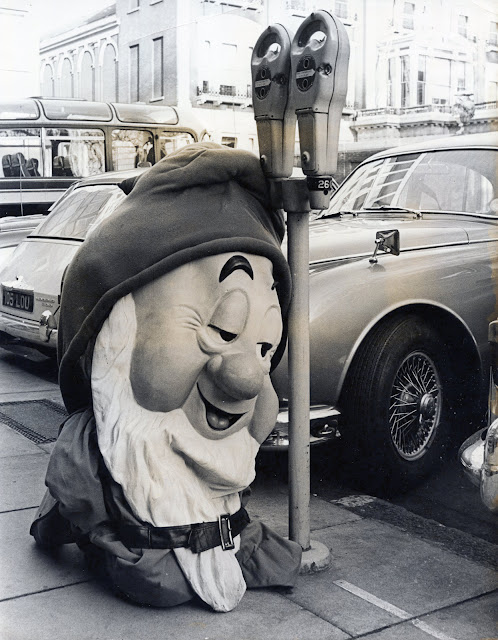 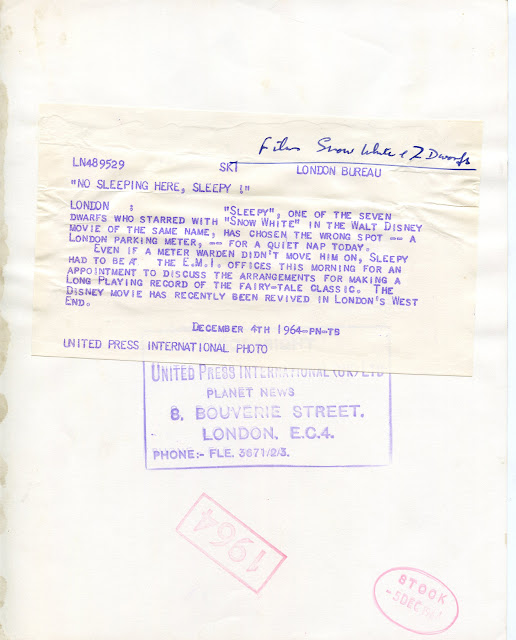 Image scans and info courtesy of the Richard Holliss Collection.


The envelope in which these two photos were kept is marked "'Picture Library", and after the loan, they probably had to be returned to the United Press archive.
Posted by Snow White Archive at 12:30 PM