The recording features female narrator, Kerstin Franzen, with no other voice actors. A musical tone lets readers know when to turn the page in the booklet. At the end of Side B are two songs, Hej-Hå (Heigh-Ho) performed by Rasmus and Nu Visslar vi ett Slag (Whistle While You Work) sung by Anni-Frid Lyngstad (of ABBA fame). 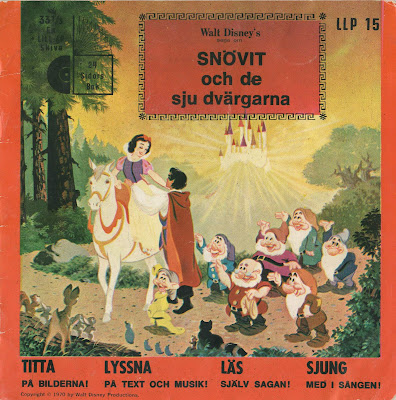 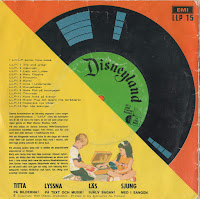 Sample pages. This artwork was seen in the 1948 Snow White Little Golden Book. 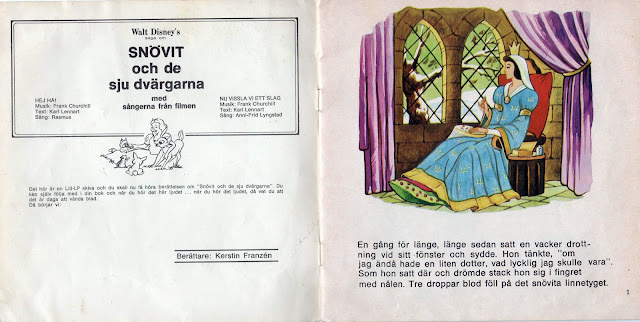 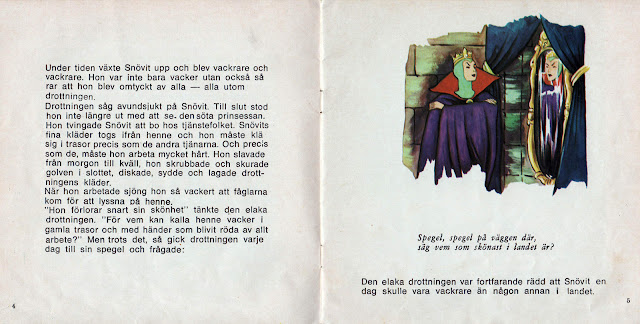 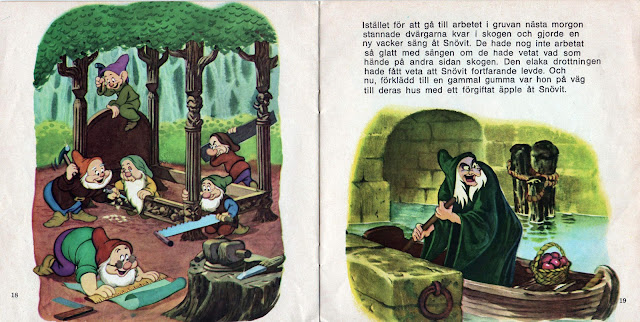 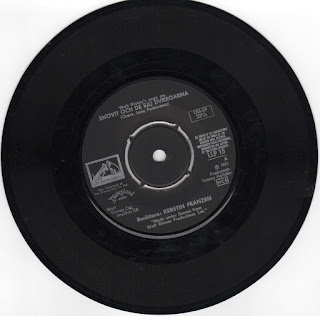 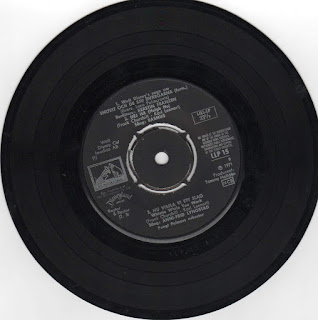 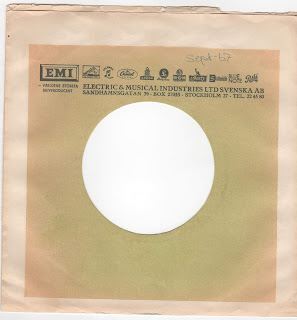 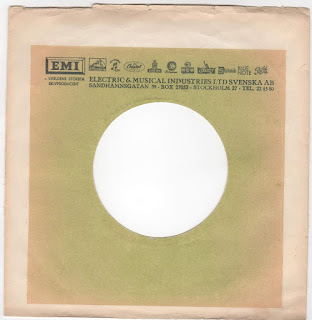