A commemorative Snow White 80th anniversary charm was added online today (March 16, 2017) at the Disney Store. Manufactured by Pandora, the sterling silver charm features a bas relief raised design of Snow White and the Prince. Includes pavé-set clear cubic zirconias and enameled accents. Attaches to a Pandora bracelet, sold separately. Although the listing says the piece celebrates the 80th anniversary of the film, there doesn't appear to be any markings on the charm itself to indicate this. Retail price $80.00. 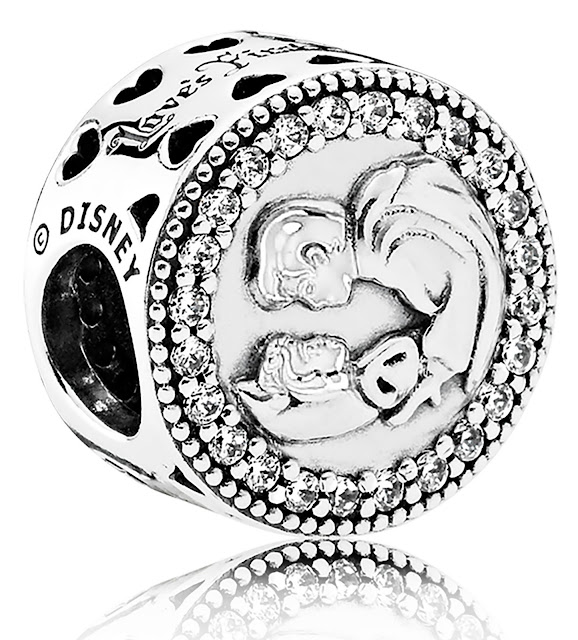 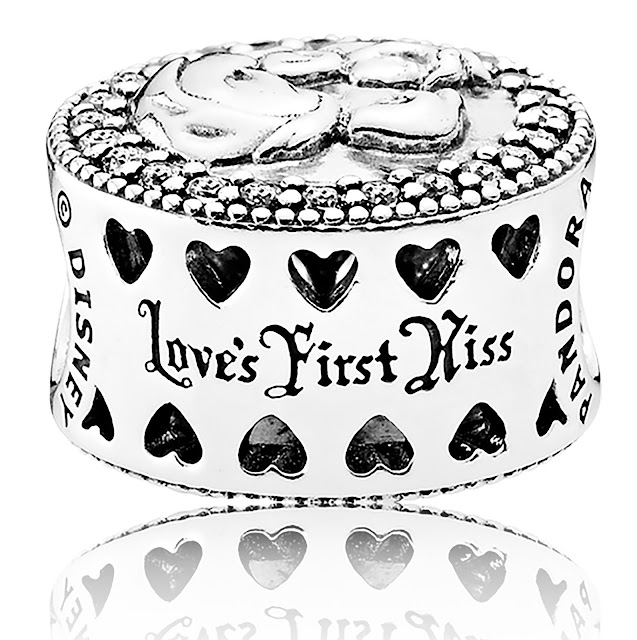 Also see the Pandora Snow White charms from 2015 in an earlier Archive entry.
Posted by Snow White Archive at 1:00 PM