As part of an RCA promotional give-away in the early 1960s, two different sets of four Disney place mats were produced. Snow White was included in the first series along with Tinker Bell, Ludwig Von Drake, and the Sword and the Stone. Laminated card stock. Dimensions: approximately 17.5" x 11.5". Title logo in lower right corner. 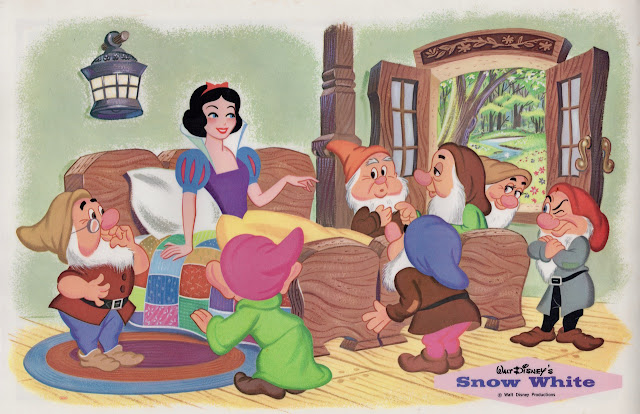 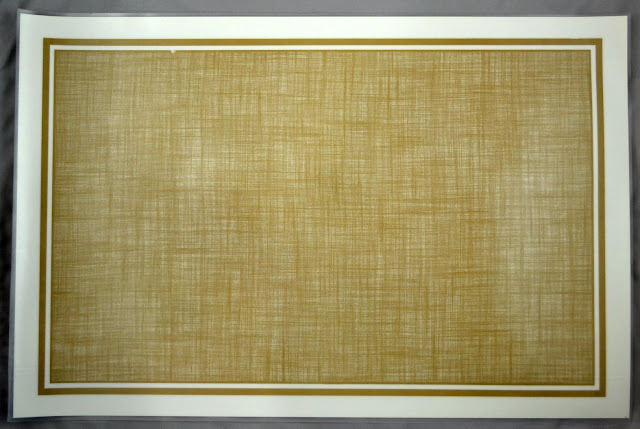 The sets were sealed in clear plastic with the text, Compliments of Your RCA Victor Dealer. 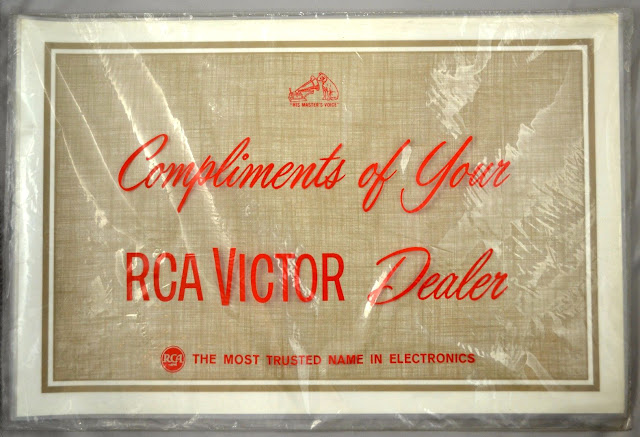 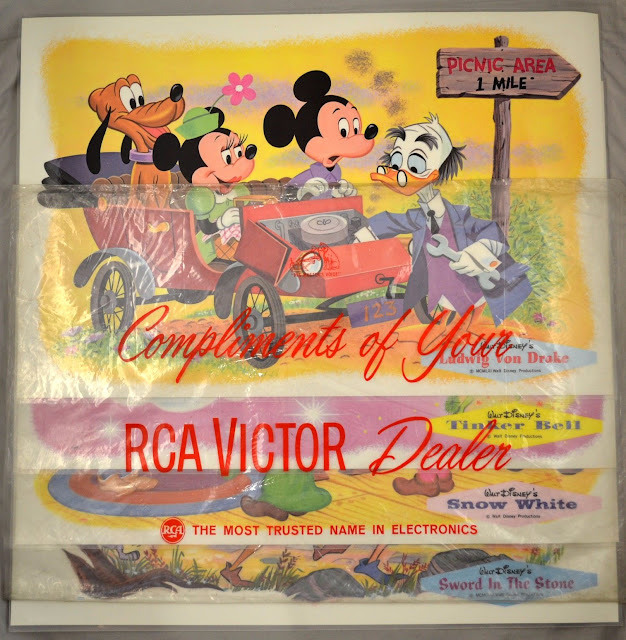 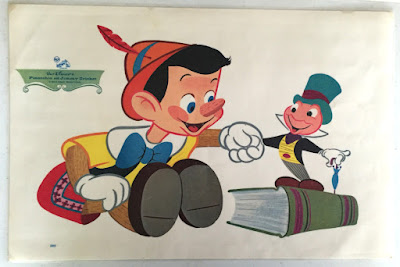 Note that some printings included a small RCA logo above the place mat title. Other printings did not.

The place mats in this second series were still part of the free give-away, but consumers were also encouraged to send in a dollar--with the coupon below--which would buy you an additional set of four. 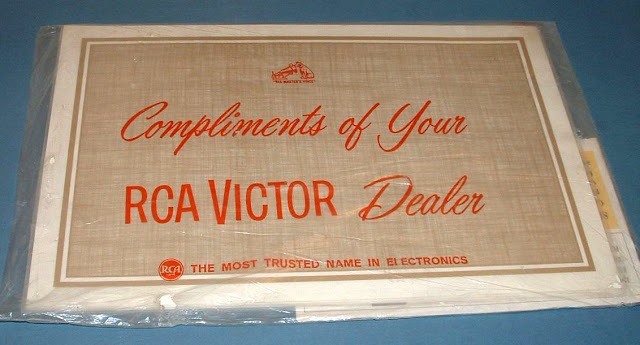 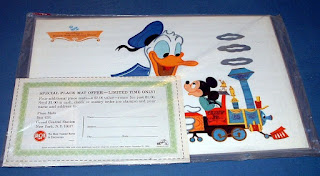 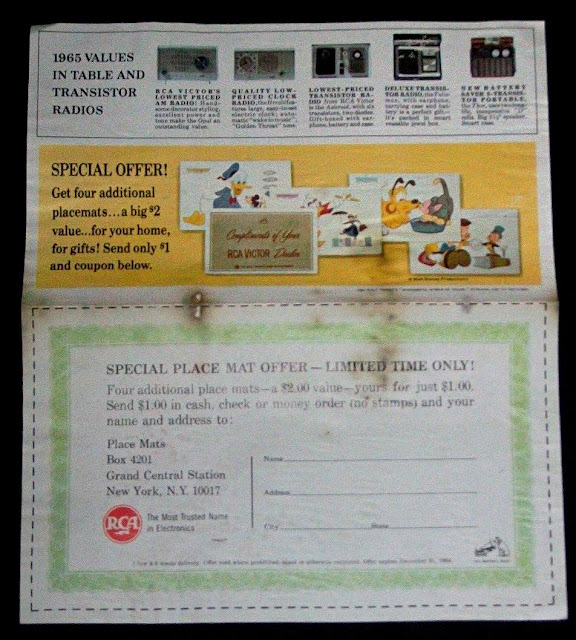