This Snow White book was produced in China for a Chinese readership. It's small, like a flip-book. The cover illustration more or less depicts the Disney characters as we'd all recognize them today. On the pages inside, however, the pen and ink drawings are wholly original, with Snow White and the others rendered in a distinctive stylized manner. The story also includes those aspects from the Grimm's fairytale that were not included in the animated film, e.g., the three attempts on Snow White's life via bodice, comb, and apple. Softcover, 20 pages (including covers). The quality of the paper is like that of a comic book. Not Disney licensed. From the ideograms on the back cover, we know it dates from May 1, 1982. 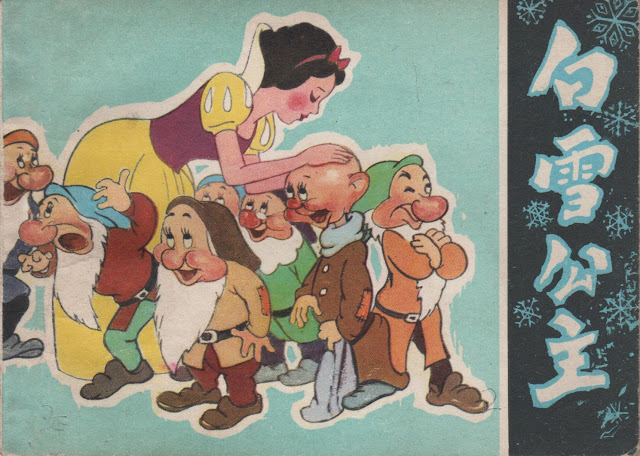 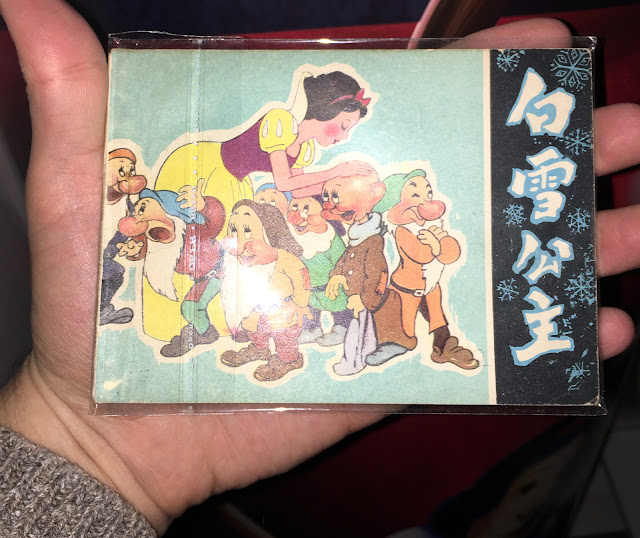 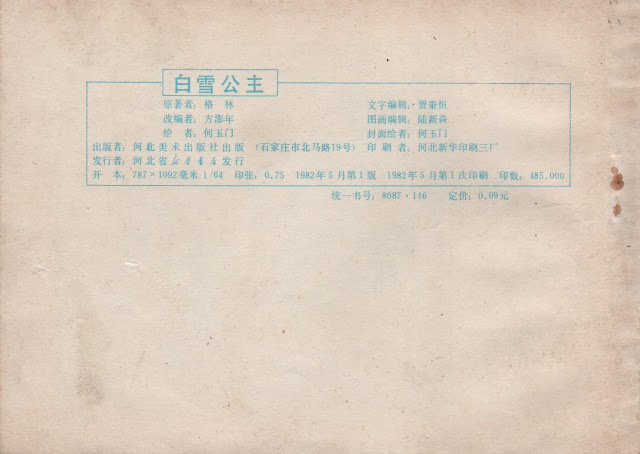 Images and information graciously provided by Greg Philip of A Lost Film.
Posted by Snow White Archive at 12:30 PM