A Snow White story was released in Germany in 1997. The recording includes a narrator, Christiane Eisler, plus individual character voice actors and songs from the 1994 official soundtrack redub. Manja Doering played the speaking role of Snow White, Alexandra Wilcke did the singing. The voice of the Witch was Kerstin Sanders-Dornseif. Walt Disney Records with exclusive license to KIDDINX Entertainment GmbH, Berlin. Total run time: 59:54. 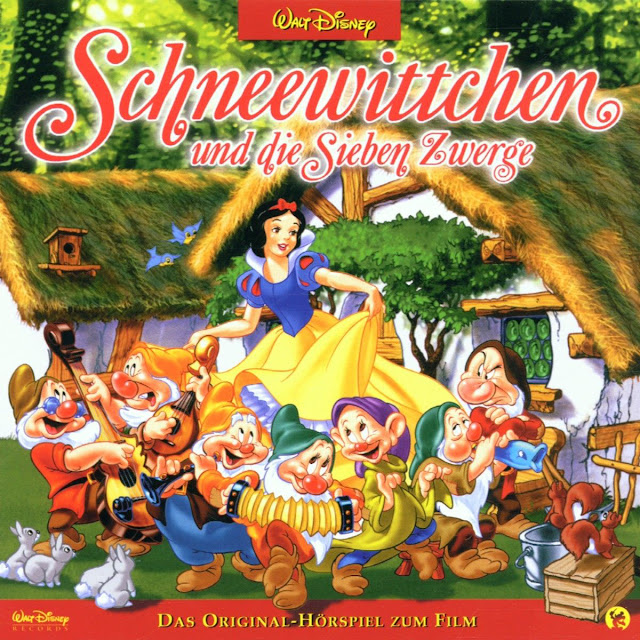 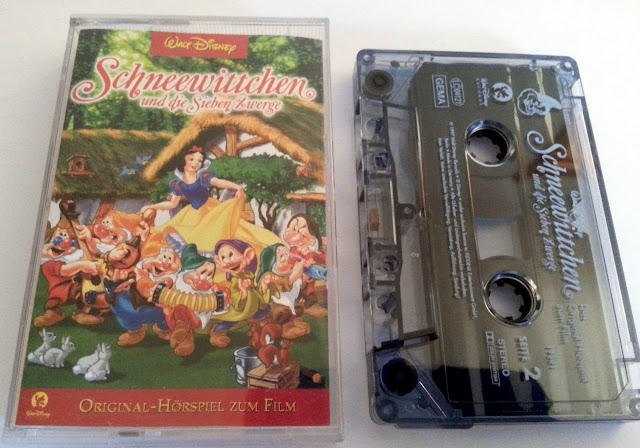 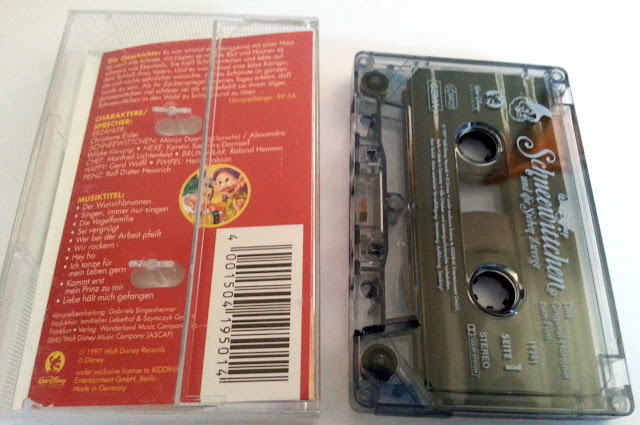 The CD was reissued in 2009 and features cover artwork used on the Snow White Blu-Ray release from that same year. Walt Disney Records. No. 19601. 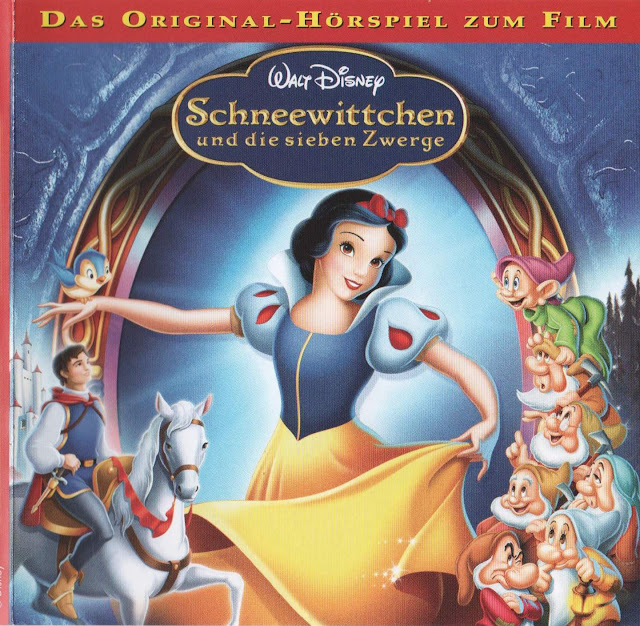 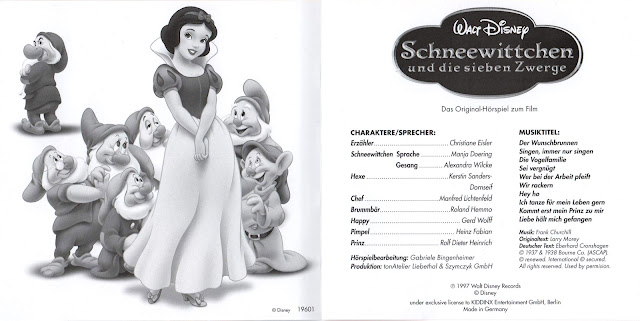 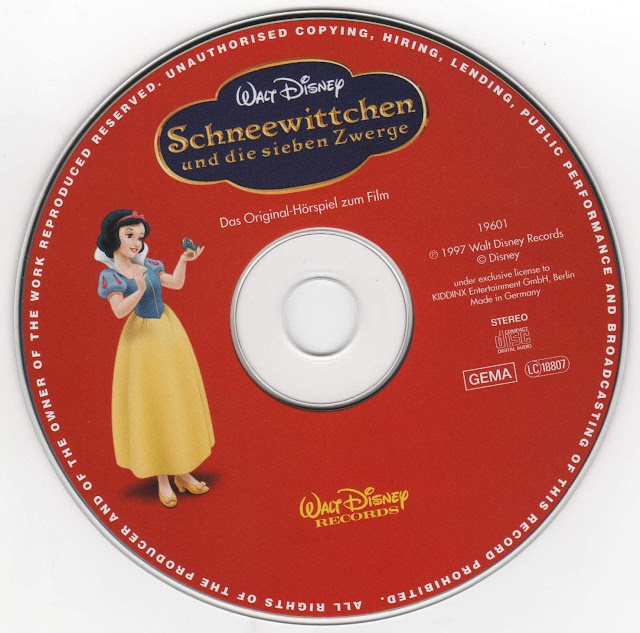 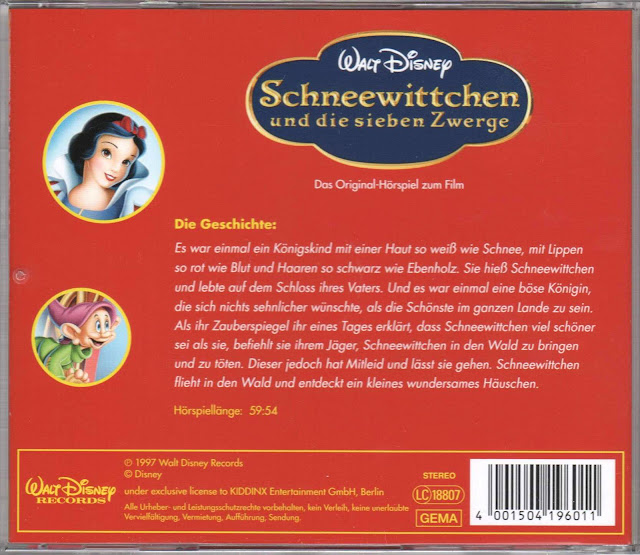 CD image scans and info courtesy of Greg Philip of A Lost Film.
Posted by Snow White Archive at 12:01 AM