This set of glossy sepia colored 8x10 photos dates from the initial release of Snow White and the Seven Dwarfs in 1937. Distributed by RKO. Manuy of these illustrations were created by artist Tom Wood and were published in The Complete Story of Snow White book. Although a couple are concept art sketches by Gustaf Tenggren. Markings on the back vary. One has a stamp that reads, "Property of Kay Kamen Ltd." and another "Property of Walt Disney Enterprises". Others are blank or have tape where a paper blurb may have been attached. 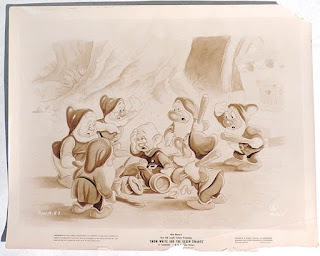 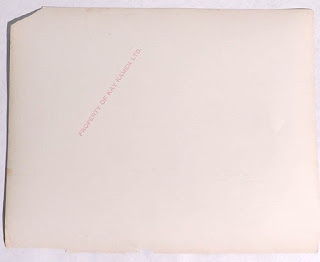 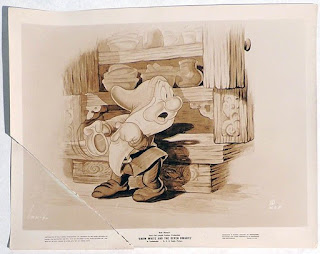 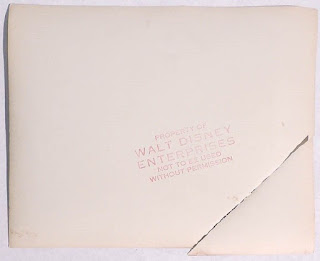 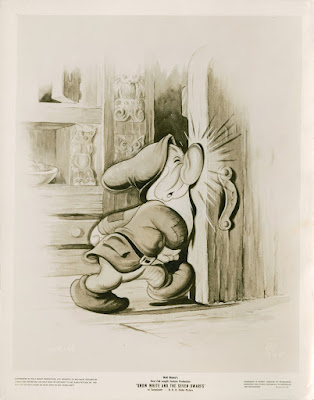 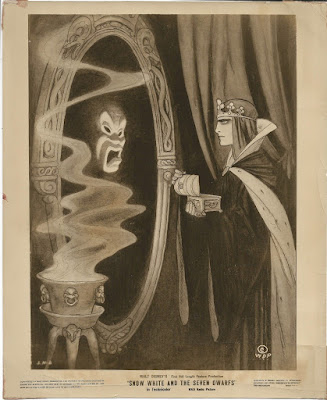 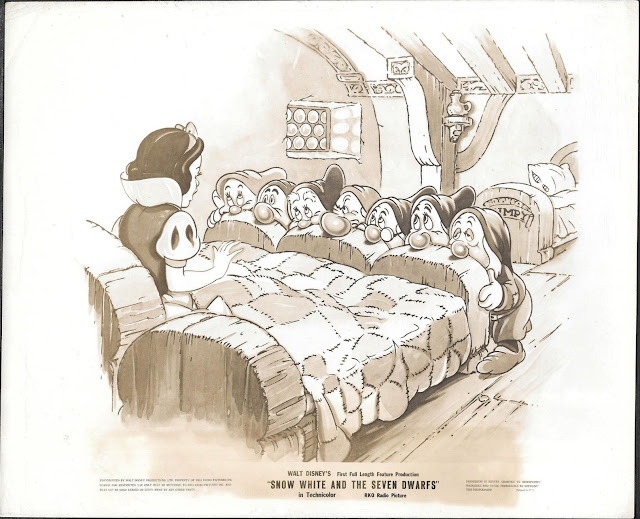 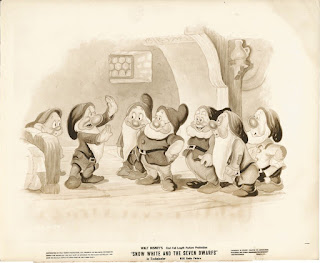 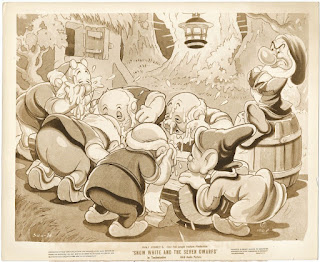 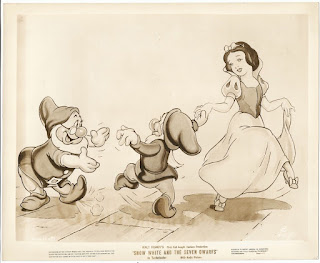 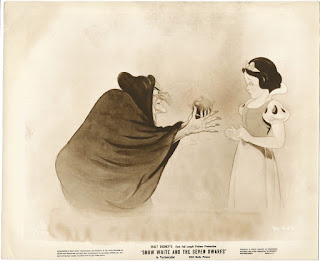 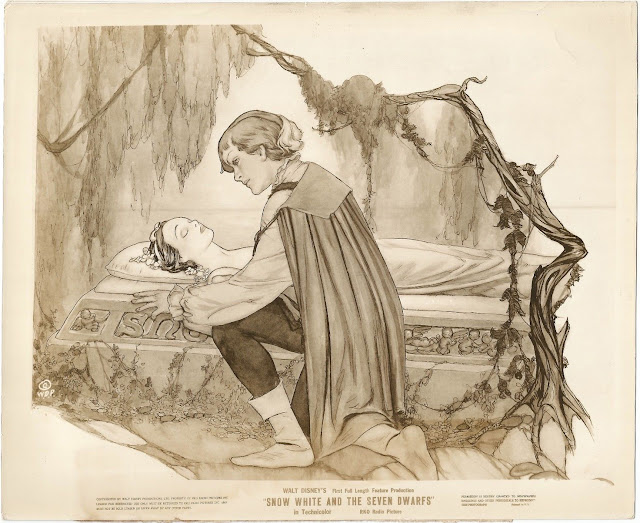 In the previous post, see a very similar set of sepia 8x10 photos that were issued in 1943 for the 1944 theatrical re-release of the film. And in an earlier Archive entry, check out another series of 8x10 photos from 1937-38 that were printed in color.

Special thanks to Nunziante Valoroso for his assistance with this post.
Posted by Snow White Archive at 12:30 PM