Walt Disney Fuzzy Wall Plaques were die-cut cardboard figures with a velvety felt surface. They were marketed for use in children's nursery rooms. Three boxed sets were available--Mickey Mouse, Bambi, and Snow White. 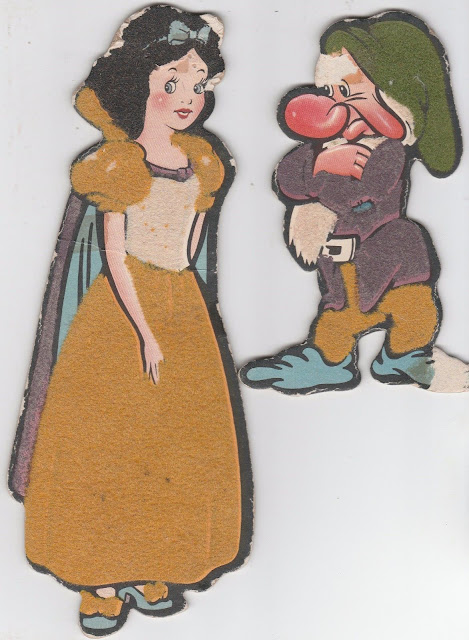 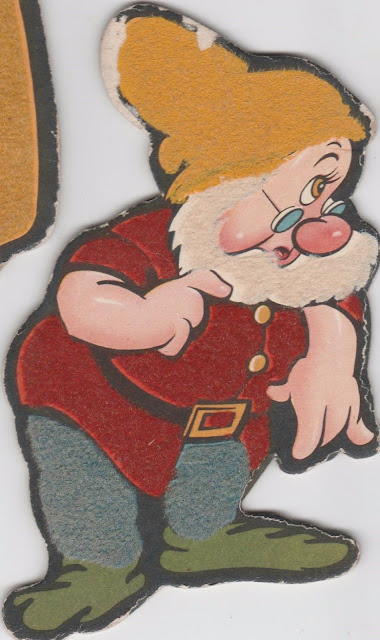 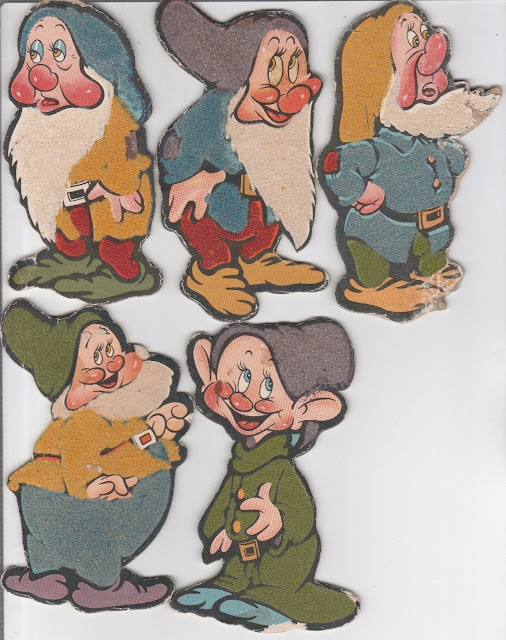 The three series are pictured in a 1944 wholesale catalog from N. Shure Co. 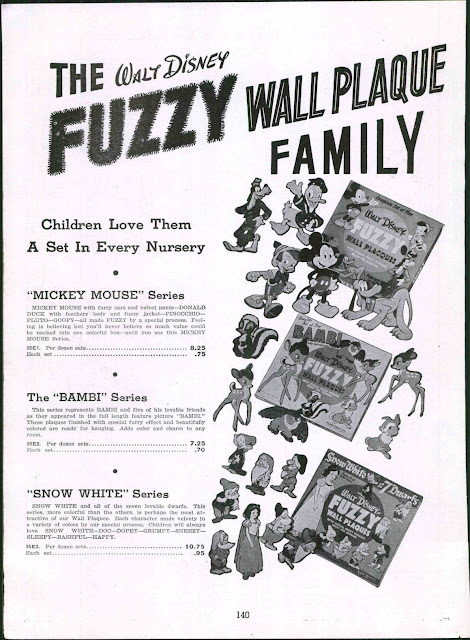 Similar non-felt cutout figures were used in 1946 as premiums for subscribers of Walt Disney's Comics and Stories. See them in an earlier Archive entry.
Posted by Snow White Archive at 12:30 PM