We first saw the Funko Snow White POP! Vinyl series back in 2013. Now here in October 2017, a new collection is being issued commemorate the 80th anniversary of the motion picture. It consists of nine regular figures along with a random Dopey Chase. In addition, three more exclusive figs will be available, one at each of these retailers: Books-a-Million, Hot Topic, and Toys-R-Us. Individual prices seem to vary between $9-$12. Note the 80th anniversary logo on the box front. 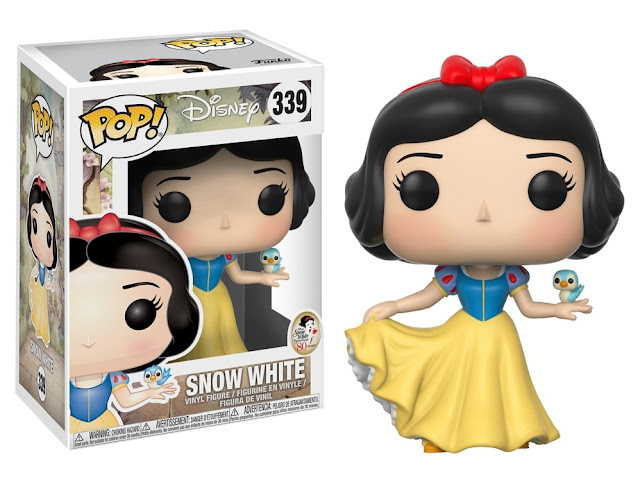 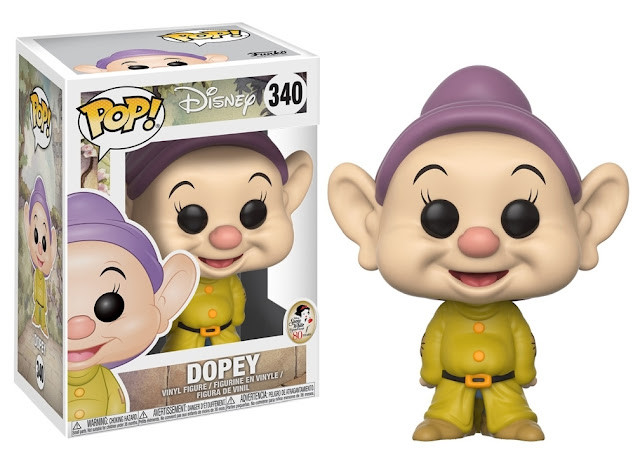 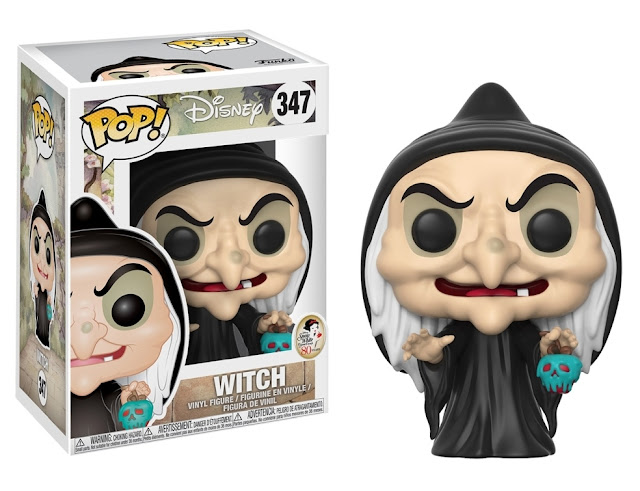 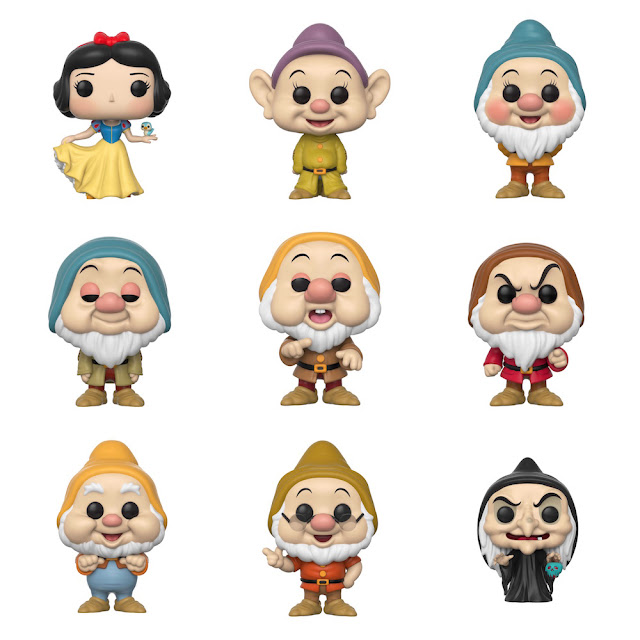 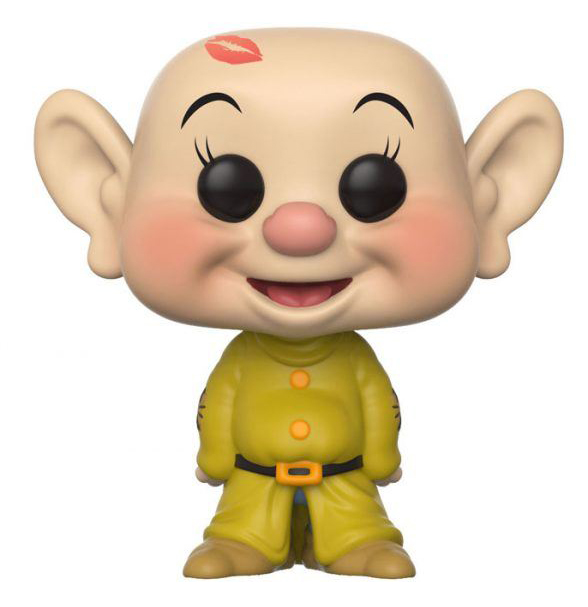 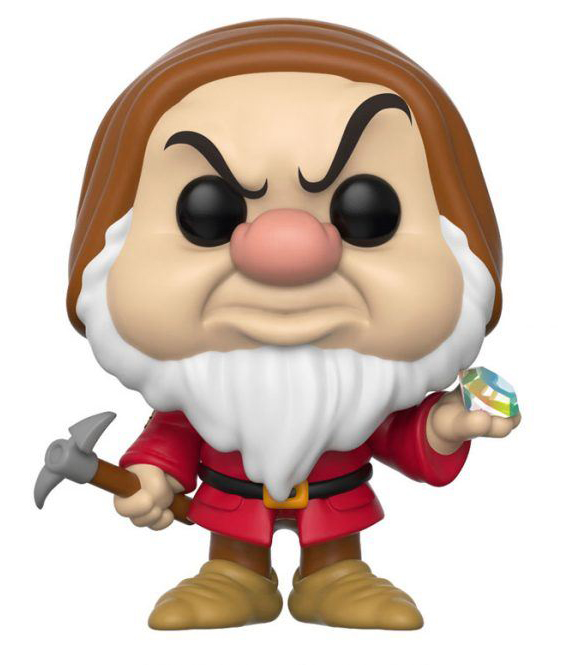 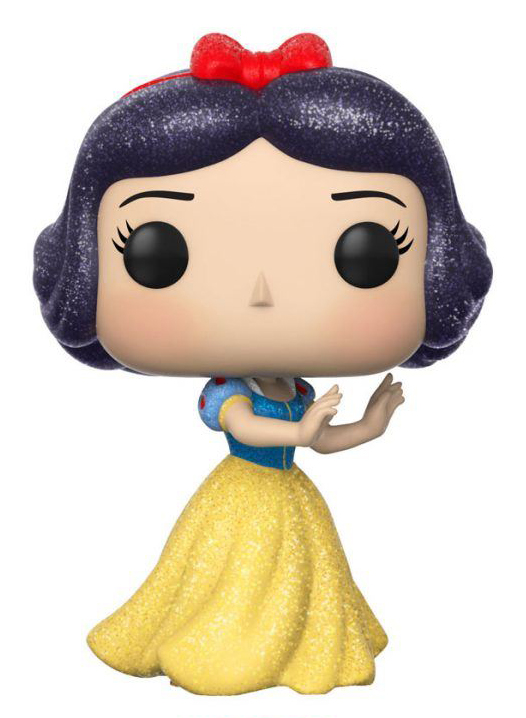 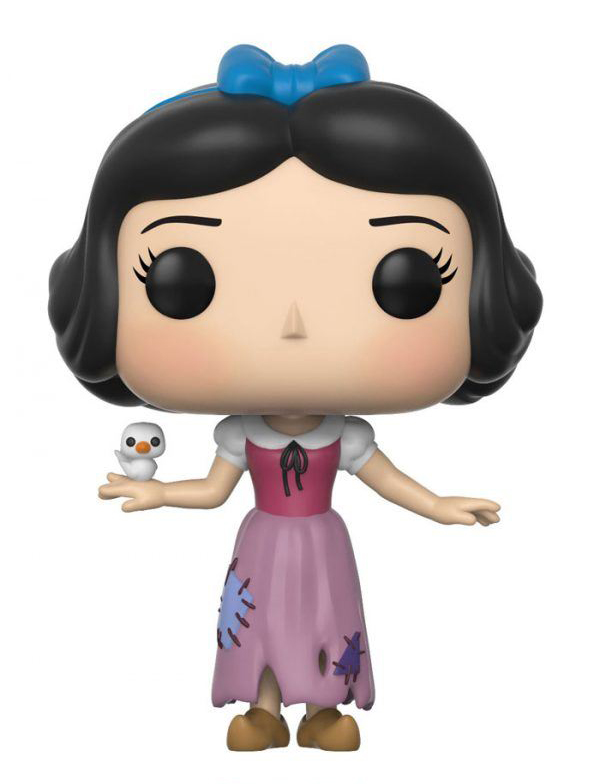