The April 30, 1938 edition of the British Empire magazine, Weekly Illustrated, featured a two-page spread on the voice actors from Snow White and the Seven Dwarfs. Australian cricket star Don Bradman is pictured on the cover along with several article headlines including "Snow White's Dwarfs are Real". 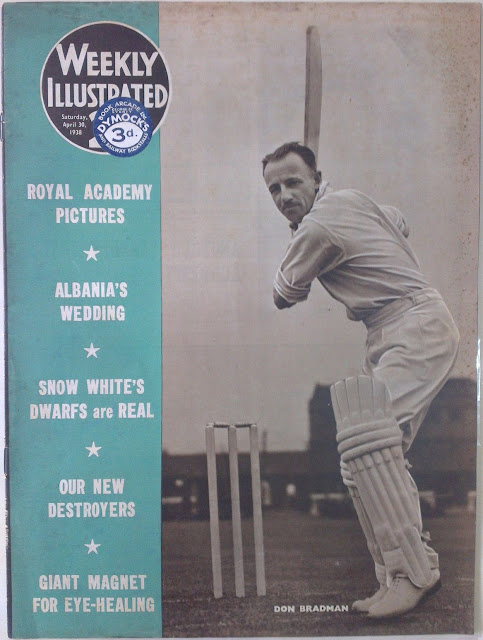 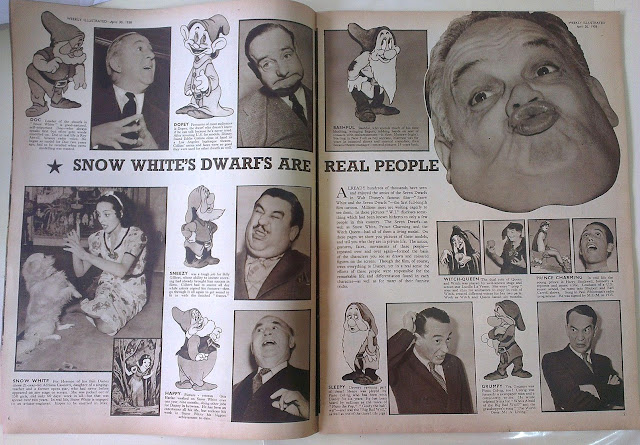 Other magazines of the day also features photo write-ups on the Snow White voice actors. Here's a few of them: