The 1952 first edition has a black box along the bottom front cover with text that reads, "A BIG GOLDEN BOOK IN FULL COLOR" all in capital letters. It also has a yellow box in the upper right corner with the number 10451. 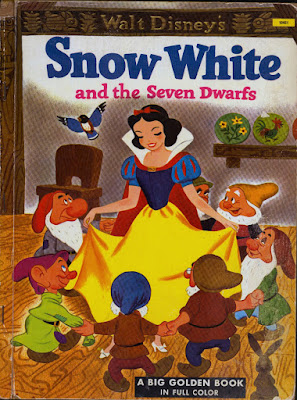 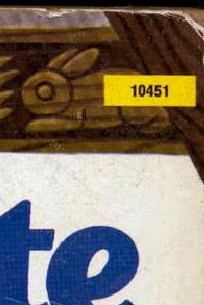 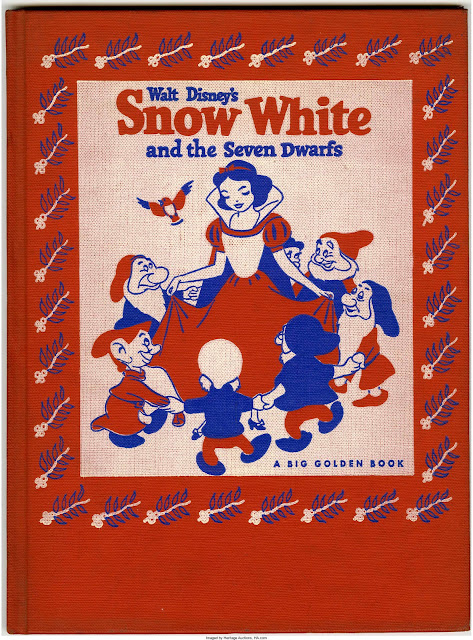 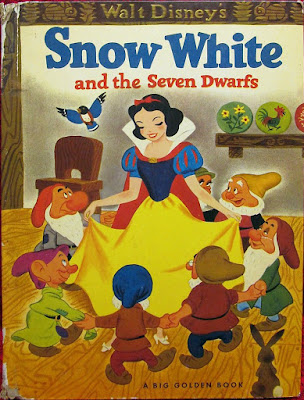 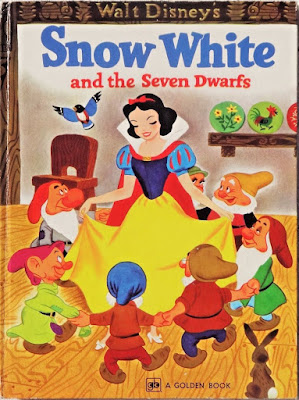 The first edition included a front page with a floral design and a bunny next to text that reads, "Snow White belongs to..." The floral page was found in the rear of the book too but without the bunny and text. The Old Witch on the rear outer cover appeared in all of the editions. 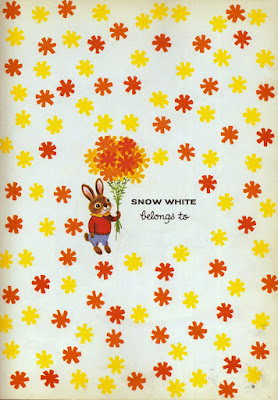 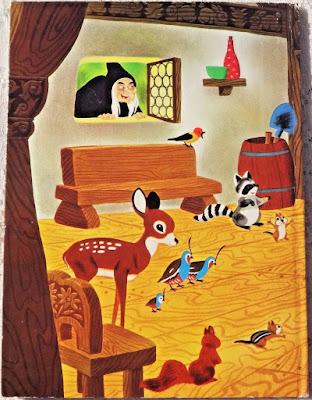 These additional illustrated front and rear pages were also in all editions. 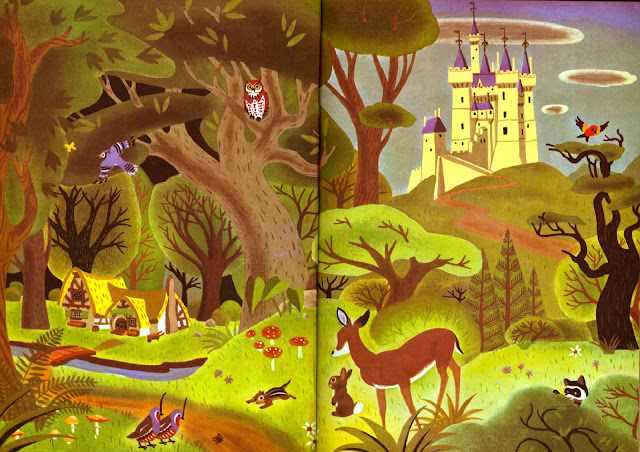 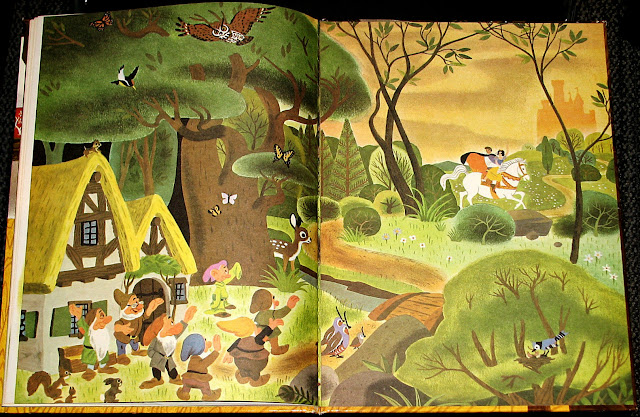 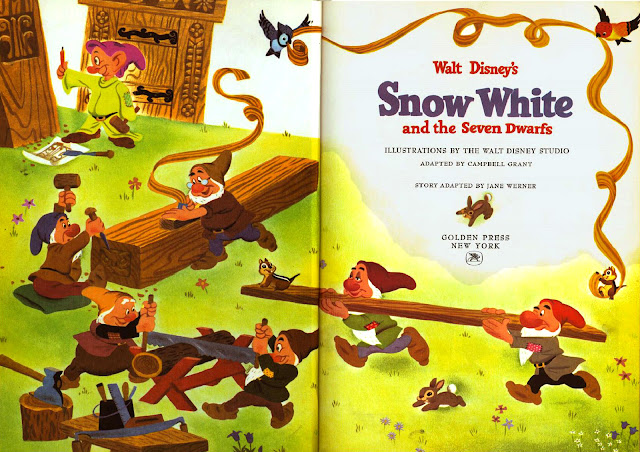 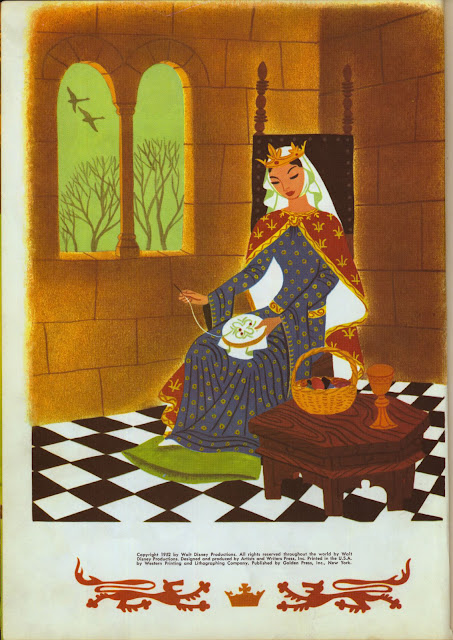 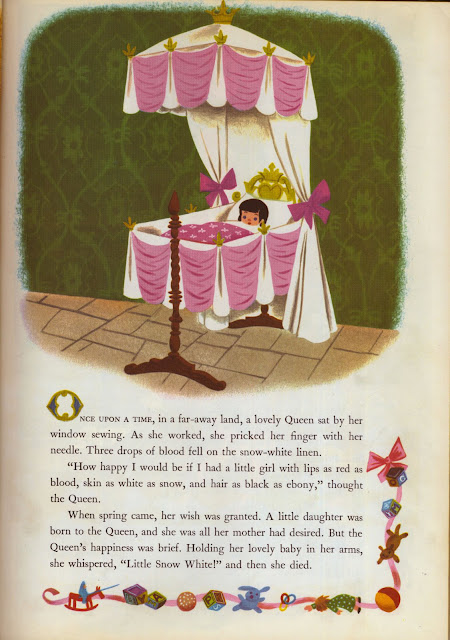 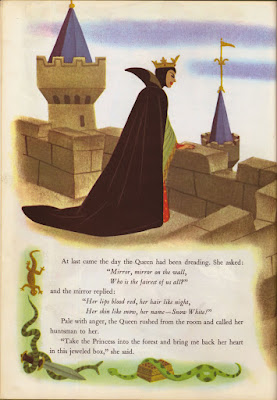 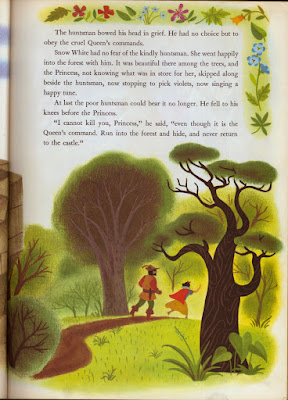 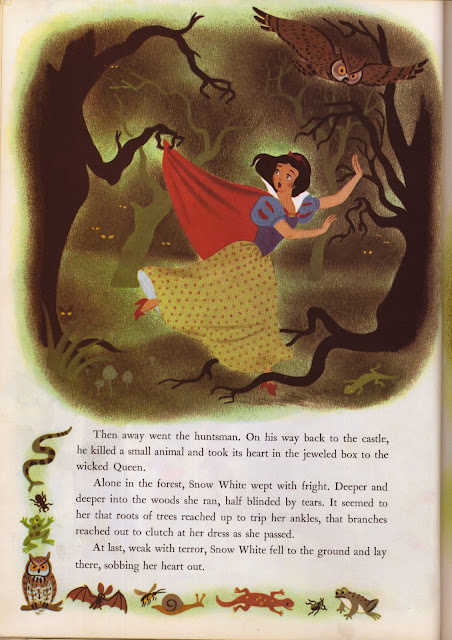 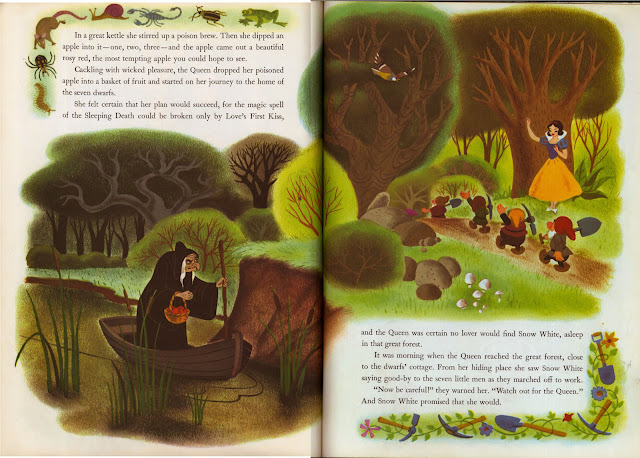 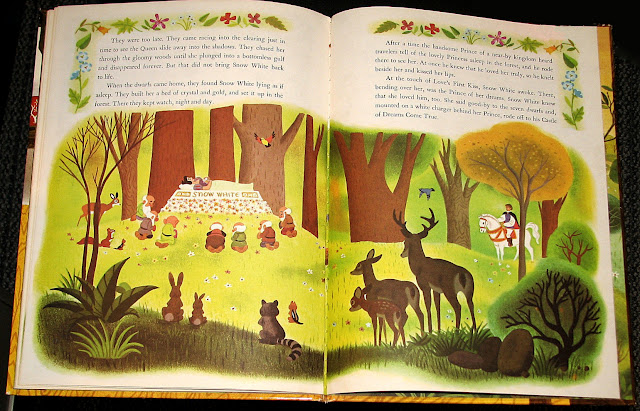 
This 1952 Golden Book had many subsequent re-printings in the years to follow and in other languages too. See the 1954 Hachette Blanche-Neige French edition in an earlier Archive entry. Campbell Grant's distinctive Snow White artwork has been reused in many times over the years. A couple examples include the 1972 Sharjah postage stamps and the 2015 wall prints. Also see a couple of the original watercolors in the previous post.

Special thanks to collector Michael Filippello for his assistance with this post.
Posted by Snow White Archive at 12:30 PM