The Seven Dwarfs and the Enchanted Mountain was a 32-page full-color mini comic book issued in 1947. It was one of numerous General Mills mail-in cereal premiums. Kids could send in 10¢ and a box top from Cheerios, and in return they would receive four mini comic books. Newsprint paper stock. Measures approximately 7" x 3.25". Printed by Western Publishing (Whitman) of Racine, Wisconsin.

Loads of different mini comics were issued for the promotional campaign. Our Seven Dwarfs booklet is labeled Z-3 (third book in series Z). Story synopsis: A message from Snow White tells that the Prince has gone hunting on Emerald Mountain and has not returned. The Seven Dwarfs have several encounters with the Old Witch on their way to find him. 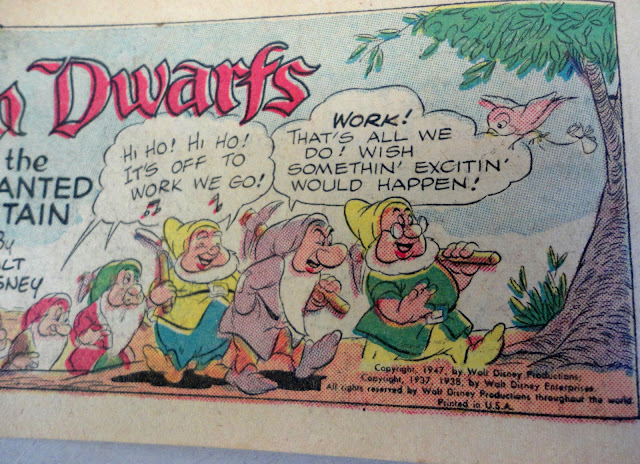 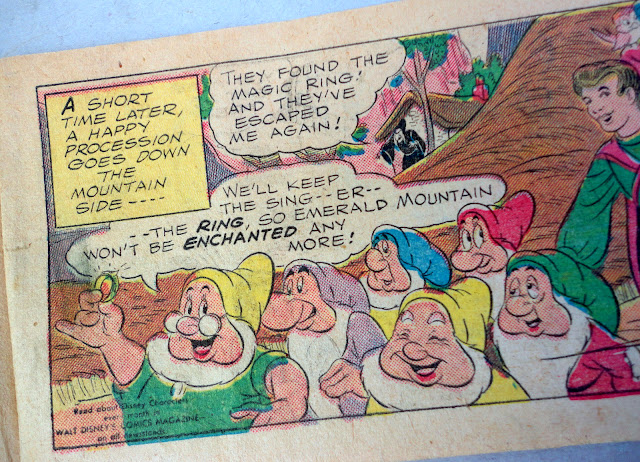 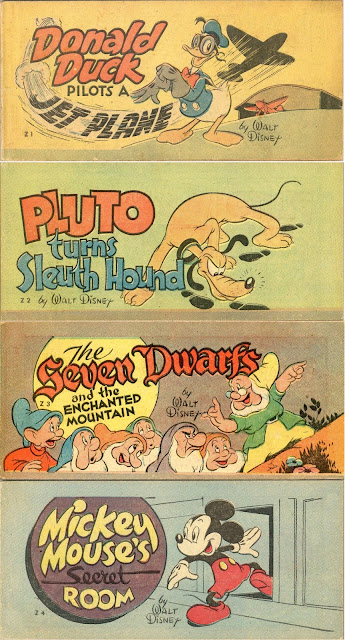 The dwarfs appeared on the back cover of some of the comics in the other series. 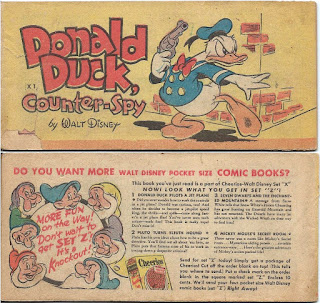 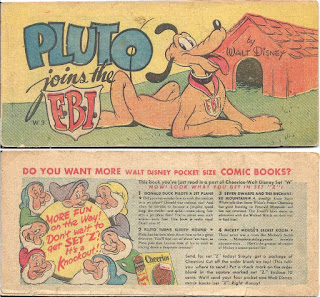 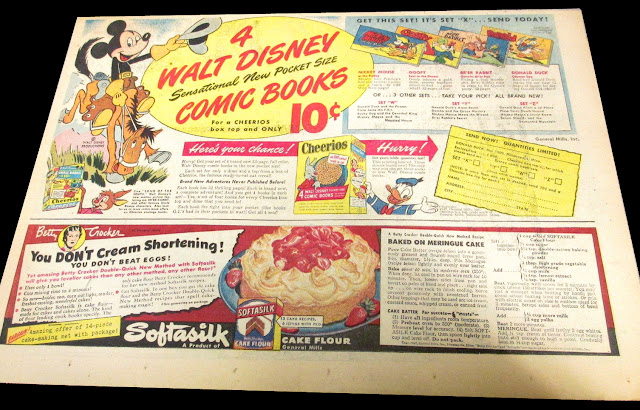 General Mills would go on to have additional promotional campaigns involving mini comic books, but in this one from 1947, a total of 16 different booklets were available, four different series of four.

Snow White mini comics were used in giveaway campaigns for other corporations too:

Special thanks to 1937 Fan of Whistle While We Work for the heads-up on some of these.
Posted by Snow White Archive at 12:30 PM