In an earlier Archive entry, we covered the 1938 Snow White Jingle Club promotion which included a series of thin paper cards that were given-away individually inside packages of bread. Bakeries from coast-to-coast participated in the campaign.

The following year in 1939, another bread promotion was introduced called the Guards of the Magic Forest. Kids could send away for a free background poster (approximately 19.5" x 17.5"). It included 36 numbered spaces where Snow White characters could be affixed. The corresponding characters were printed on thin paper cards and found inside packages of bread. 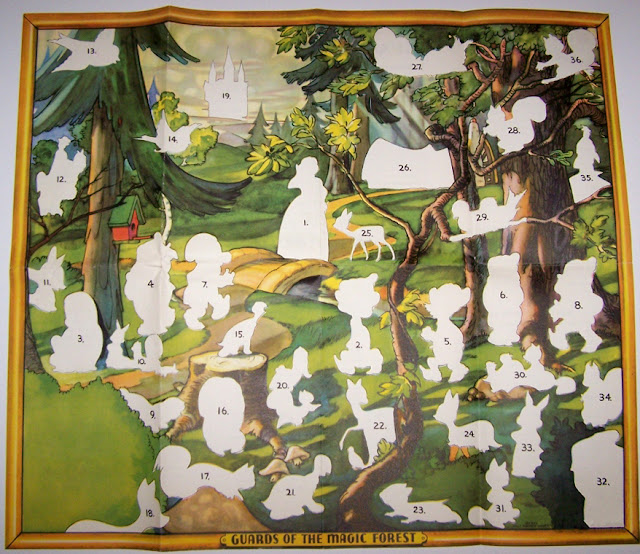 Instructions and info on back. 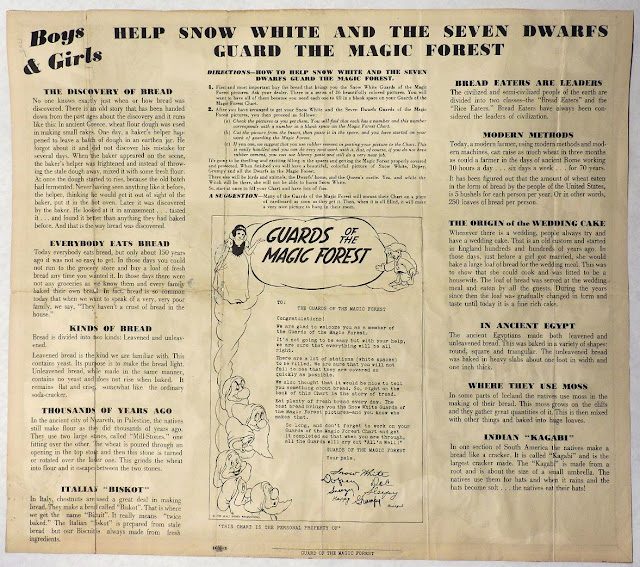 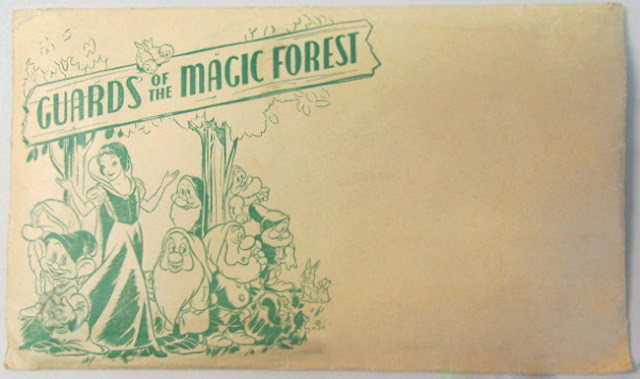 A total of 36 numbered character cards. We've come across several examples of the cards on uncut sheets. It's appears that kids could also send away for the entire collection. 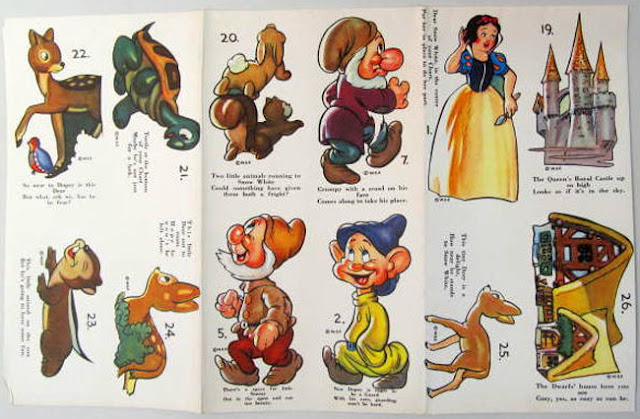 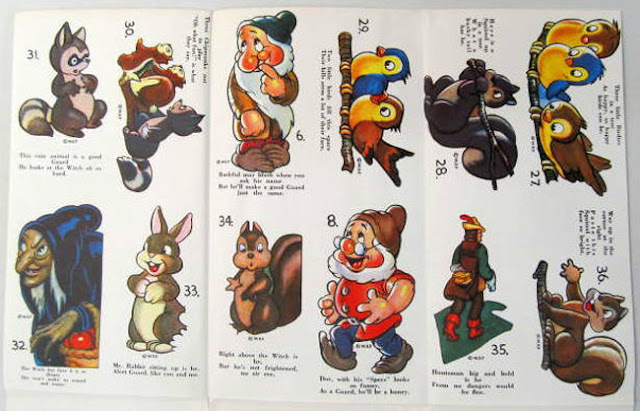 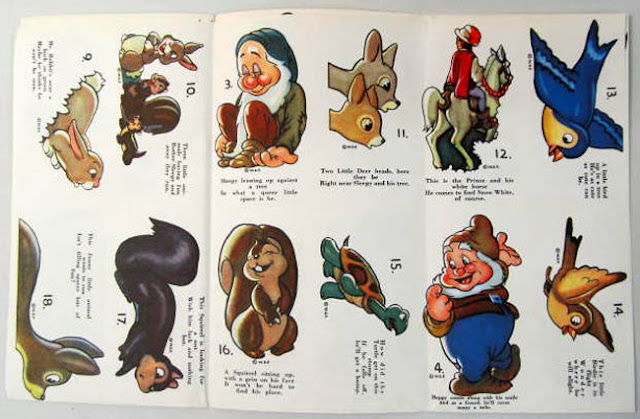 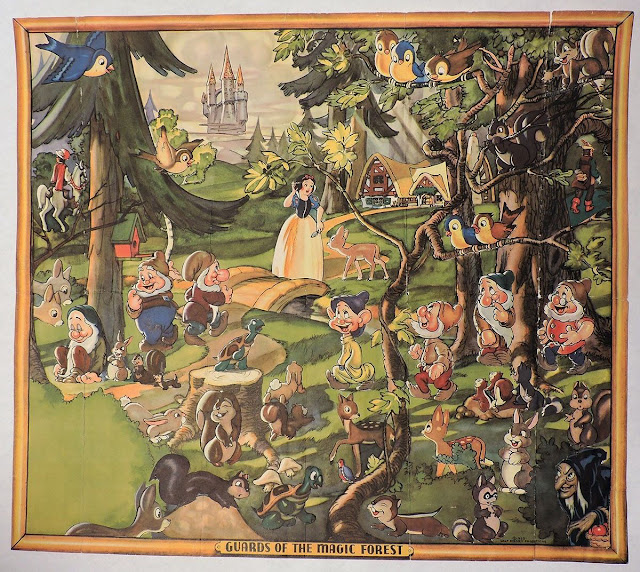 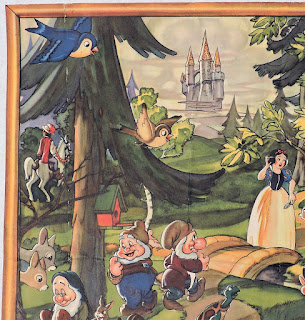 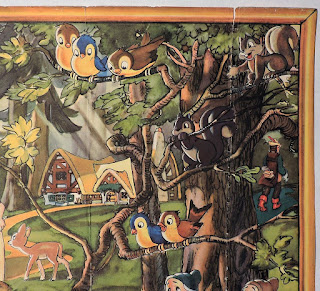 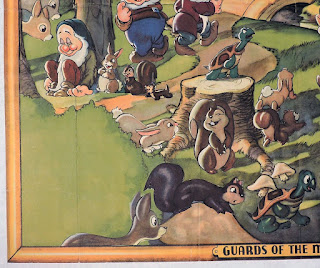 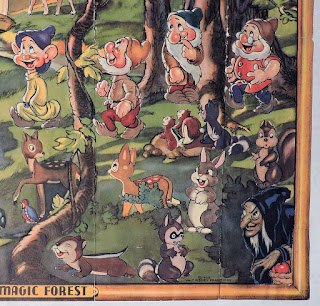 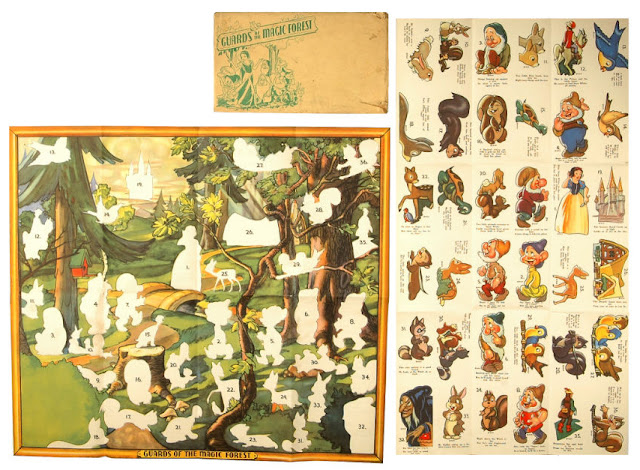 Image via Hake's.
Posted by Snow White Archive at 12:30 PM