In Toon: The Magazine of Animation Art Collecting was a quarterly periodical that ran from 1991 to 1996. Snow White characters made it onto the cover of two different issues--Fall 1992 (Snow, Prince, Dopey) and Spring 1993 (Evil Queen). Articles included information on animated films, collectors like Steve Ison, and artists such as Frank Thomas. 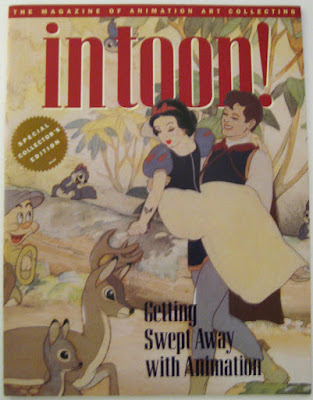 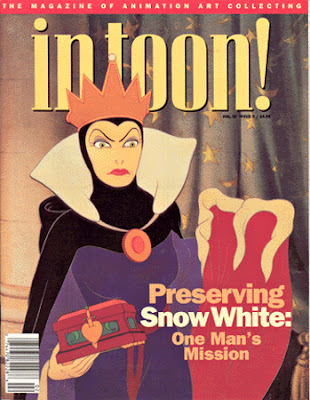 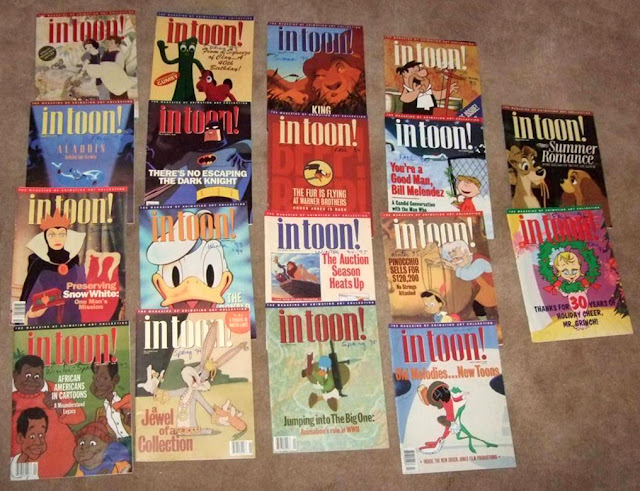 Image via toon-city.
Posted by Snow White Archive at 9:30 AM

Email ThisBlogThis!Share to TwitterShare to FacebookShare to Pinterest
Labels: ~magazines/newspapers