Romano Scarpa (1927-2005) was an artist well known for his Italian Disney comic book stories and drawings, especially those that included Snow White. See an overview of his work in an earlier Archive entry. He produced a wealth of material along with associate Guido Martina.

In mid October 2017, a brand new graphic novel will be released. The book was illustrated by Scarpa and is entitled, The Return Of Snow White And The Seven Dwarfs. Features a collection of four stories originally published in Italy, but this is the first time it will be available in English.

Amazon story synopsis: The Prince leaves Snow White in the care of the Seven Dwarfs while he is gone on an expedition with the king. However the Evil Queen is back! The dwarfs build a special diamond throne for the princess, but when it vanishes, they set out to find the thief. Jiminy Cricket makes a guest appearance. 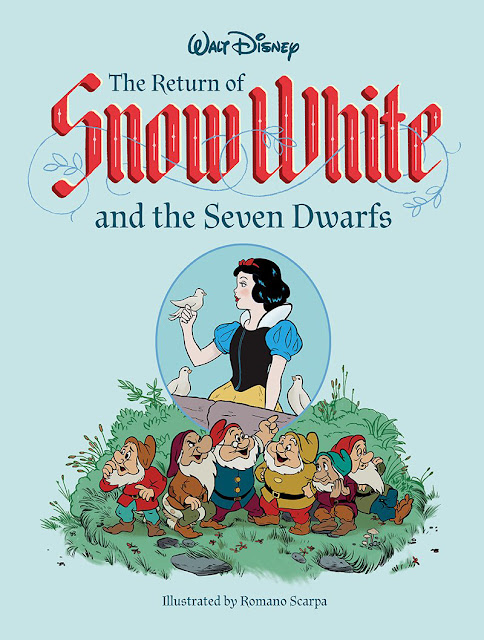 When the book was first listed on Amazon, this was the image pictured. 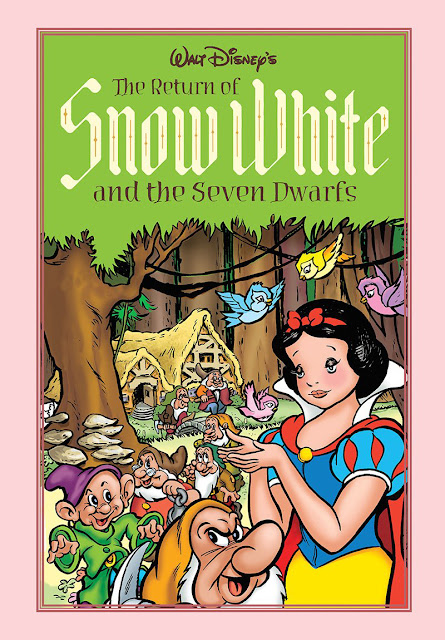