In the 1940s, Tru-Vue of Rock Island, Illinois was a direct competitor of the well-known View-Master stereoscopic slide viewers made by Sawyer. In 1951, Sawyer purchased the Tru-Vue company, along with their exclusive licensing contract with Disney, and moved the base of operations to Beaverton, Oregon.

Both Tru-Vue and View-Master would release numerous Disney character film cards, including Snow White. Each film strip would be placed into the viewer and pointed towards a light source to see the 3D images. Tru-Vue cards worked very much like View-Master except they were rectangular in shape rather than round. Seven scenes per Tru-Vue card. 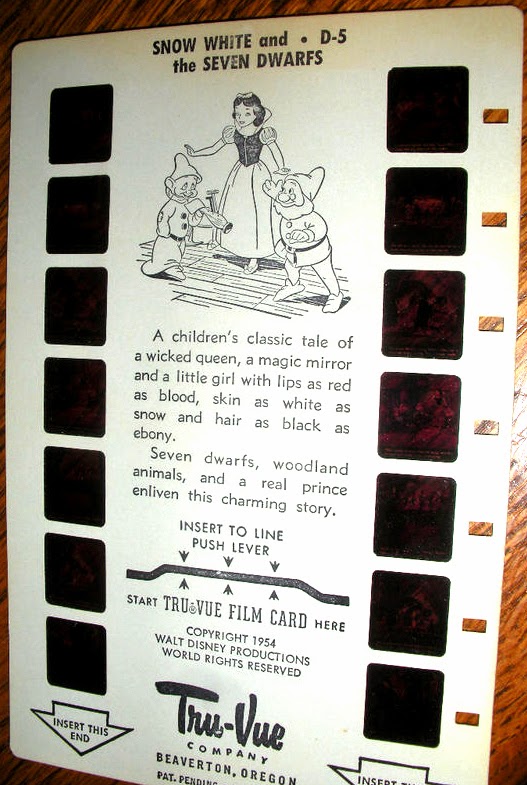 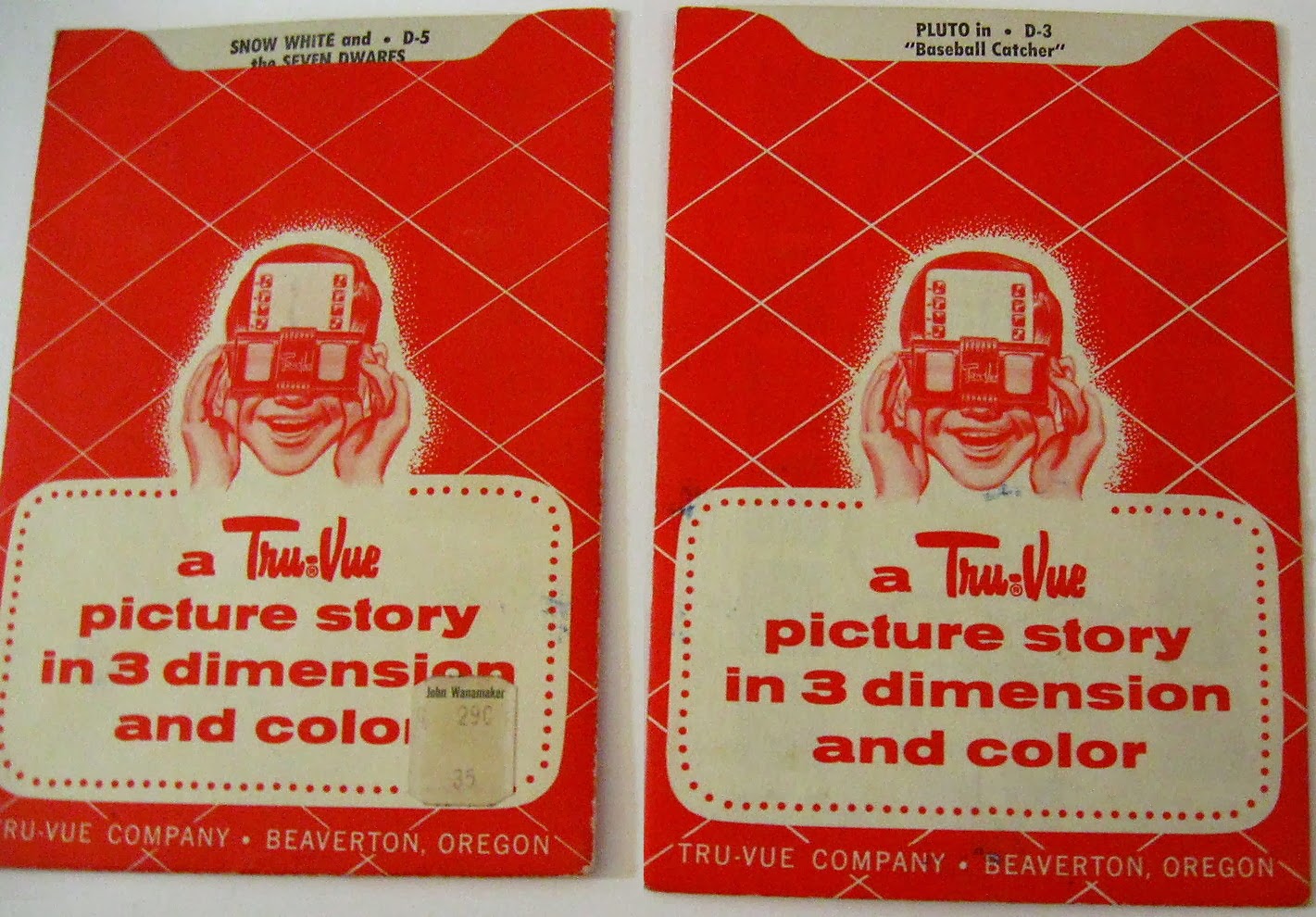 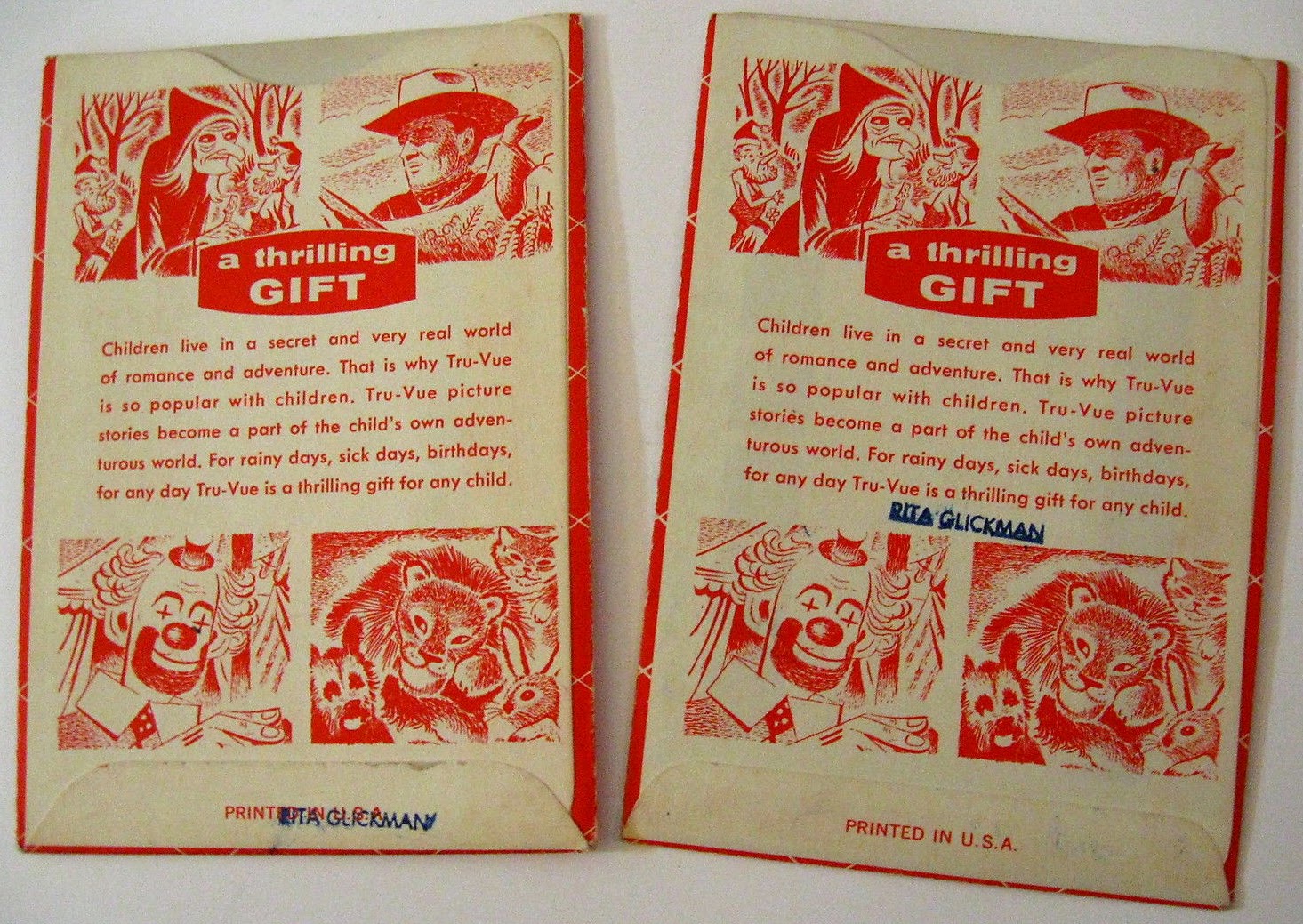 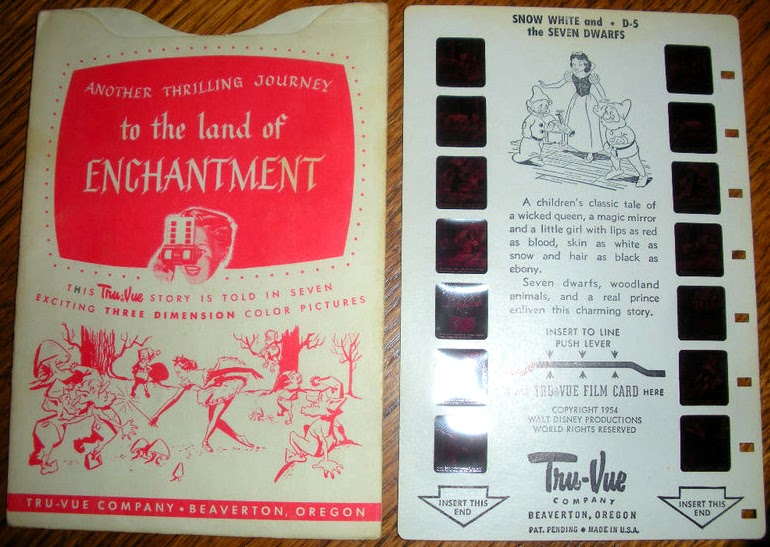 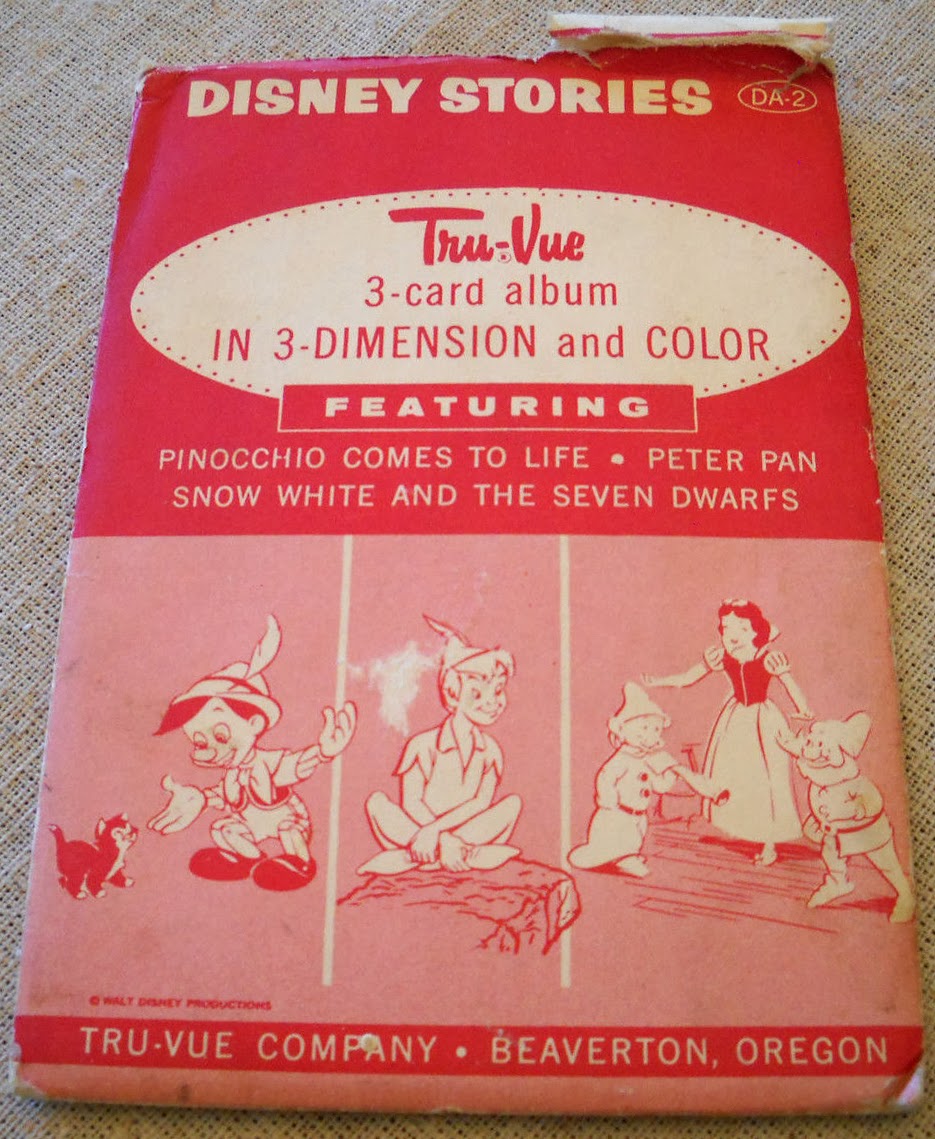 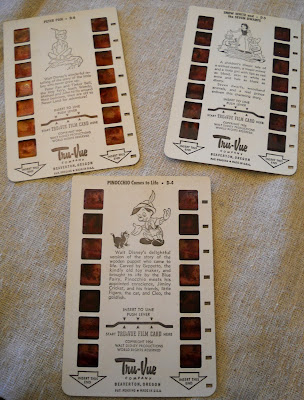 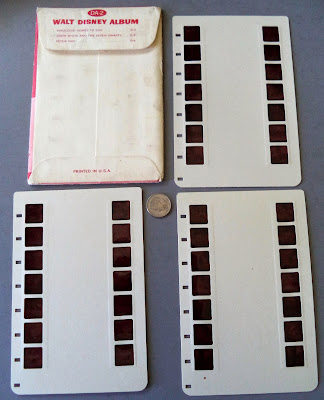 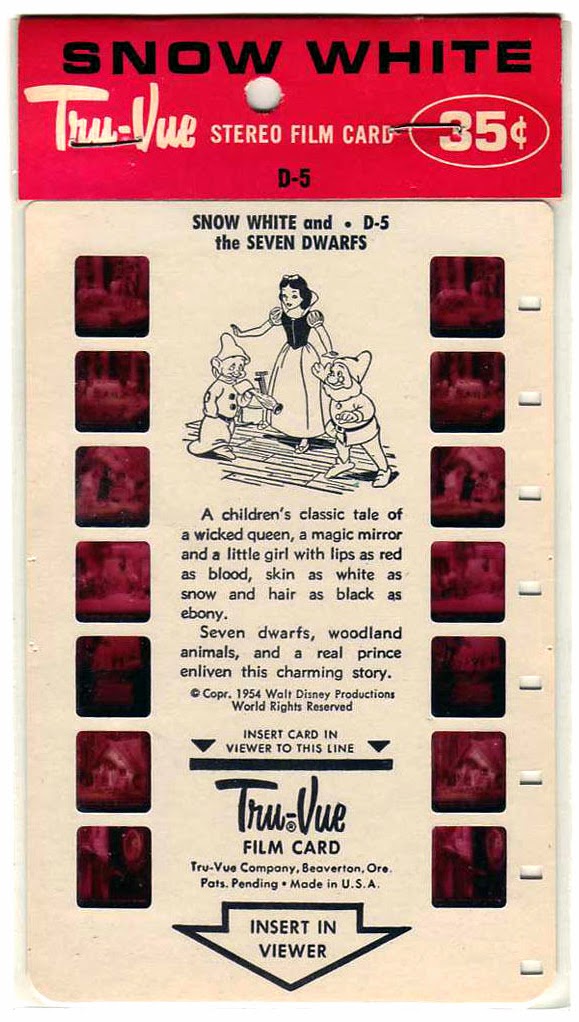 Sawyers Tru-Vue Magic Eyes three-card set. Disney's Snow White is pictured in upper right corner of packaging, yet the illustrations on the cards are of generic characters. 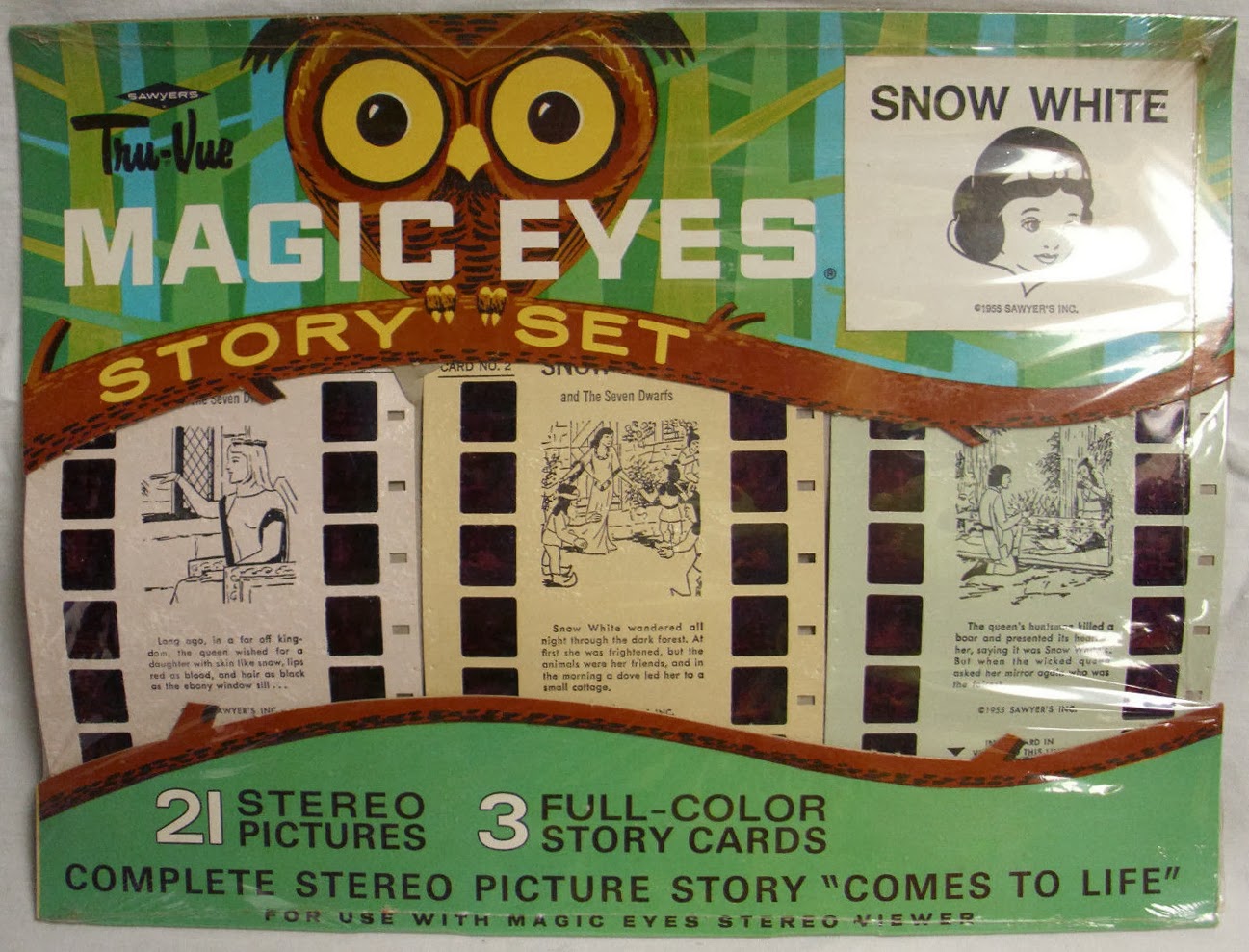 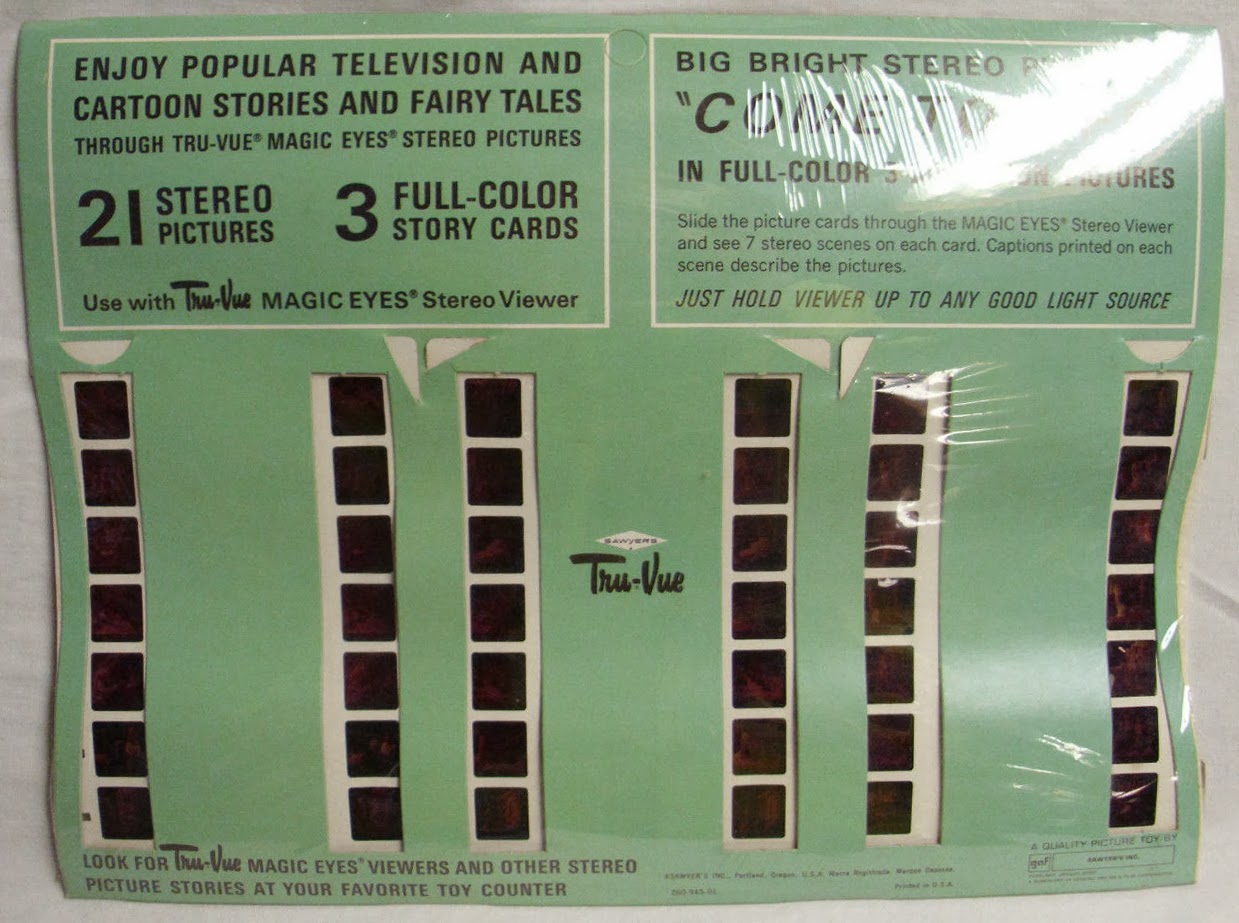 An example of of a Tru-Vue viewer. It is made of Bakelite. 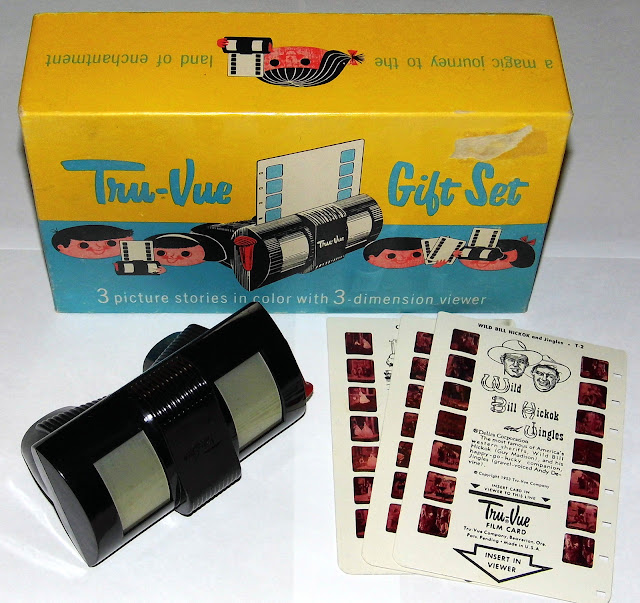 
Opaque illustrated cards. There was at least one unlicensed copycat manufacturer in the 1950s--True-View in Hong Kong--that made opaque cards rather than transparent slides. 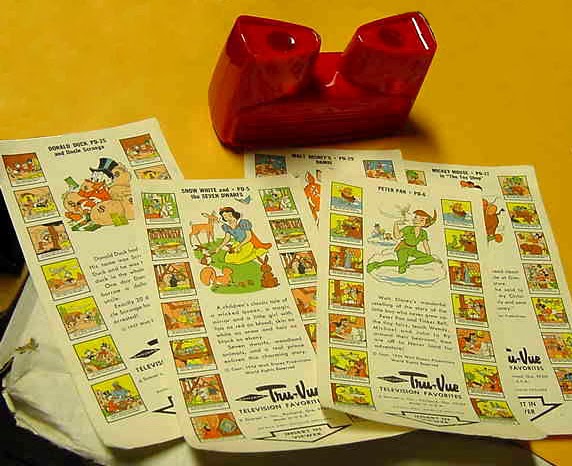 The Tru-Vue brand would continue through the 1960s, yet it would be View-Master that would go on to great commercial success.
Posted by Snow White Archive at 12:30 PM

Email ThisBlogThis!Share to TwitterShare to FacebookShare to Pinterest
Labels: ~reels/slides/filmstrips/viewers