The Mickey Mouse Theater of the Air was a Sunday afternoon radio program on NBC sponsored by toothpaste manufacturer, Pepsodent. The show didn't last very long, only 20 episodes. Yet, the January 9, 1938 installment did headline Snow White (see earlier post). In addition, a Pepsodent advertising campaign was launched that would feature Snow White and other Disney characters, and it included a free mail-in premium--The Pepsodent Moving Picture Machine.

This toy nickelodeon-style projector is made from lithographed black & white cardboard. It includes a side crank handle that turns an internal wheel cylinder which holds 56 color flip cards. The mechanism creates an animated scene with Snow White and the Seven Dwarfs on one side and Mickey and Donald on the other. "Copyright 1938 Walt Disney Enterprises." Approximate assembled measurements: 8"x 7"x 2". 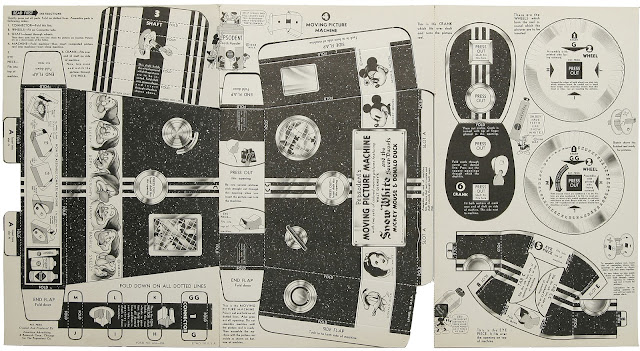 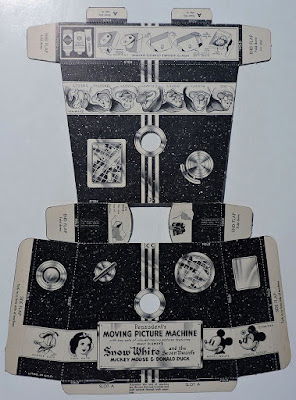 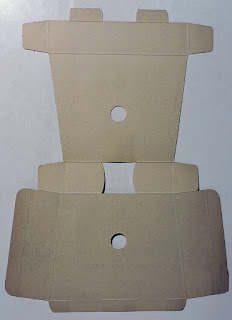 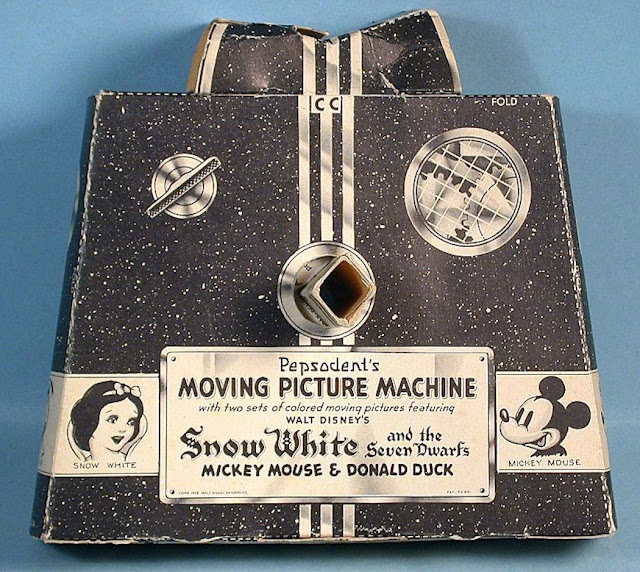 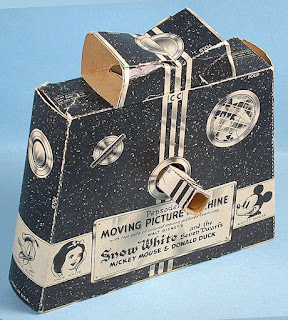 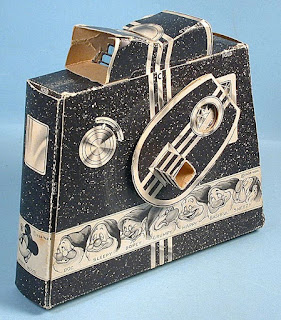 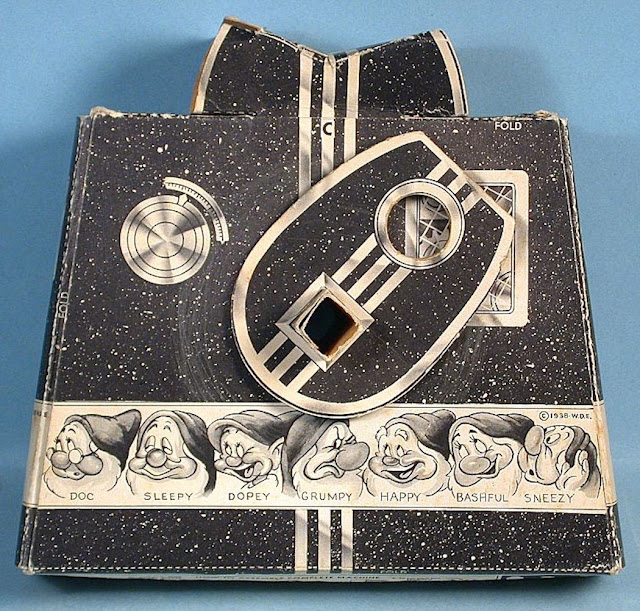 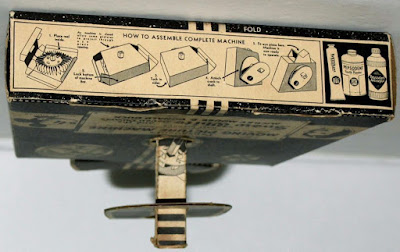 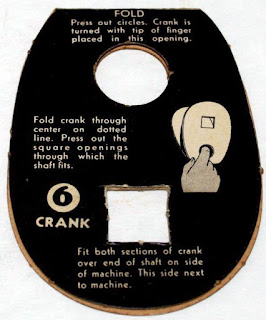 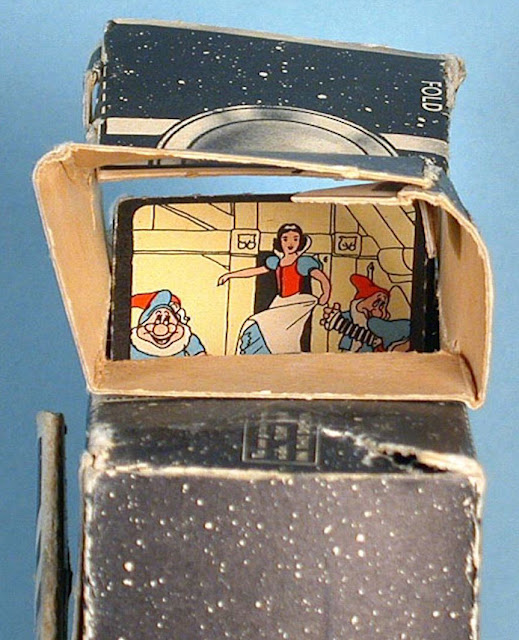 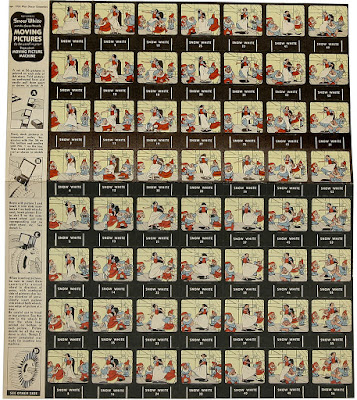 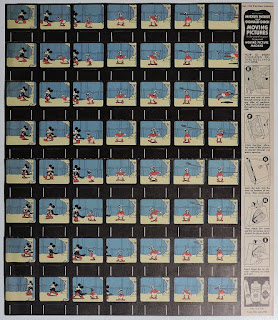 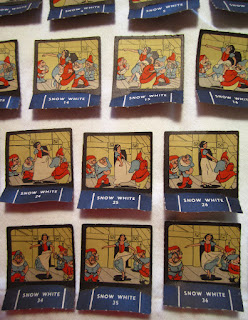 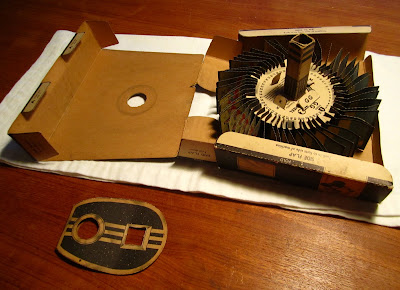 
A 1938 newspaper advertisement for the Moving Picture Machine. 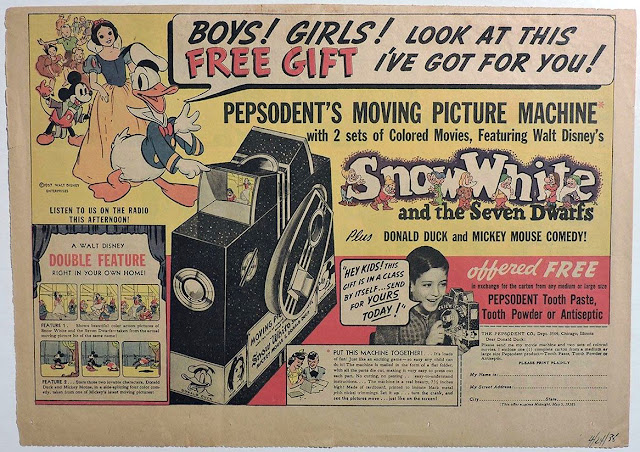 The picture machine and the original mailing envelope have been sold in auction by Hake's and also listed on page 836 of their Official Price Guide to Disney Collectibles, 2nd edition, 2007. 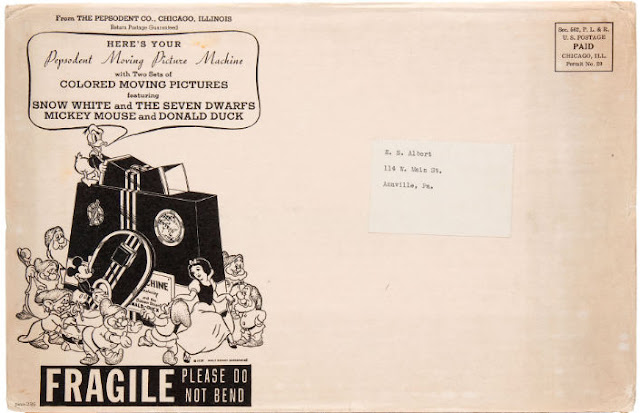 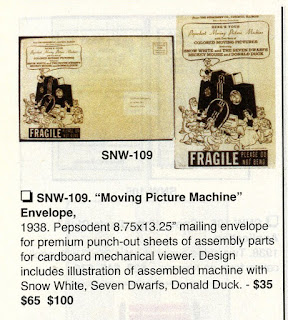 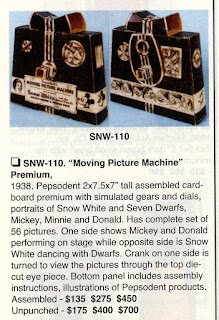