Roughly fifty years ago, an extensive collection of over 600 Disney character trading cards was published in Sweden. They are officially copyrighted by "Walt Disney Productions" but no licensee information appears on the cards. Character names are printed along one border. The backs are blank.

At least two sets were produced--numbered and unnumbered. The first may date from the 1960s, the other the early 1970s. Card dimensions: approximately 4.5 x 6.7cm (1.75" x 2.75"). Some of the Snow White artwork may be original to this series but others are taken from various sources including the 1944 Dell comic book and 1952 Golden Book. We have not yet located most of these, yet a nice sampling of the Snövit cards follows. 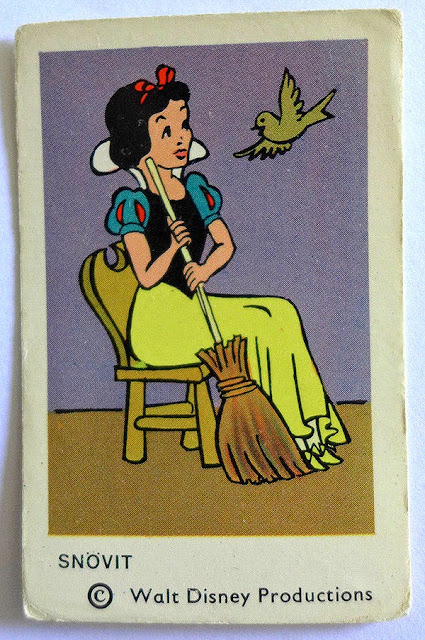 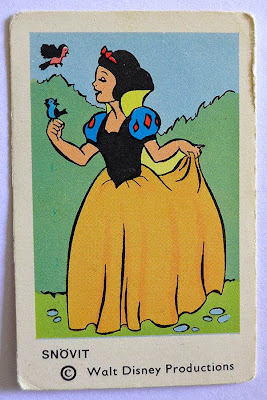 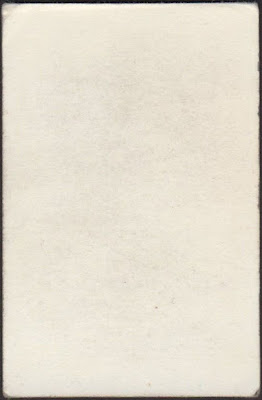 Two printings of this card show slight variations, the second with Snow White's name written in both Swedish and English. 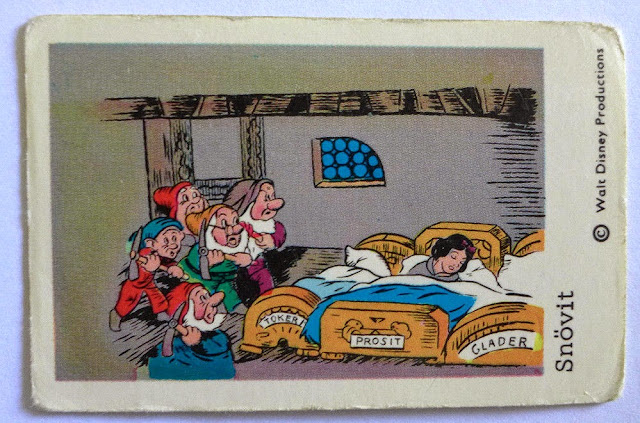 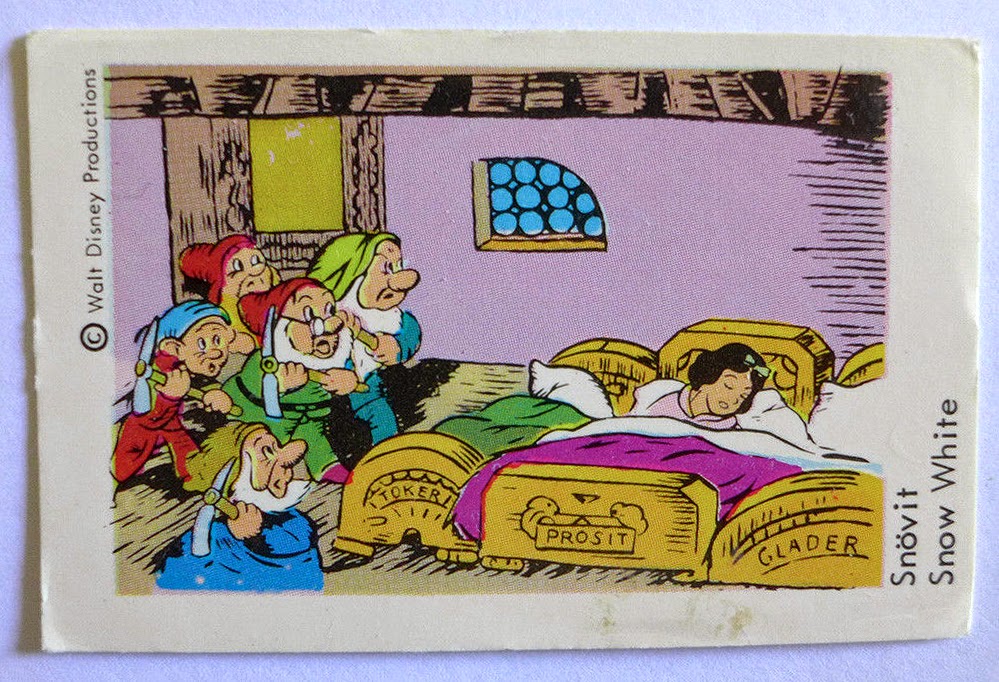 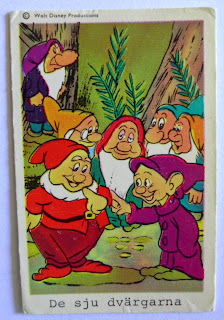 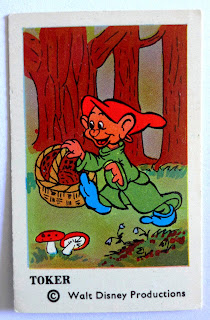 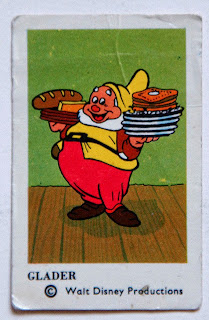 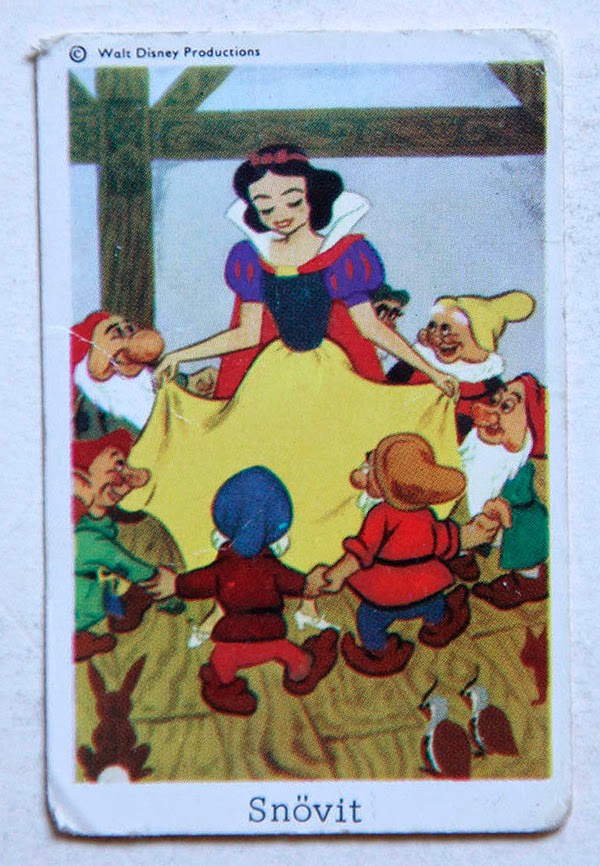 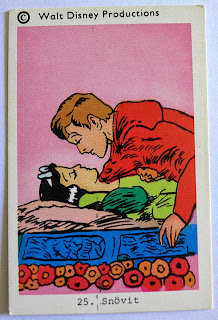 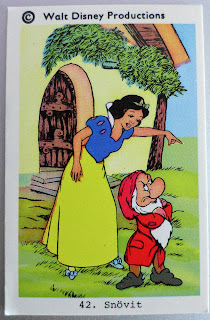 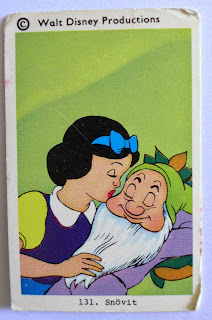 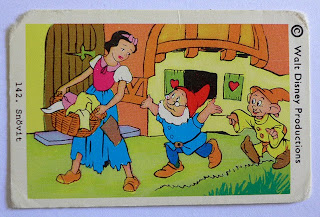 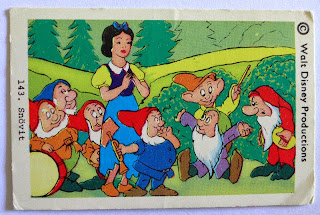 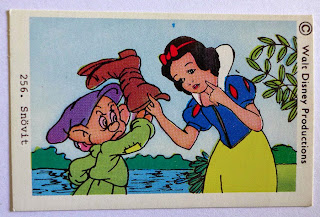 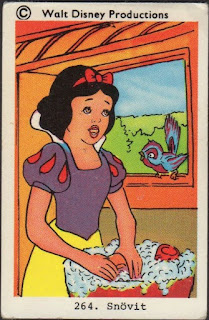 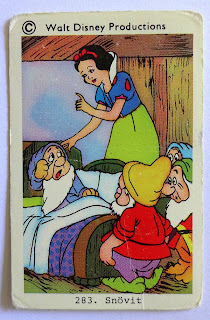 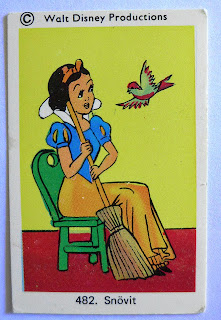 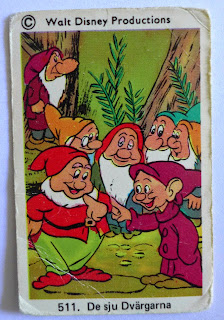 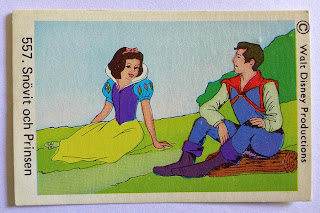 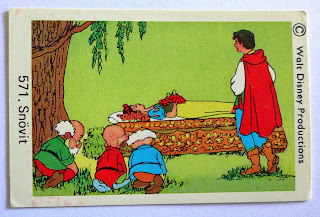 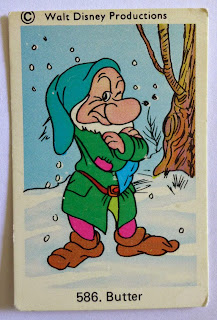 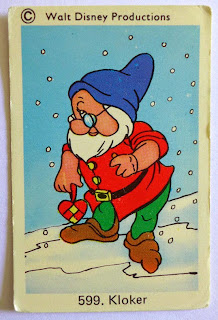 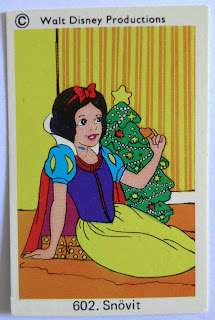 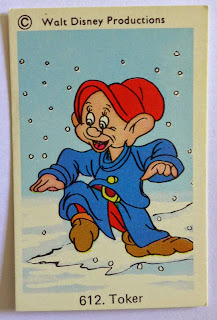 A few of the other cards in the collection. 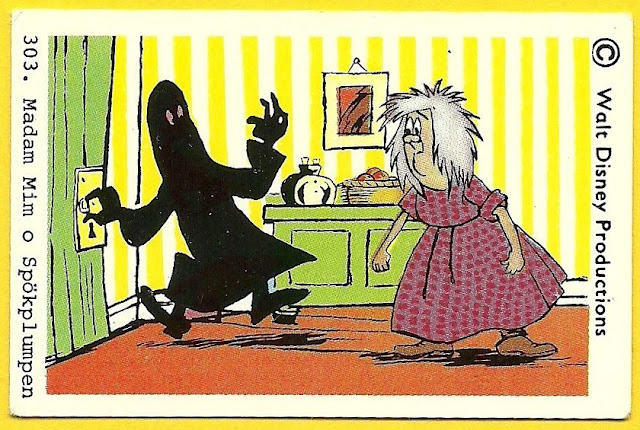