In the previous post, we saw the commercial short, Walt Disney's Standard Parade for 1939. It was in that same year that the Standard Oil Company of California ran a nationwide promotion which featured Mickey and Donald racing from New York and Miami--across the United States and Canada--to the Treasure Island site at the Golden Gate International Exposition in California.

Kids could follow the race in a series of 18 numbered Travel Tykes Weekly newspapers. In addition to Mickey and Donald, these papers also included Snow White and the Seven Dwarfs and other characters. Each edition featured games and activities, plus two picture stamps which could be cut out and glued to the boarder of a free Race Map that was handed out at gas stations. Each newspaper measures 11" x 15" and consists four color pages. 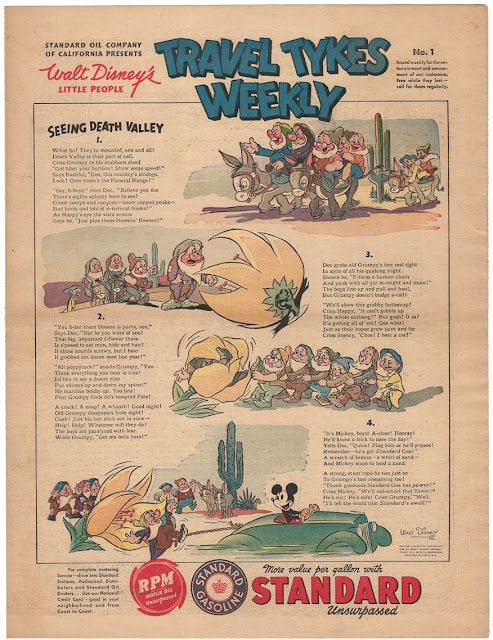 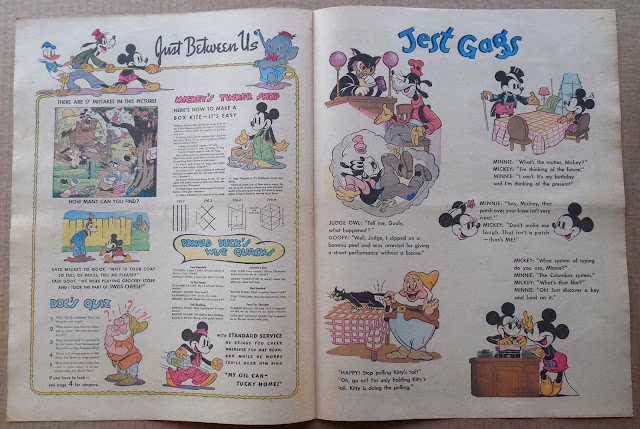 The two cut-out stamp pictures are found on the back page. 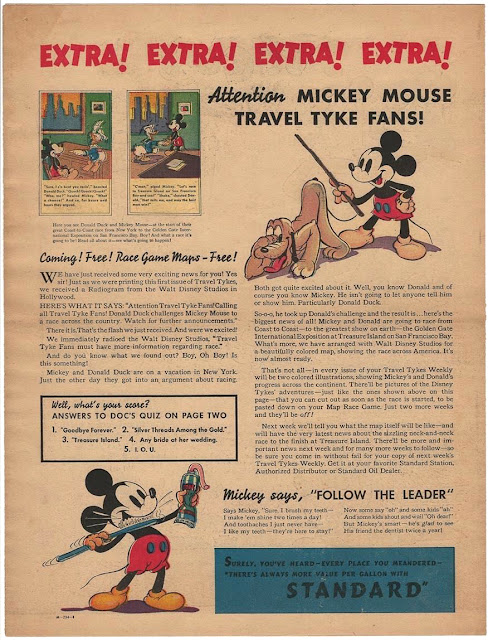 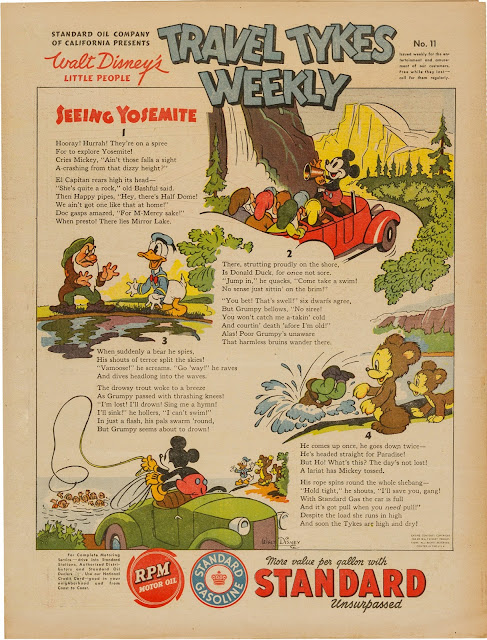 
The Race Map features 36 spaces around the border for the cut-out picture stamps to be attached. 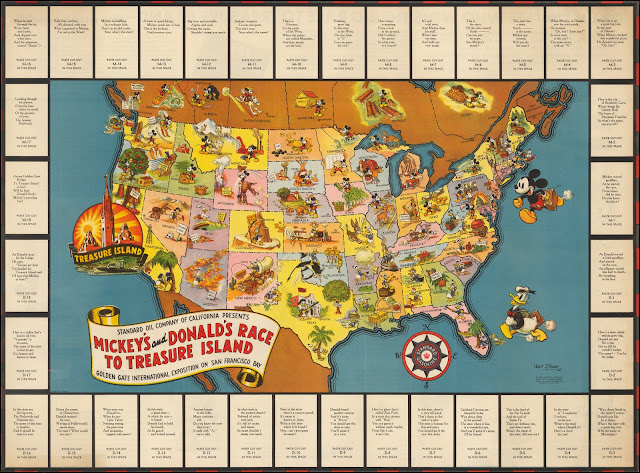 The Dwarfs Start Out to See the World. This in-progress layout for the ad shows the preliminary artwork which would eventually be updated before the final publication. 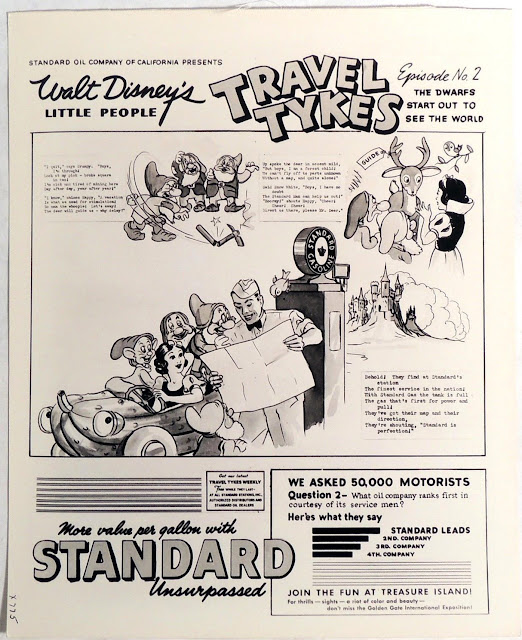 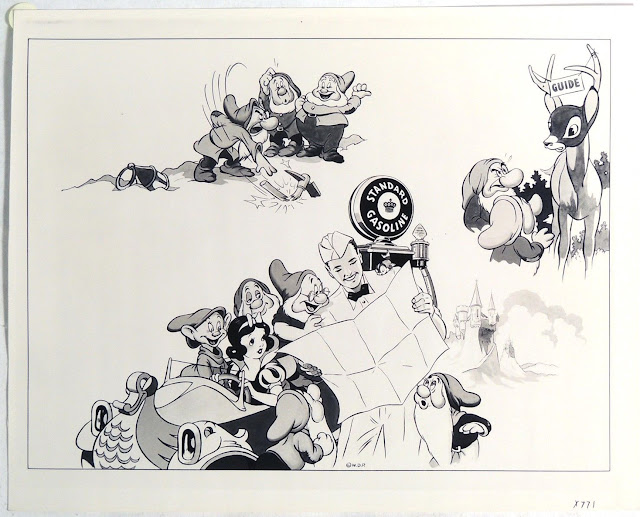 The same artwork with the service station man would also be used in a magazine ad, July 1939. 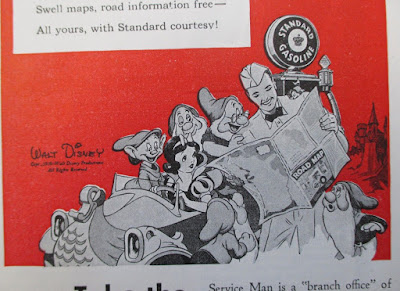 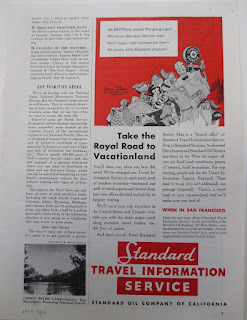 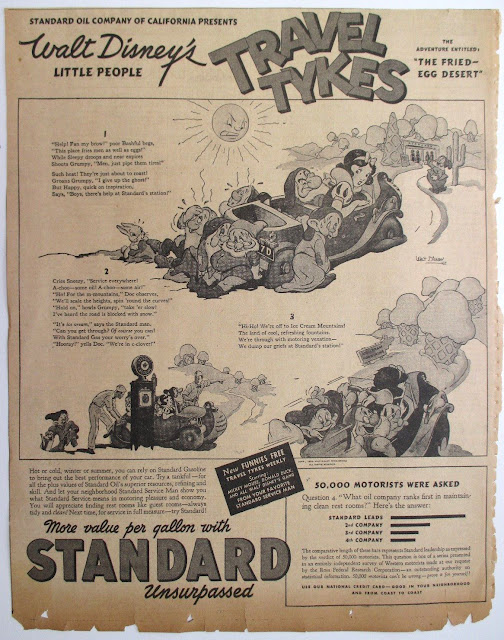 The Witch Queen's Curse. Newspaper ad seen in both full-color and B&W. 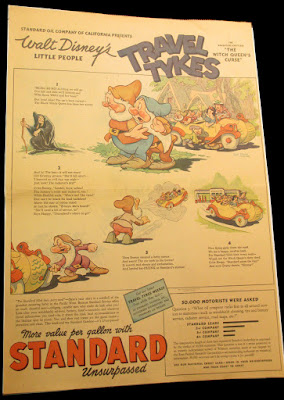 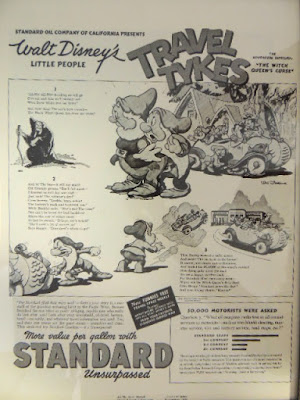 
Snow White Day at the Fair, 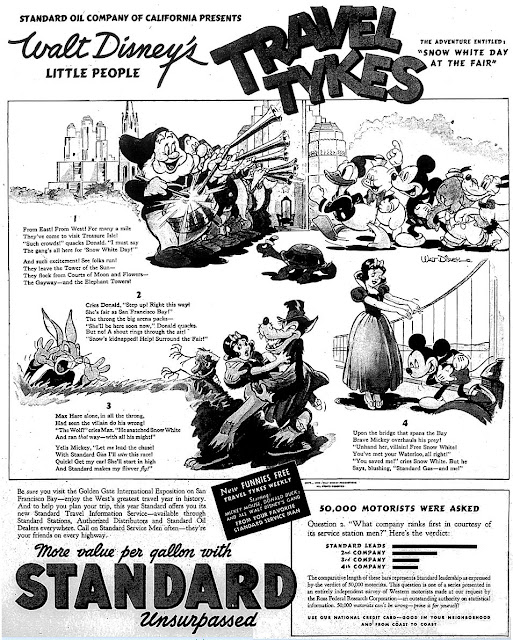 
Other Travel Tykes ads have been seen with different sponsorship, such as the Standard Oil of Texas (rather than California).
Posted by Snow White Archive at 12:30 PM