From 2004-2007, Disney Auctions released several different sets of pins based on the ceramic designs of Elisabete Gomes. Most measure 2.5" across. All are limited editions of 100. Usually 25 pins were sold individually while the other 75 were packaged as a set. The backs are signed with a felt pen by the artist. Here are the ones with Snow White-themes.

Evil Queen at window. Issued March 11, 2004. Part of a group of six pins that also included Maleficent, the Sprite from Fantasia 2000, and three with Mickey Mouse. 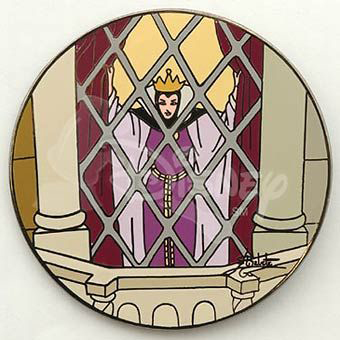 Evil Queen in throne chair. Issued January 10, 2005. Sold in a group of five pins which also included Alice in Wonderland, Tinker Bell, and two from Nightmare Before Christmas. 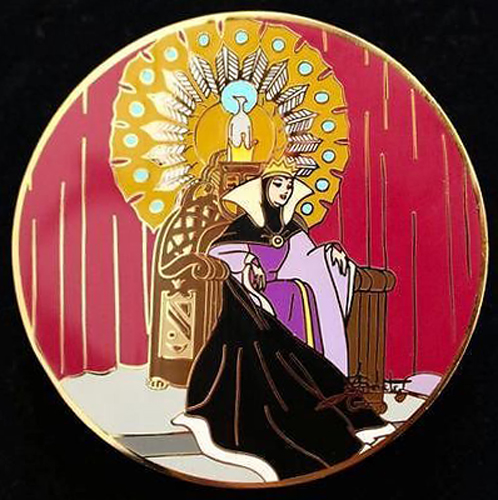 Old Hag + Evil Queen. Both were released on October 27, 2005 as part of a set of six pins. The other four included Alice in Wonderland, Mickey & Minnie, and two from Nightmare Before Christmas. 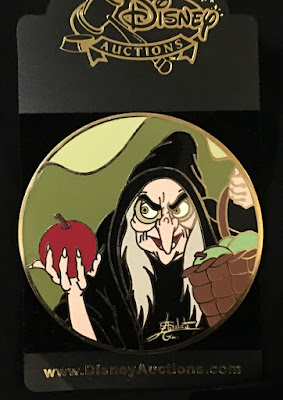 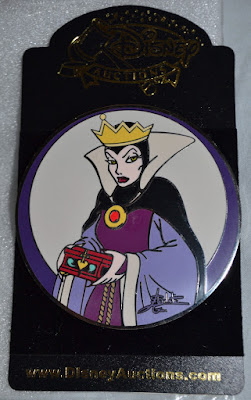 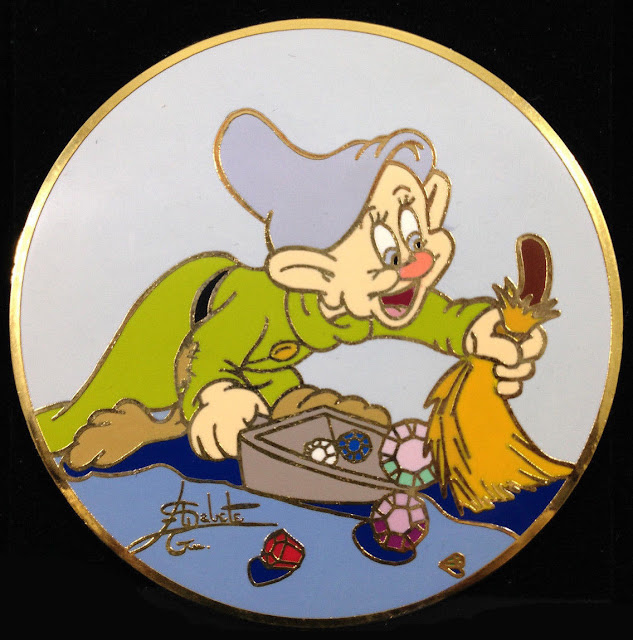 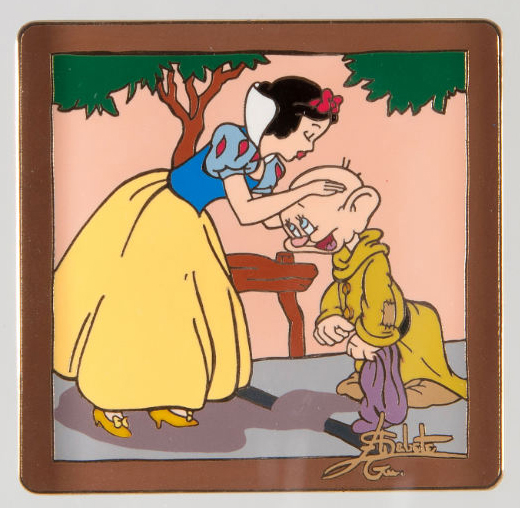 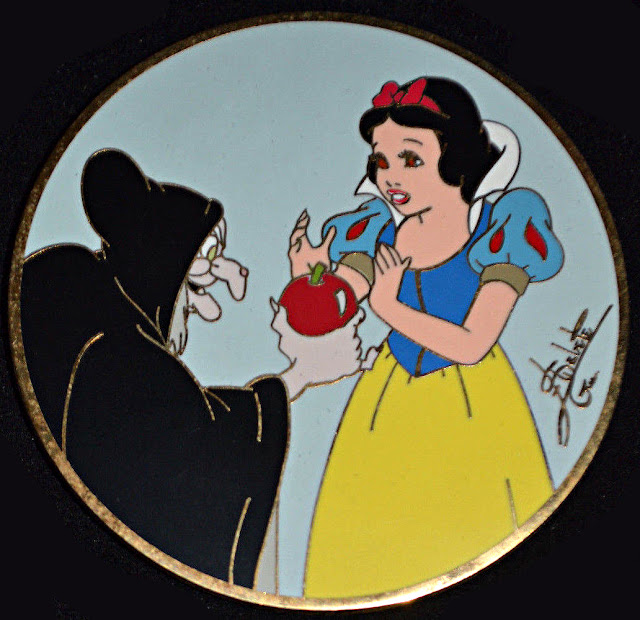