With the massive 1938 box office success of Snow White and the Seven Dwarfs, the Disney Company turned its attention to the production of their next feature-length films, Pinocchio and Fantasia. It was during this time that they also created a lesser known short entitled, Walt Disney's Standard Parade for 1939. It was a commercial project sponsored by the Standard Oil Company of California and was shown at the oil company's sales conventions that year. It's purpose was to promote their new nationwide Disney-themed advertising campaign.

A black & white live-action segment was produced to highlight Walt Disney and his successes up to this point in his career, Snow White and the Seven Dwarfs being the greatest of these achievements. This narrated bit runs slightly over five minutes.

Screen captures from the film... 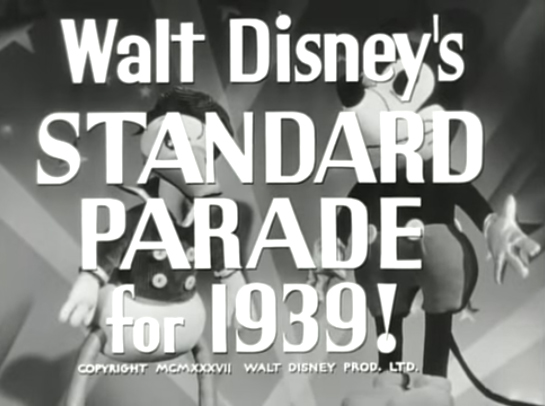 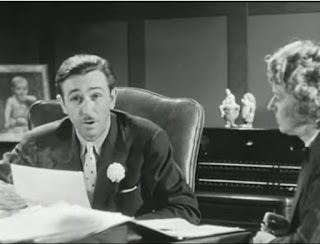 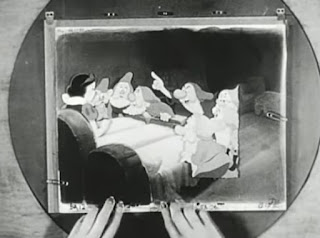 This is followed by a full-color animated short that is exactly what the title suggests--a "parade" of characters. The piece is actually a reworking of earlier Disney animation. In 1931, the studio released a black & white Silly Symphony entitled Mother Goose Melodies. It began with characters marching in a parade for Old King Cole. (Animated by Ben Sharpsteen.) This would be the foundation upon which the Standard Oil piece would take its shape. 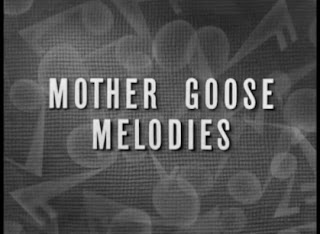 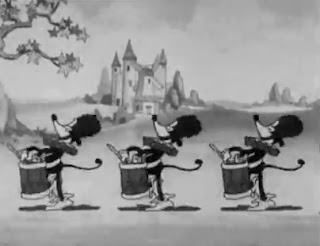 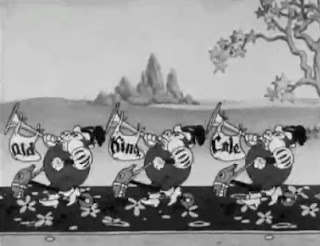 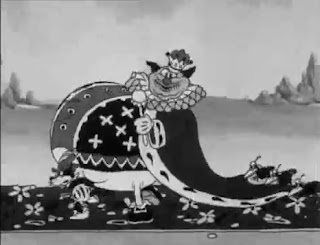 In 1932, the parade sequence was reworked into a full-color short, Parade of the Award Nominees, meant for viewing at the Academy Awards banquet that year. The same musicians, sweepers, carpet roller, flower girl (Clarabelle Cow) and similar repeating background were all used again. In addition, Mickey and Minnie Mouse were added at the start. Mickey is seen in color for the first time ever. Minnie holds a parade banner. Old King Cole was replaced by caricatures of the Hollywood Star nominees (artist Joe Grant's contribution). 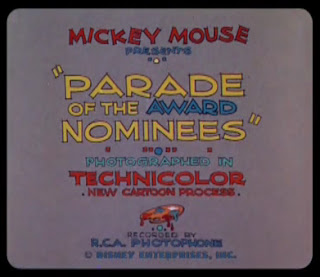 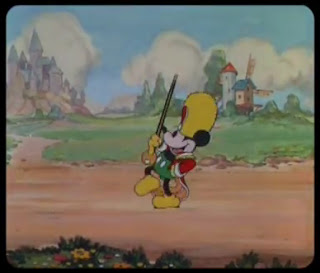 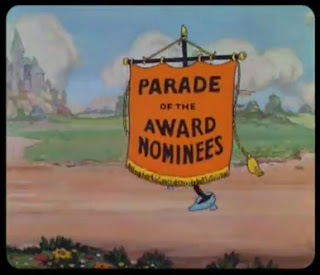 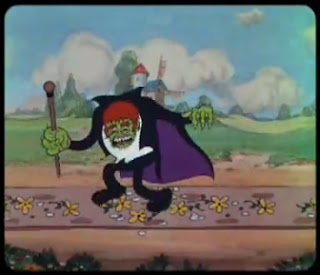 The same parade sequence was once again reworked in the Standard Parade for 1939. Clarabelle Cow is gone, as are the Hollywood caricatures, replaced by the Seven Dwarfs holding signs that spell out "STANDARD". They are followed by Donald Duck, the Three Little Pigs, and other Disney characters, all with signs promoting the ad campaign. The dwarfs animation was originally created by artist Bill Tytla for a scene that was eventually cut from the Snow White feature. The new signs replaced the picks they originally carried. 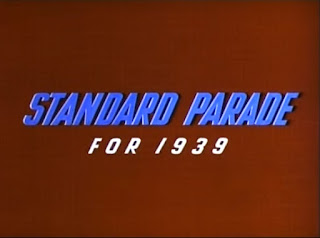 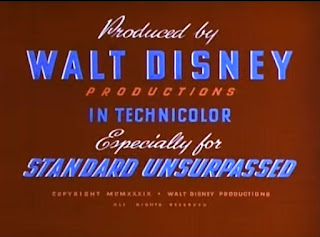 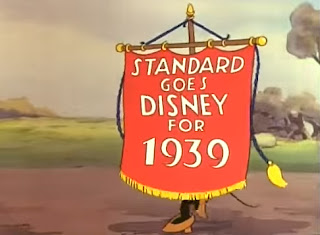 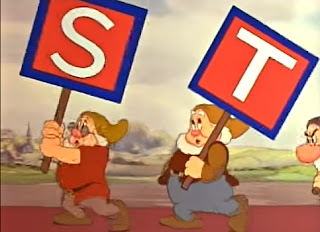 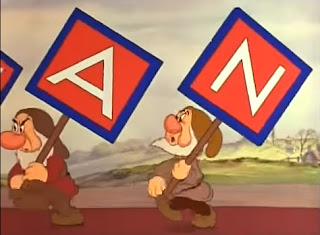 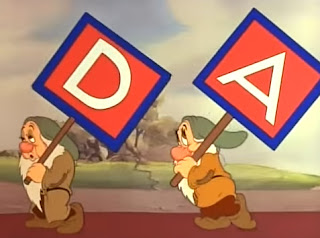 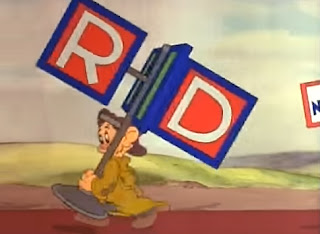 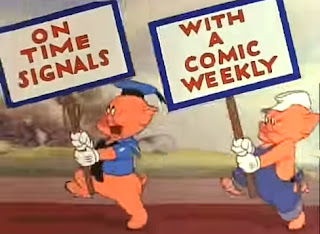 Learn more details about the Standard Parade for 1939 from film historian J.B. Kaufman at: cartoonresearch.com

The 1939 Standard Oil ad campaign spotlighted a fictional cross-country race between Mickey Mouse and Donald Duck. Kids could follow it in a series of Travel Tykes Weekly comics that were issued over the course of the promotion. Snow White and the Seven Dwarfs, plus other characters, were also featured. In addition, magazine and newspaper ads furthered the story. See examples of these comics in the next Archive entry.
Posted by Snow White Archive at 12:01 AM