During the 1967 theatrical re-release of Snow White, Nabisco ran a cereal promotion which featured "Snow White Walking Dwarfs" inside packages of Rice Honeys and Wheat Honeys. Each piece was made of molded yellow plastic and consisted of two dwarfs, except for Doc who came with a wheelbarrow. Instructions for how to make them walk were listed on the side of the cereal box.

Four different pieces total: Doc & wheelbarrow, Grumpy & Happy, Sleepy & Sneezy, Bashful & Dopey. They stand about 1.75" to 2" high and came with hoops on the front and back so they could be connected together like a train.

Dopey and Bashful are pictured below. 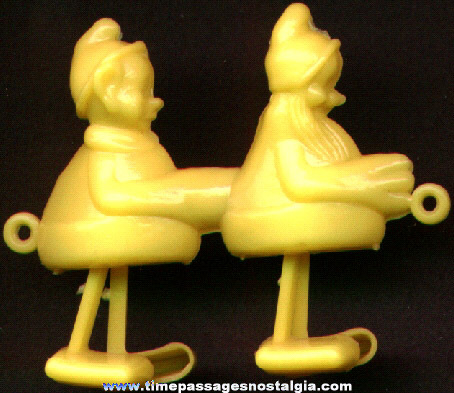 
The Nabisco ad campaign was highlighted on page 3 of the 1967 US Merchandising Supplement (which accompanied the Snow White pressbook). The Walking Dwarfs would be placed in four million cereal packages. Plus there was a special deal where kids could mail in 50¢ and a proof-of-purchase to receive the complete set. 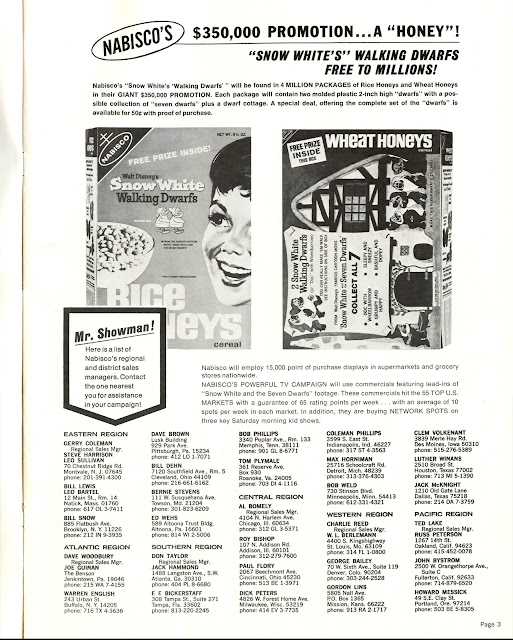 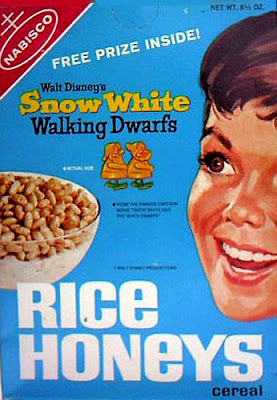 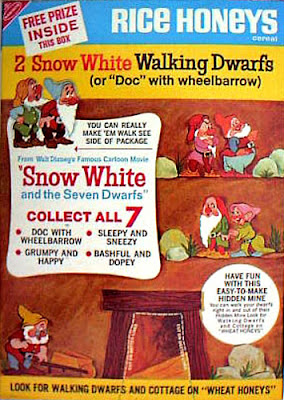 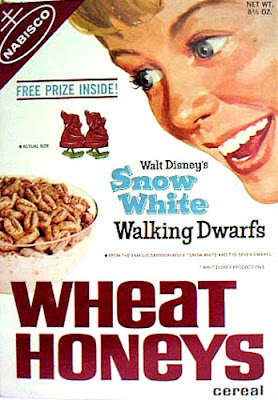 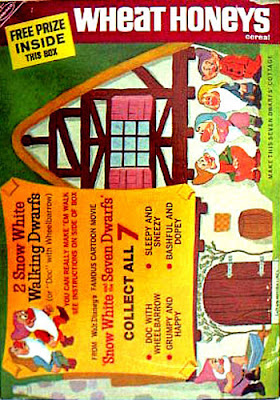 Cereal box images via theimaginaryworld.com.
Posted by Snow White Archive at 12:01 AM