In the previous posts, we saw all the Art of Snow White Collector Dolls that were released at the Disney Store to commemorate the 80th anniversary of the motion picture. They became available for purchase on August 1st. Two additional dolls in the series were also issued this year but were exclusive only to attendees at the 2017 D23 Expo (released July 15). Made of plastic. Retail $119.95. Sold separately. Certificates of Authenticity included. 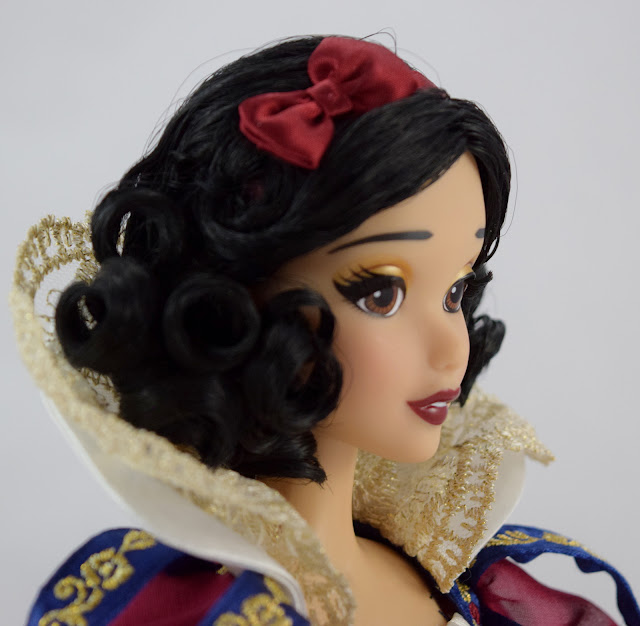 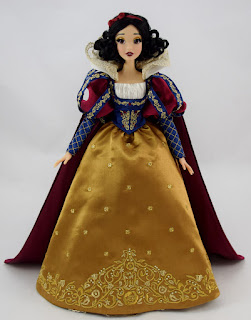 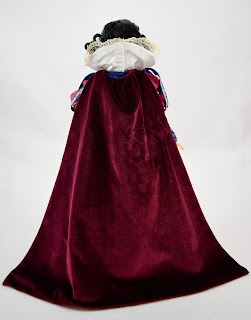 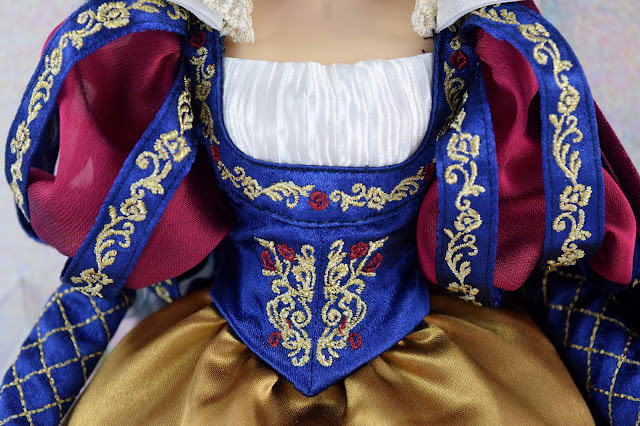 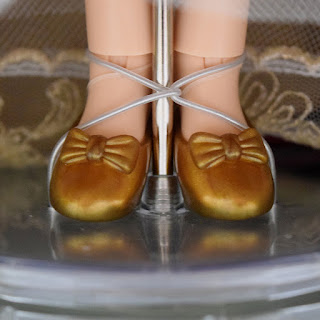 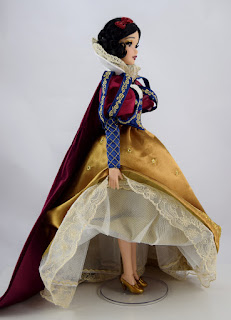 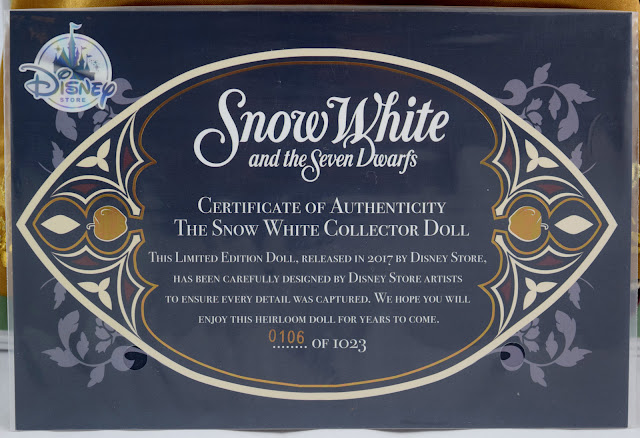 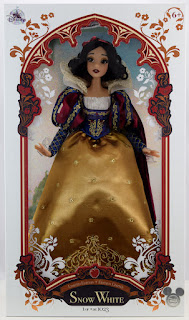 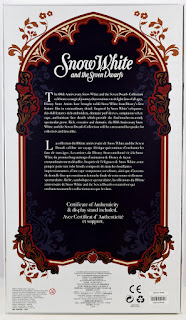 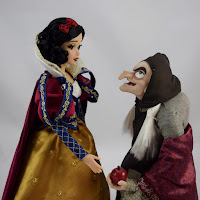 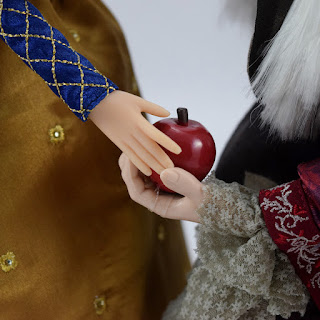 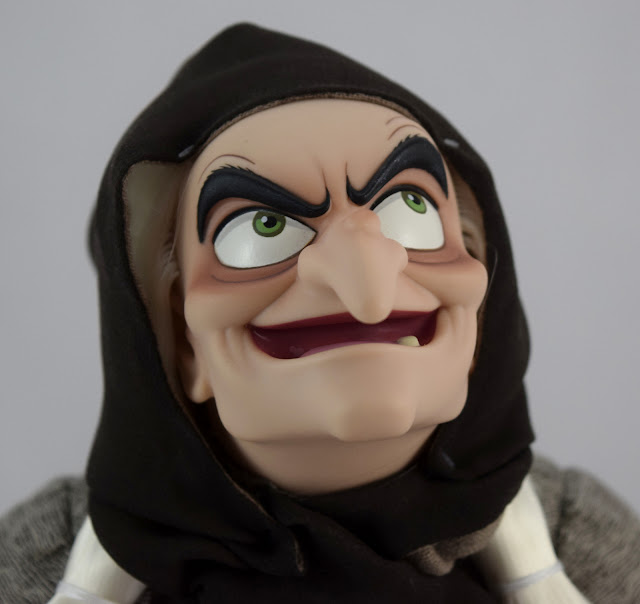 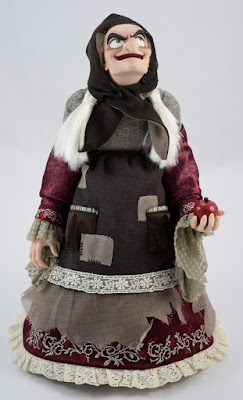 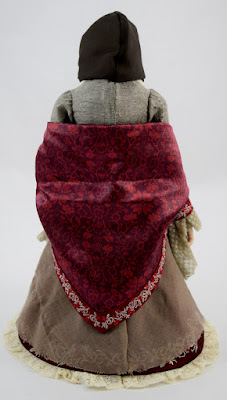 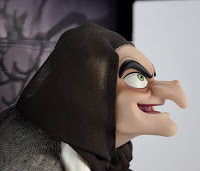 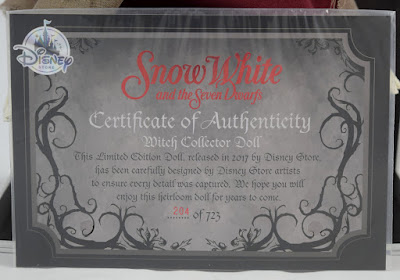 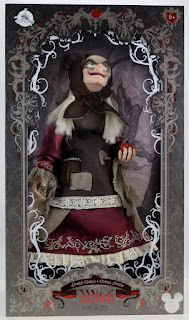 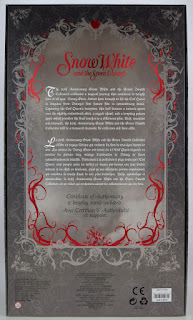 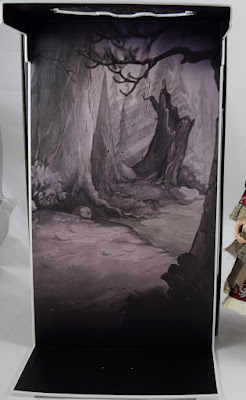 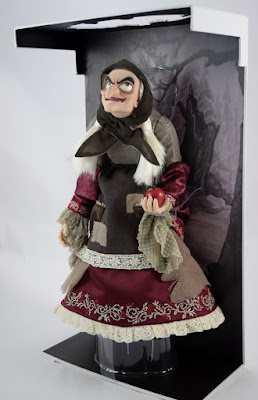 Compare these 2017 D23 dolls with those from the 2015 Disney Fairytale Designer Collection. Note the similarities, although the latter are noticeably smaller. 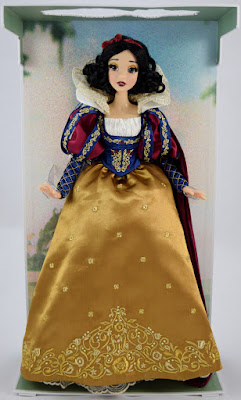 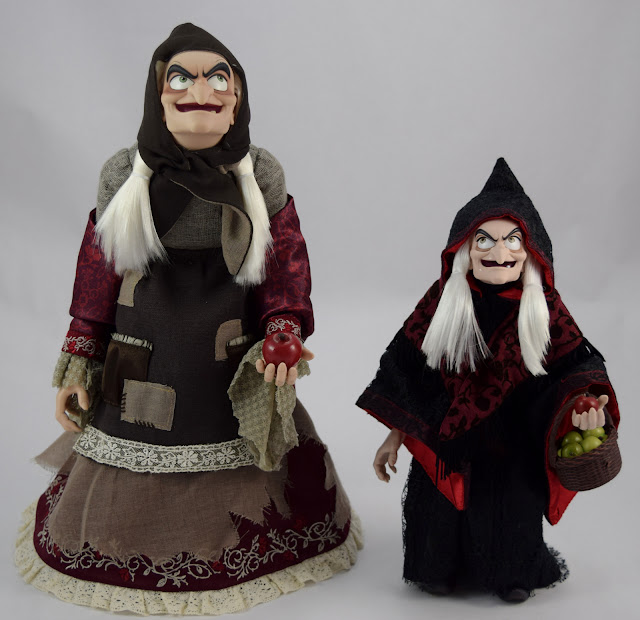 Special thanks to the drj1828 flickr photostream for the images and info.