Circa 1966, Snow White story album released on the DutchDisneyland Record label. Catalog no. HLLP 310. Vinyl 7" disc, 33⅓ rpm. Part of the "Read-Along" Bekijk, Beluister, Lees (Look, Listen, Read) series. The recording was narrated by Piet Ekel. Dutch versions Heigh-Ho and Whistle While You Work are found on Side B. The album included a 24-page book with full-color illustrations. Sleeve artwork first seen on the 1966 US-released no. LLP 310. 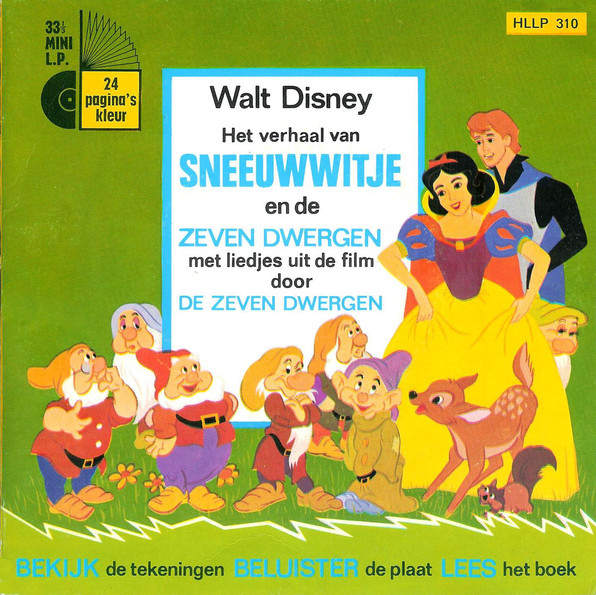 Another printing of this record with altered background design, title font, and bottom text. Possibly dates from 1968. 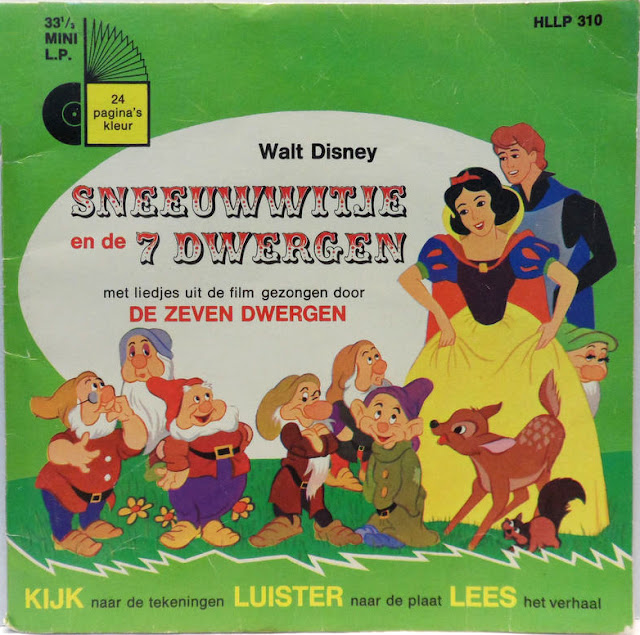 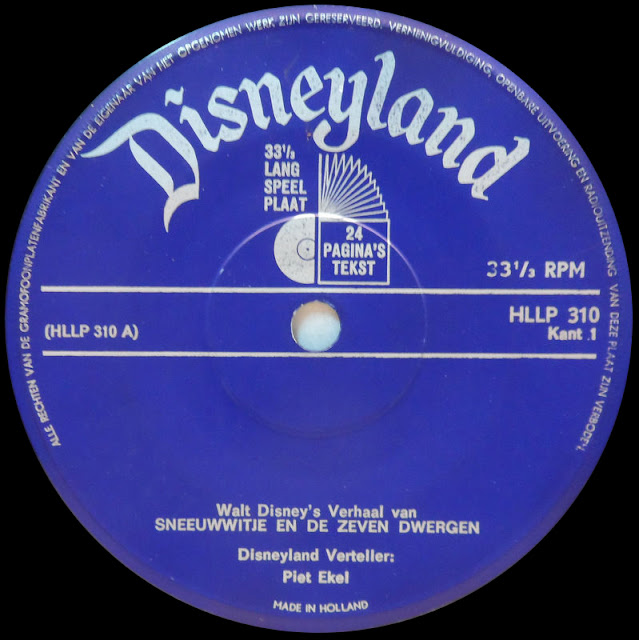 Piet Ekel returns in an expanded Snow White story on a 1992 CD. See it in next post.
Posted by Snow White Archive at 12:01 AM