In an earlier Archive entry, we the saw the Snow White glass that was part of the Wonderful World of Disney Collector Series from Pepsi-Cola. It was issued circa 1982. Before this in 1979, Coca-Cola teamed up with McDonald's and released a set of four glasses (including a Snow White) in Canada

Lesser known, however, is the still earlier set of Snow White glasses that the Coca-Cola Company almost released. Each dwarf had his own glass and probably the princess too. Prototypes were created, but the series appears to have never made it to fruition.

These photos were found on the Antique Navigator site. Note that the Snow White title font is identical to what was used in the 1975 re-release of the film, dating the glasses to this time period. 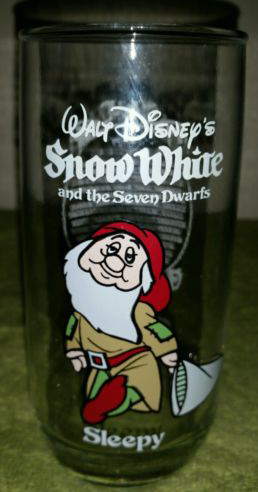 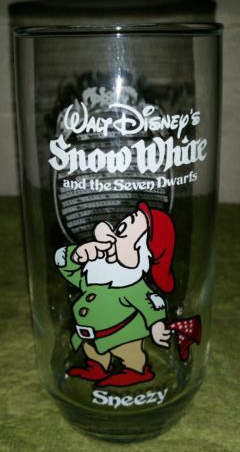 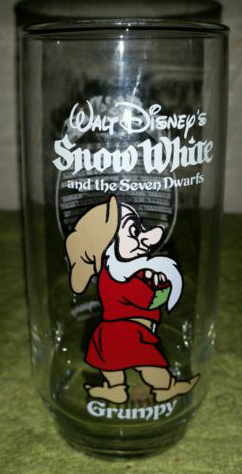