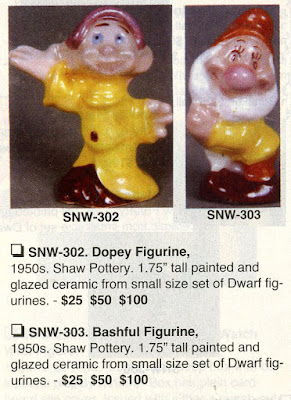 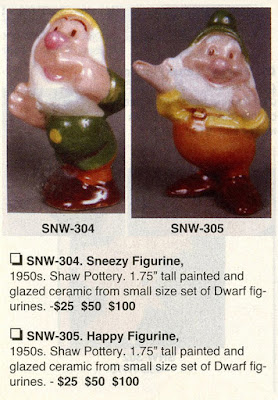 Circa 1947, E.K. Shaw created this hand-painted glazed ceramic Dopey lamp for the Railley Corporation. He holds a lantern which is its own separate night-light. The figure measures 8.25" to top of head. Other Disney characters were produced in this series but Dopey is the rarest. 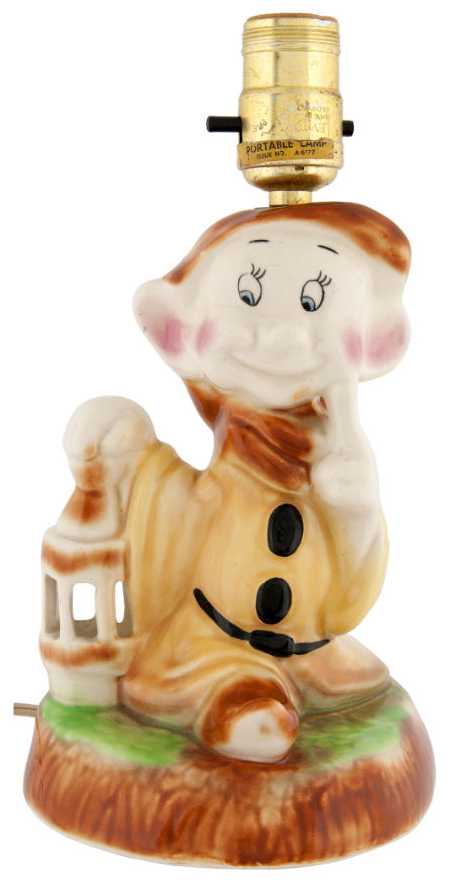 Images and info via Hake's.
Posted by Snow White Archive at 3:30 PM