Circa 1943, E.K. Shaw's Los Angeles-based company, American Pottery, was licensed to produce a series of hand-painted glazed ceramic Disney figurines. Snow White measures about 9" tall, the dwarfs between 5.5"-6". Each originally came with an American Pottery foil label with the individual character name. 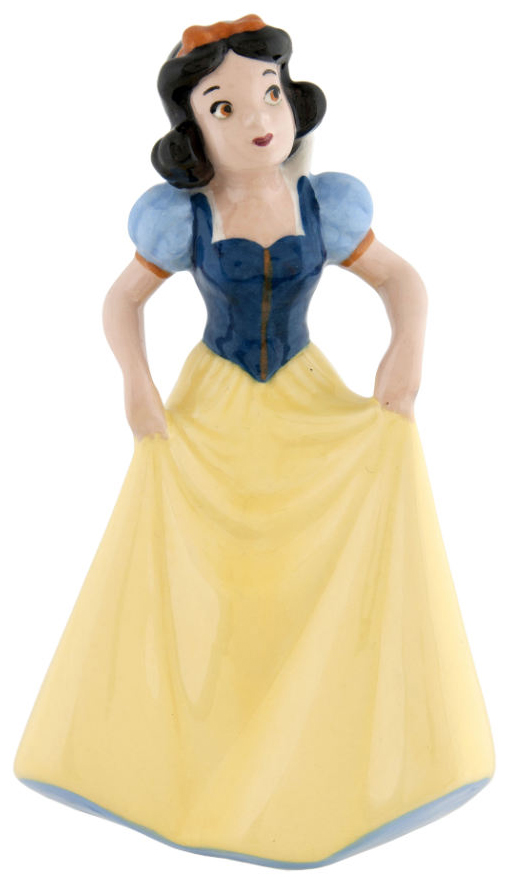 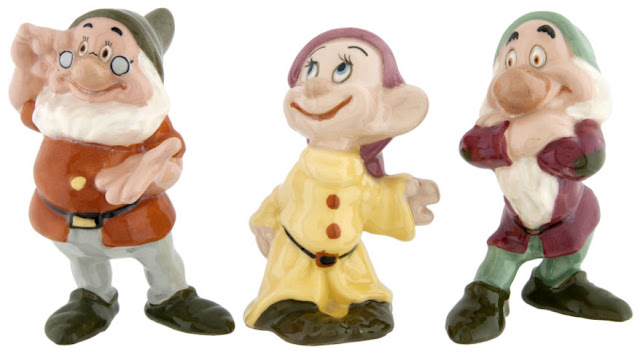 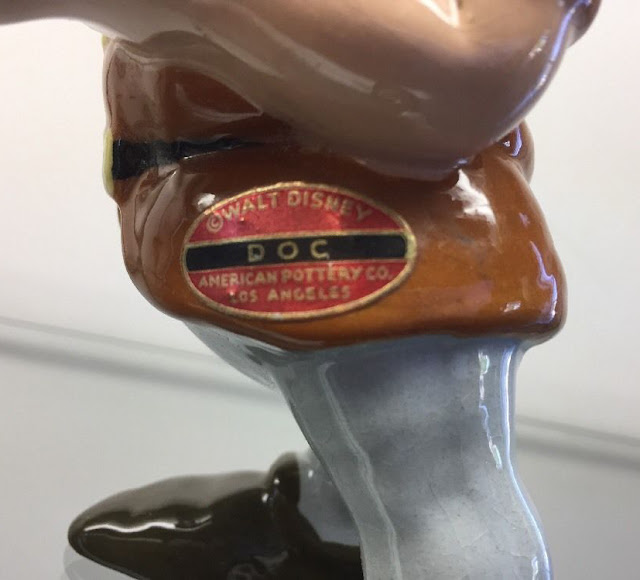 The figurines were featured on the cover of the August 1999 Disneyana Update magazine. 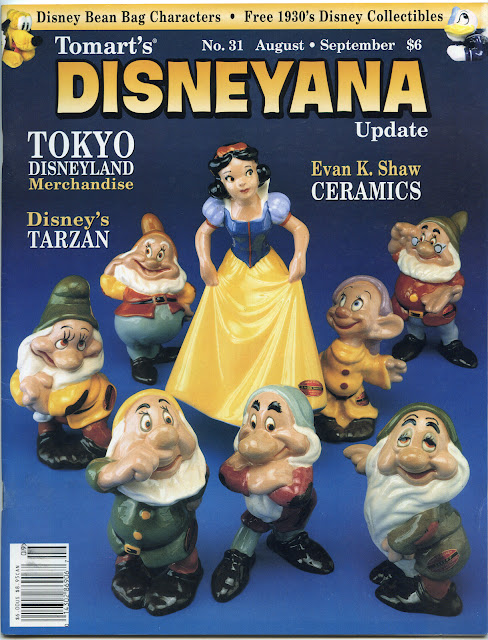 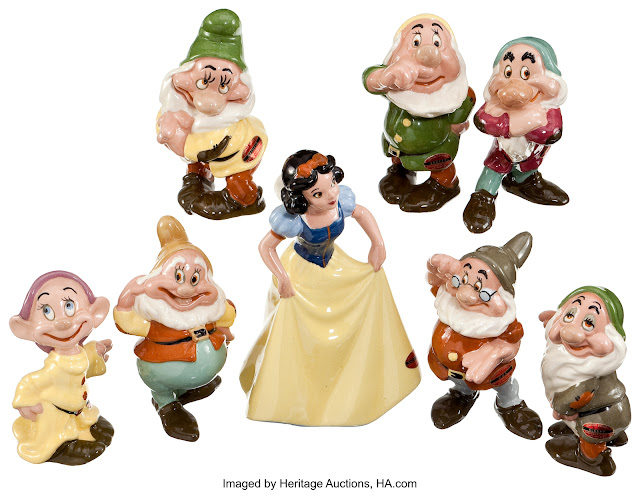 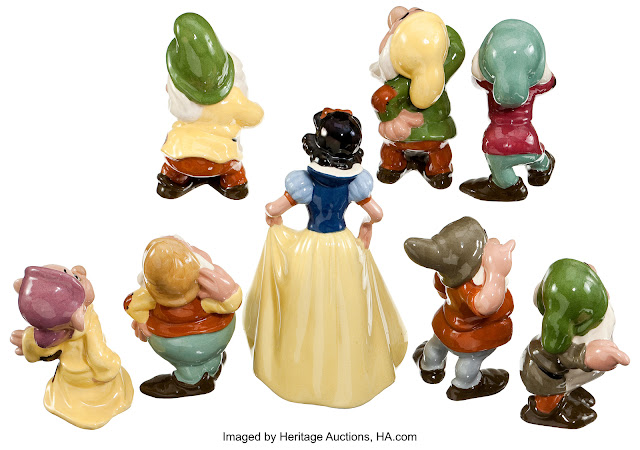 Collector Kevin Hicks shares this next one with us. These particular Snow White figurines originally belonged to Madeleine Wheeler, the executive secretary for Roy O. Disney for over 34 years. During that time, she displayed this set in her office just outside of Roy's. 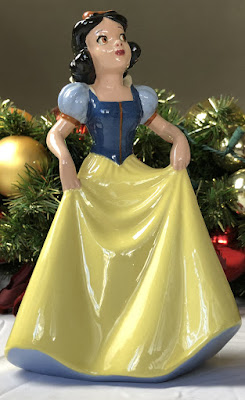 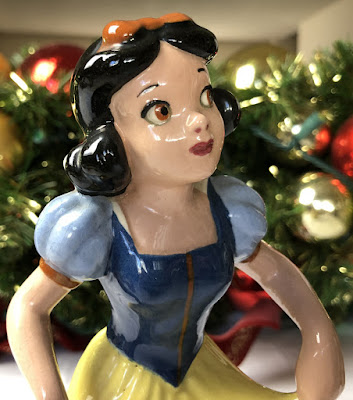 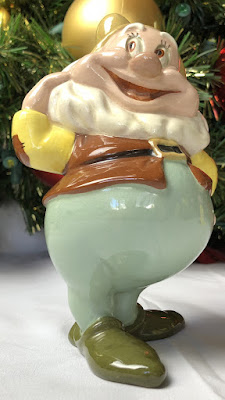 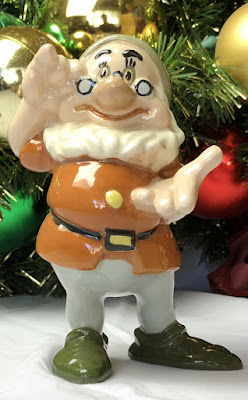 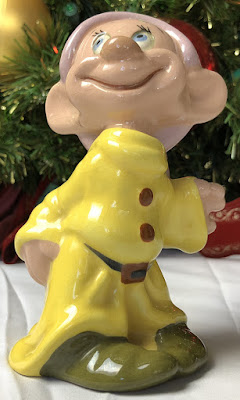 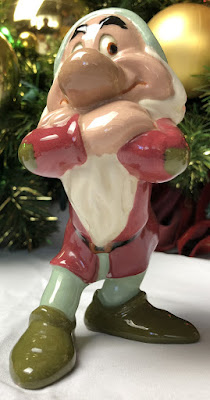