A Snow White baby fork and spoon boxed set was produced in Japan during the post-World War II 1940s. Handle design with princess holding flowers. Silver tone. Back side of each reads, " Imported by S. Vollman and Sons Inc. Made in Occupied Japan." Not licensed by Disney. 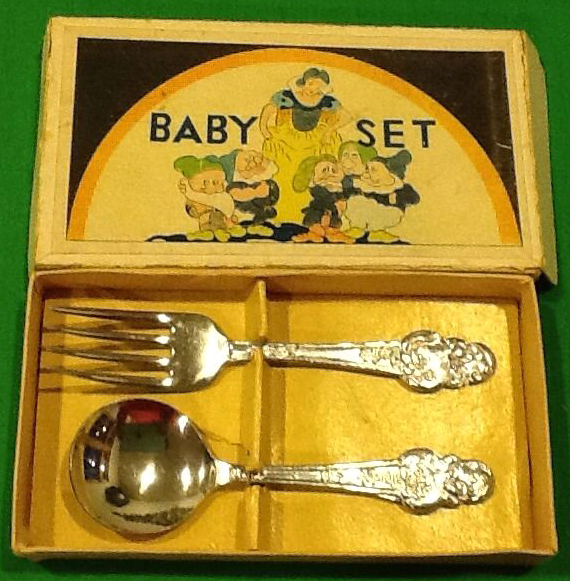 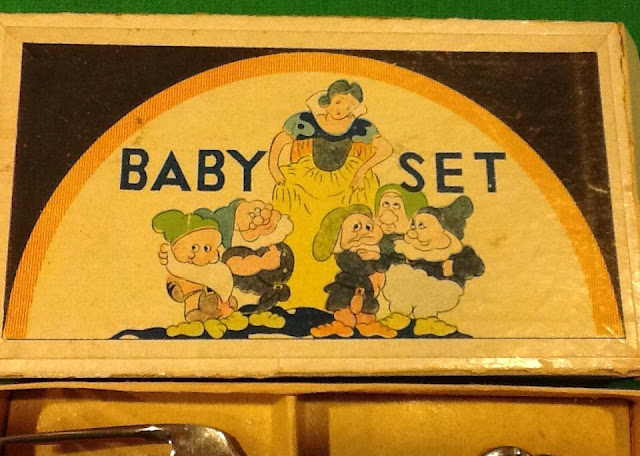 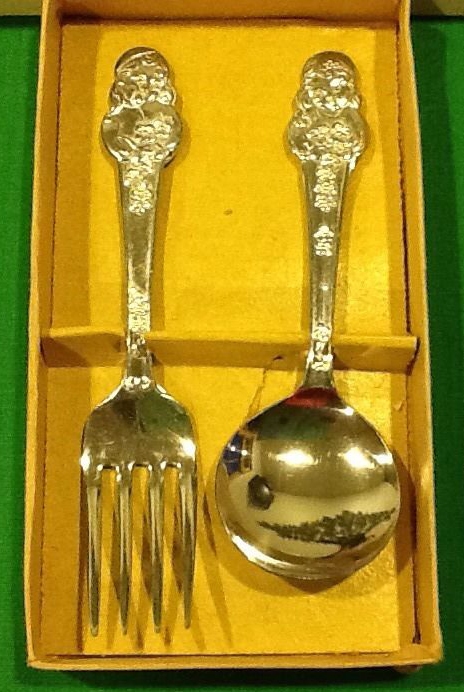 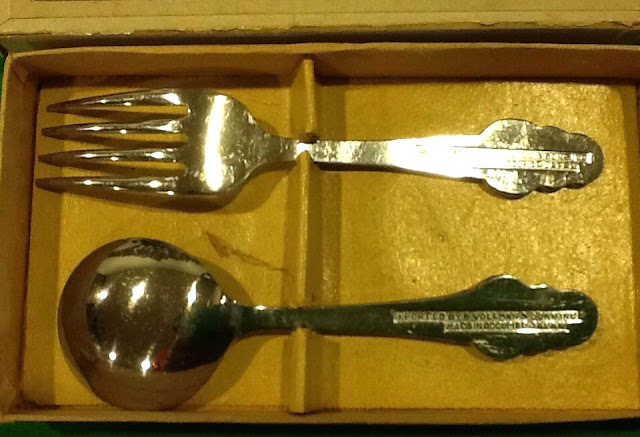 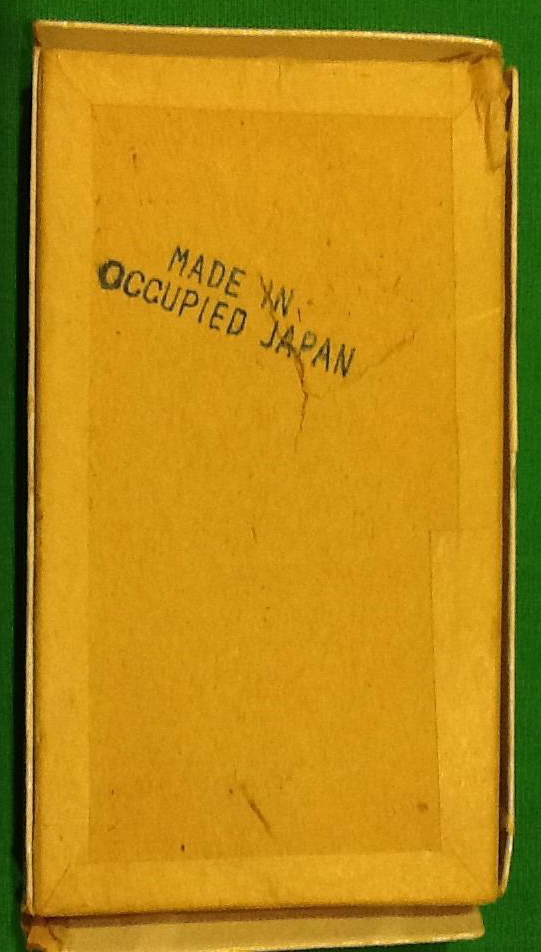 Also see the 1938 Rogers Bros. fork and spoon in an earlier Archive entry.
Posted by Snow White Archive at 12:01 AM