Movie posters from Belgium often have blank areas along the top where theatres would print or attach their screening information. Also it is not uncommon to find a tax stamp affixed to the face of a poster. Snow White and the Seven Dwarfs first premiered in Belgium in 1938. It looks to have been re-issued in 1951, 1962, 1973, 1983, 1987 (50th anniversary screening), and 1992. 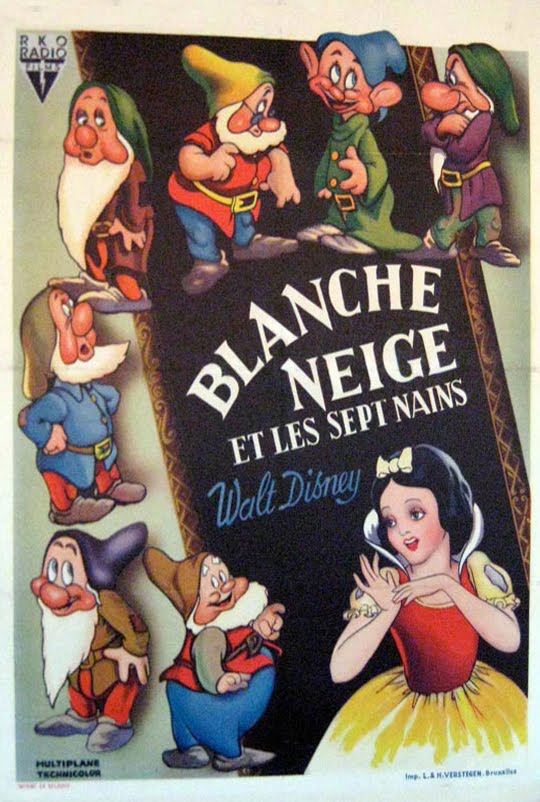 
The same poster as above but with the upper portion still intact. Lovanium was in the city of Leuven, about 25 kilometers east of Brussels. 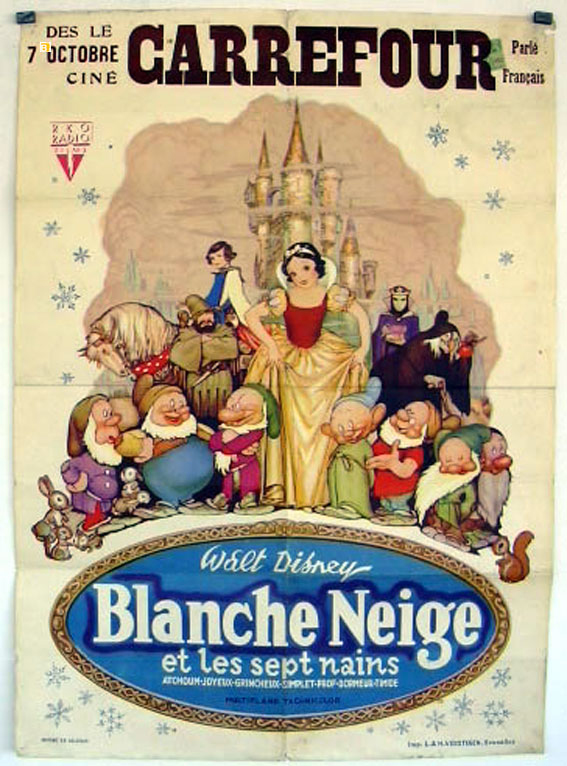 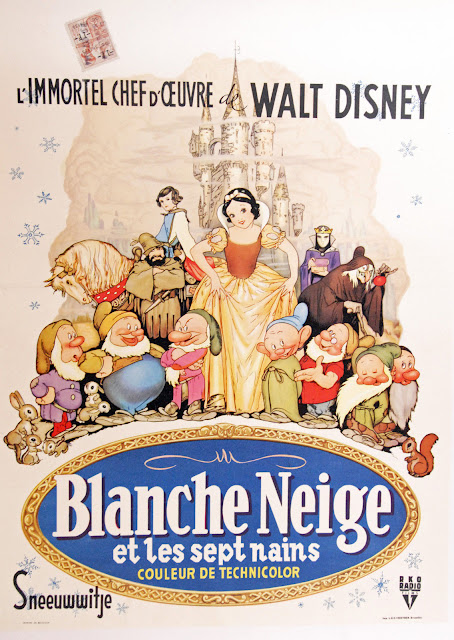 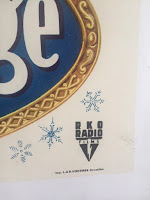 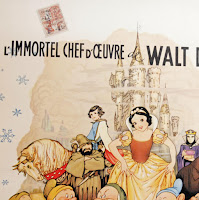 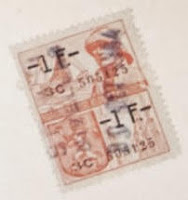 Reproductions of this poster are available online. The often have the name of the private collection they came from in small print. 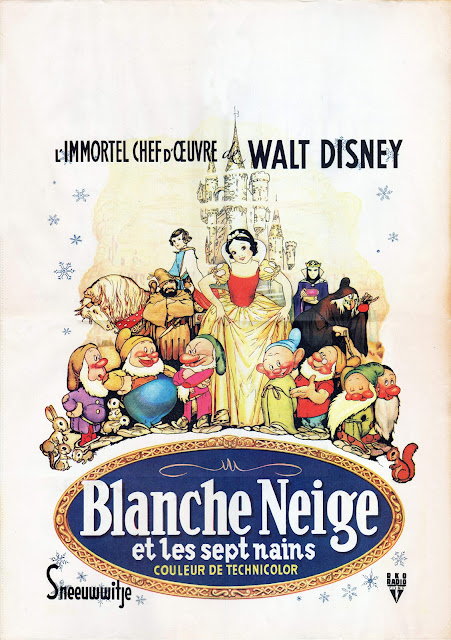 Image courtesy of Greg Philip of A Lost Film. 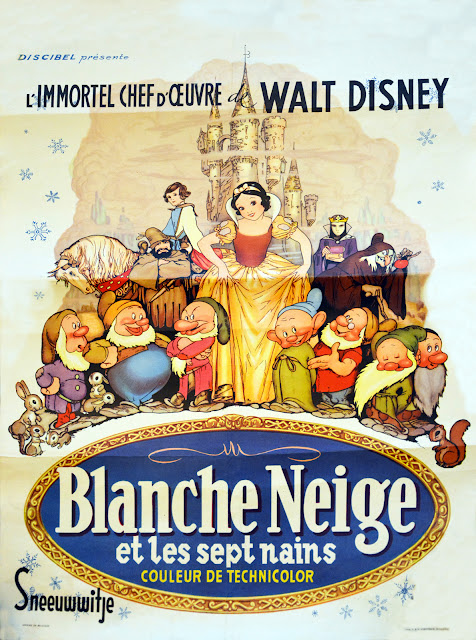 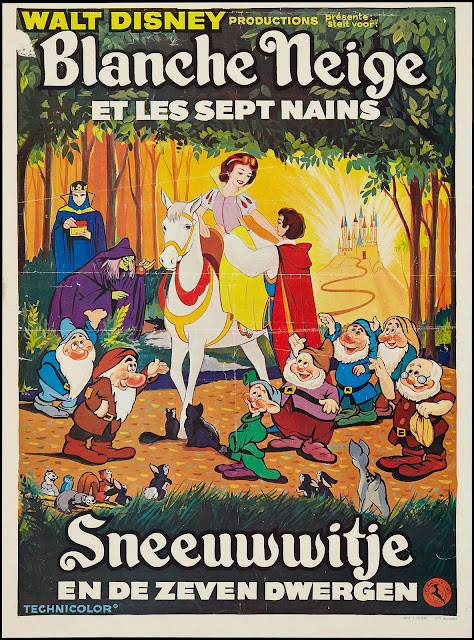 
Upper portion with information on the Royal Chapelle screening. The French text, "dimanche à 16 h uniquement" translates as "Sunday showing only at 4:00 pm". 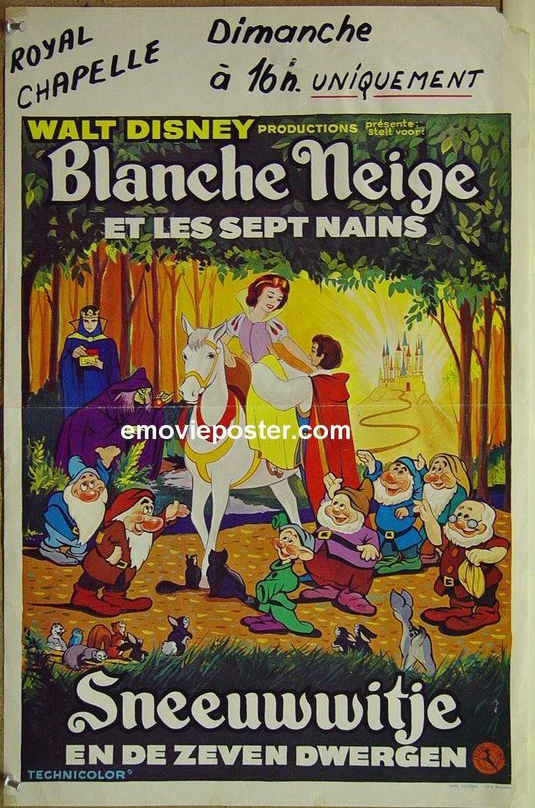 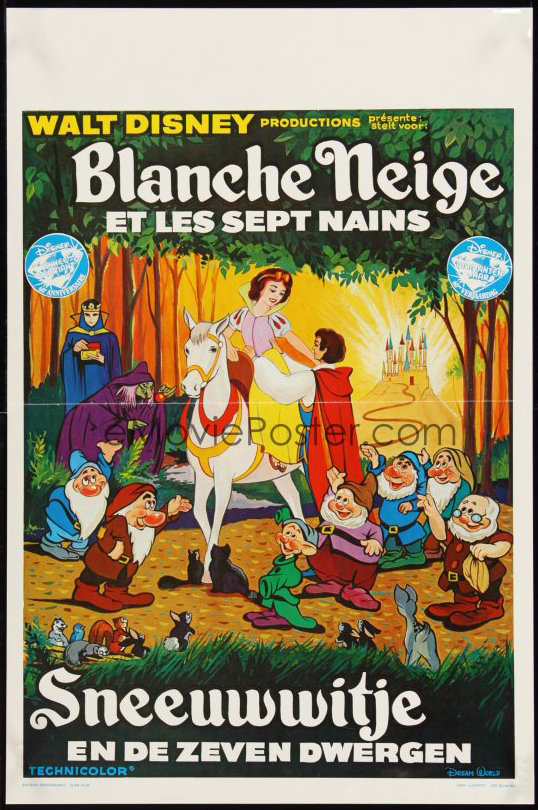 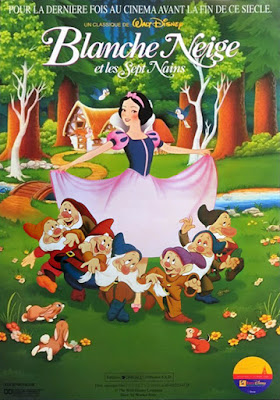 A few sites online have suggested a possible Belgian re-issue of Snow White in 1945. Yet we've not found evidence of this. Certainly some limited screenings may have occurred, but the 1951 campaign was probably the first official RKO post-war release in Belgium. If you have information on any '45 screenings, let us know so we can add it to the Archive.
Posted by Snow White Archive at 12:30 PM