A Snow White sticker collection was published in 1974 by Netherlands-based Vanderhout Internationale. The numbered sticker cards were sold in packets of six. This album was issued in France and includes a preface by French cinema and television producer, Pierre Tchernia (learn more about Pierre in earlier post). A total of 35 pages (including covers). Note in upper left corner of the front cover is the Walt Disney Company 50th anniversary logo from 1973.
. 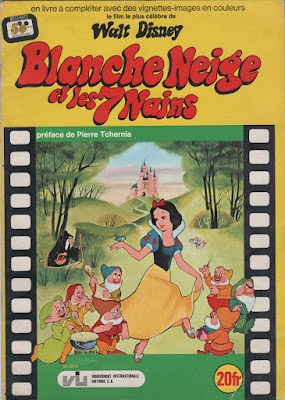 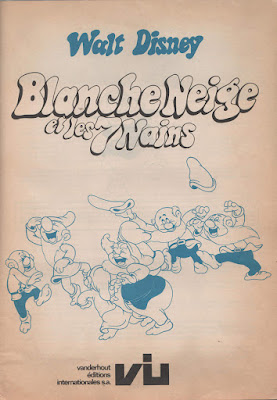 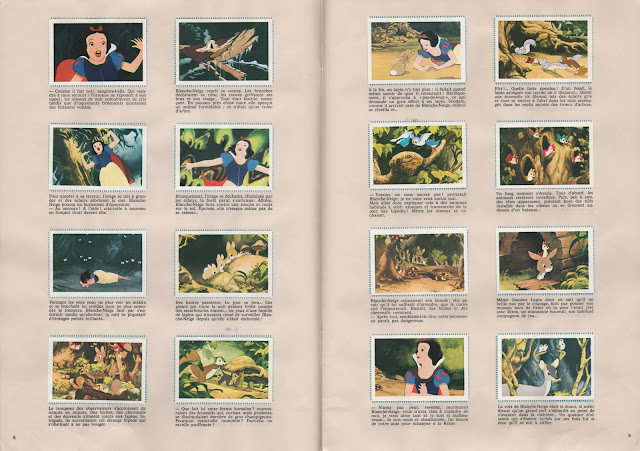 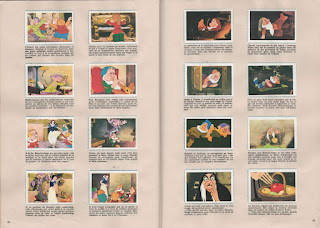 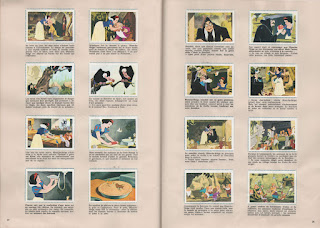 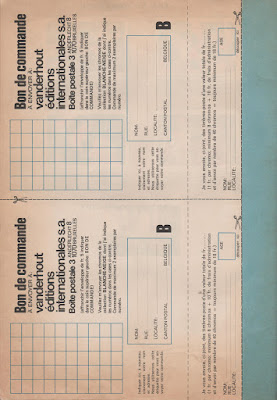 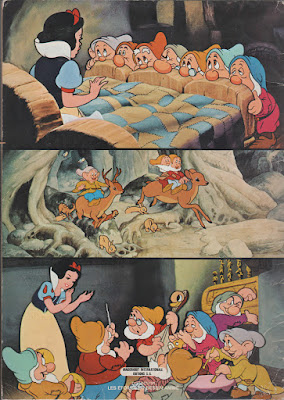 Image scans courtesy of Greg Philip of A Lost Film.

The card series was also issued in the Netherlands in 1976. Dutch text on reverse side. A few individual examples. 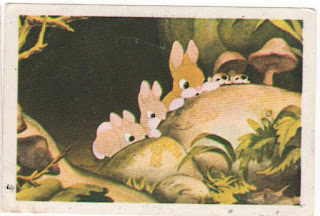 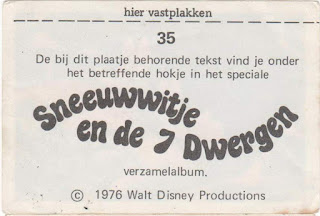 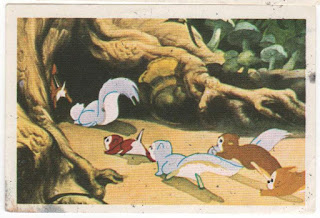 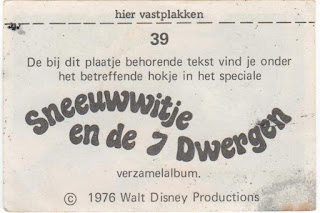 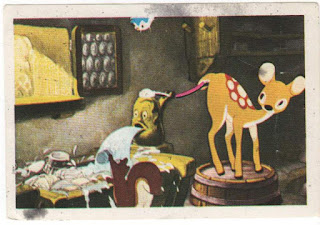 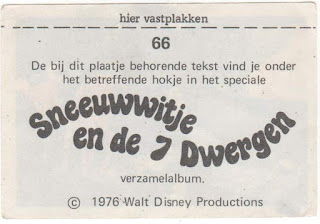