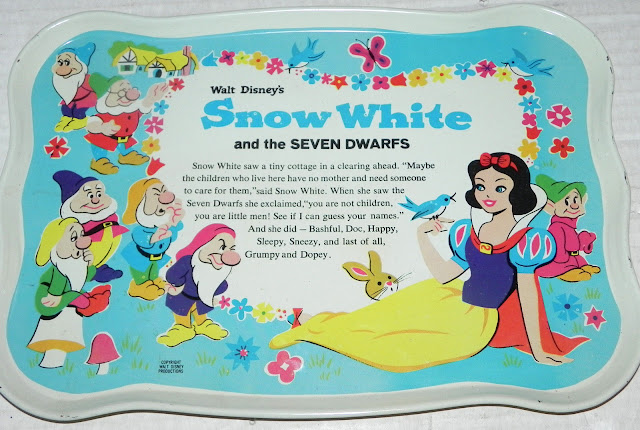 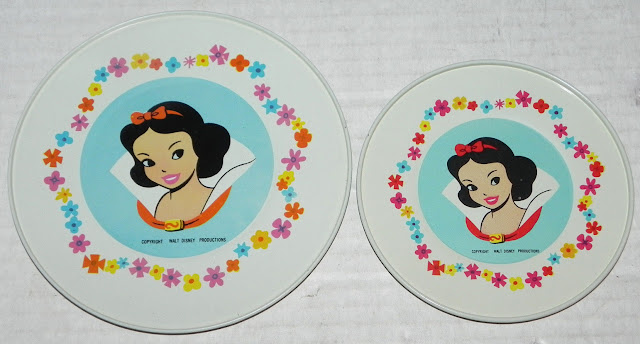 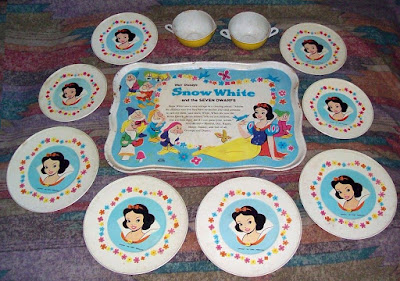 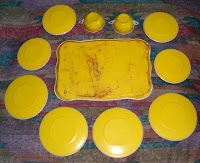 Most cup bottoms were yellow, although some blue have been seen. Note the two-handled creamer cup. 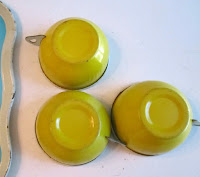 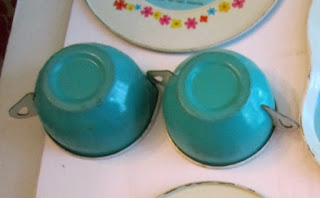 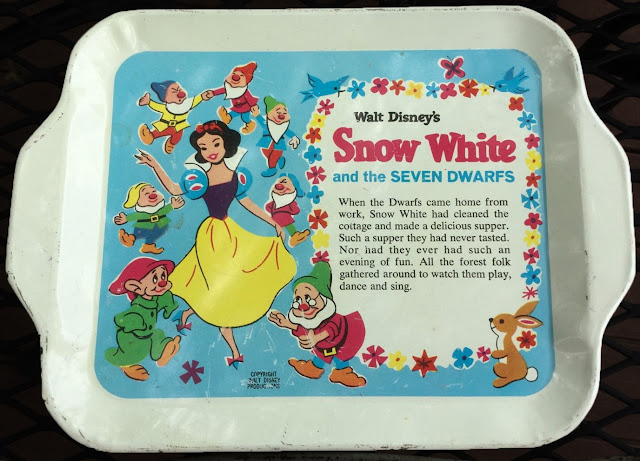 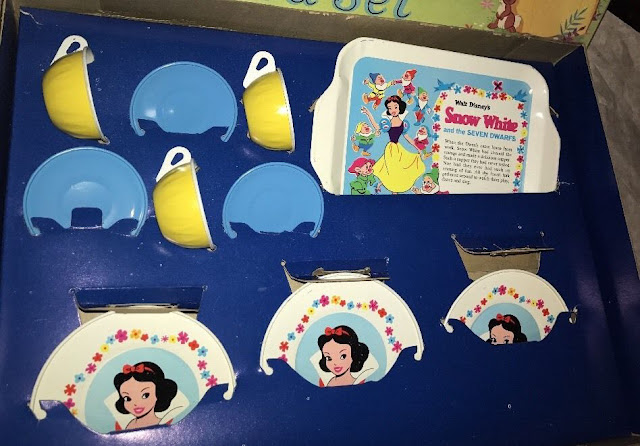 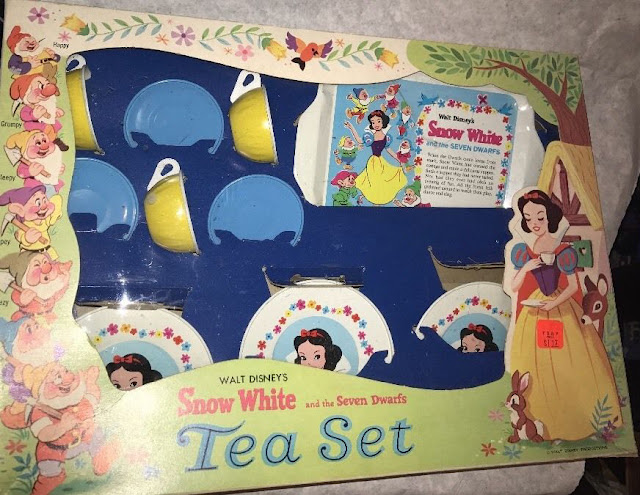 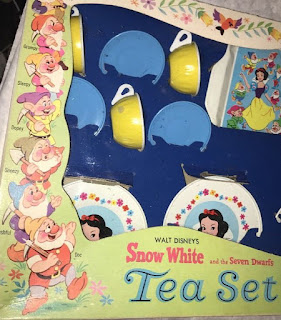 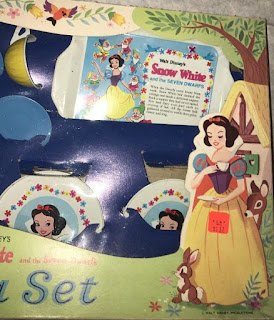 Photos of two sets are shown on page 6 of the 1967 Snow White theatrical re-release Merchandise Supplement which was included with the pressbook. 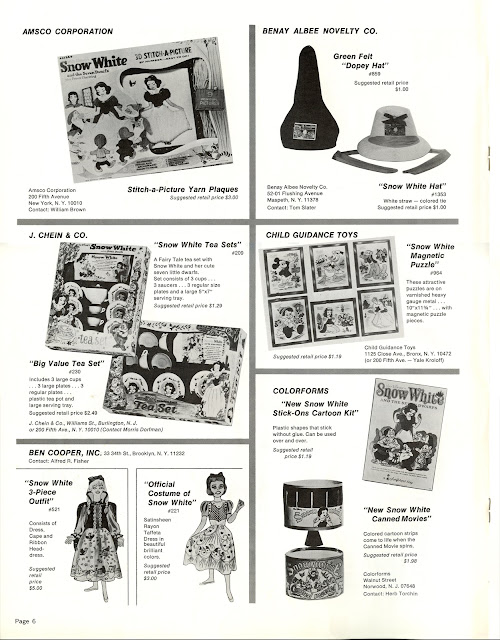 It's probable that other sets were also produced by J. Chein & Co., which may explain the blue-bottom pieces and the two-handled creamer cups.
Posted by Snow White Archive at 12:30 PM