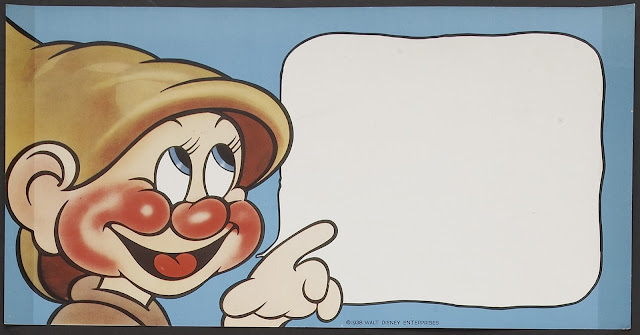 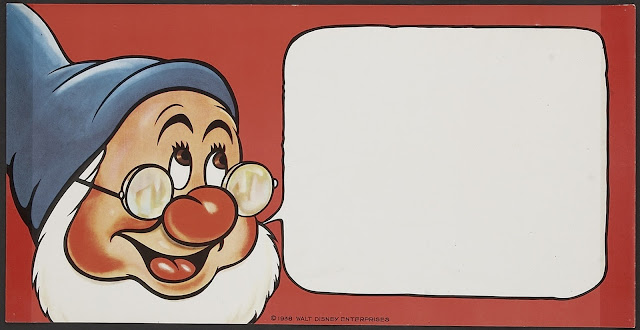 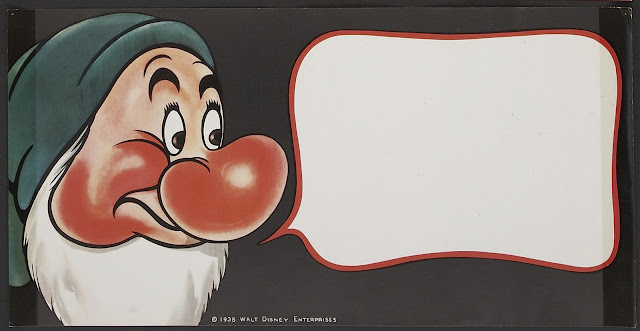 According to Heritage Auctions, the signs may have been designed to promote the Mickey Mouse Globe Trotters bread and milk ad campaign. Sponsored by local bakeries and dairy producers, the promotion encouraged kids to join the Globe Trotter club. Members received a game board map to attach Disney bread/dairy cards to. They'd also get a pin-back button printed with the name of the local sponsor. 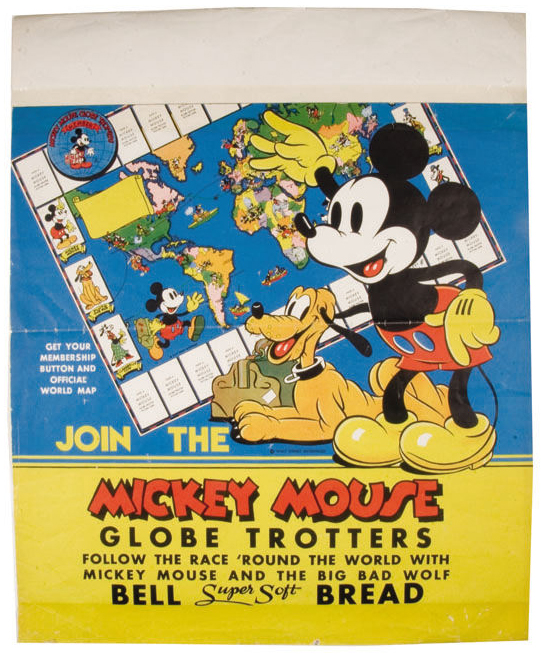 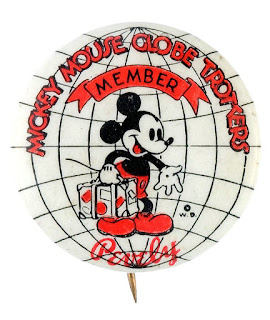 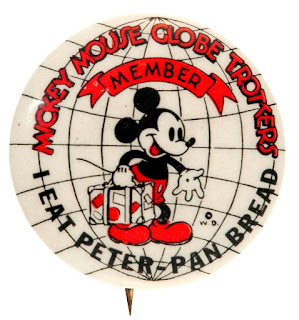 Images via Heritage Auctions and Hakes.
Posted by Snow White Archive at 12:01 AM