The number of Snow White dairy premiums that were produced in 1938 was extension. See an earlier Archive entry for loads of examples. Among them was a series of eight tumblers decorated with character graphics and musical notes. The set that was produced for distribution in the US was seen in another earlier post.

In Canada, a similar collection of glasses with musical notes was issued for distribution by Canadian dairy producers. The character illustrations are identical to the US versions, but other details differ. The actual "notes" themselves have a different design. Plus the four-line verses describing the characters are missing. Instead, each glass now included a forest animal running around the base. Two sizes have been found: 4.75" and 4.625". 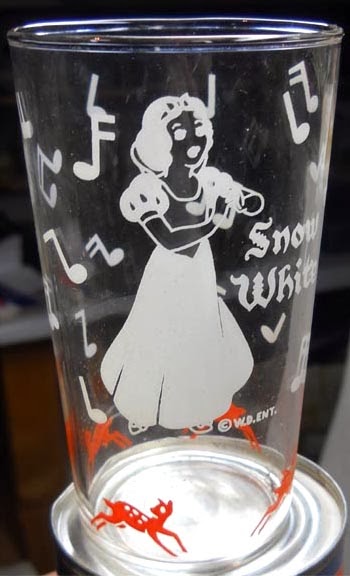 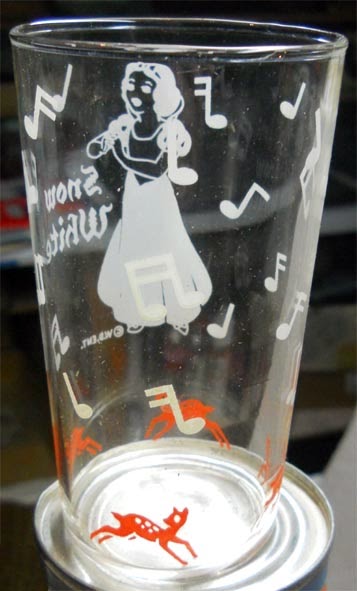 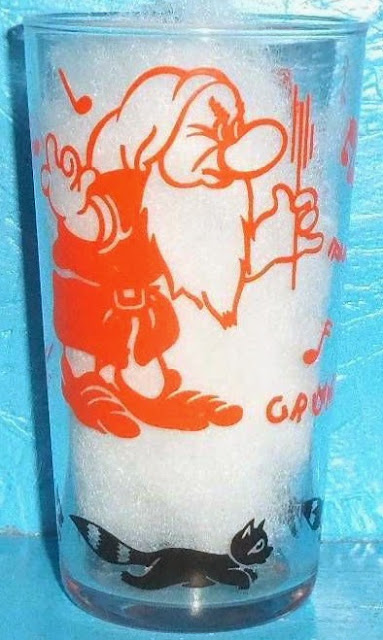 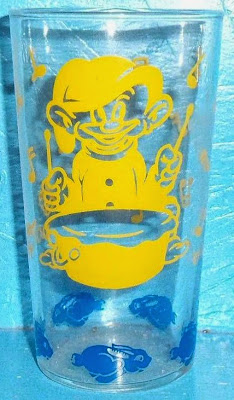 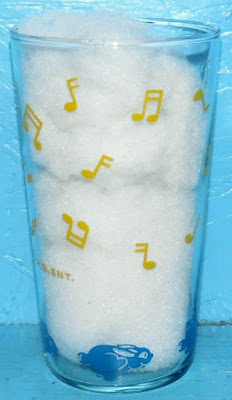 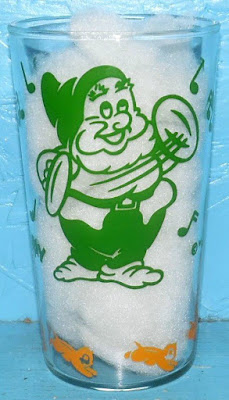 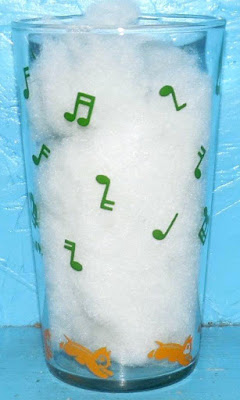 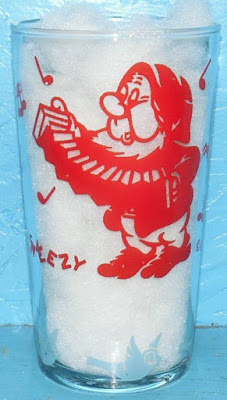 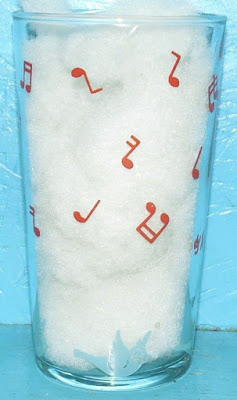 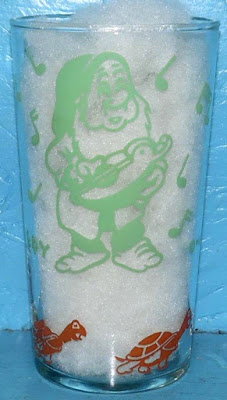 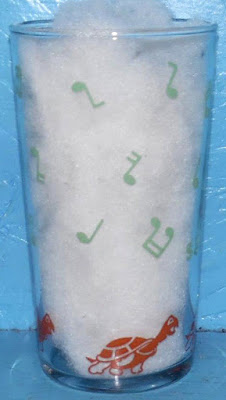 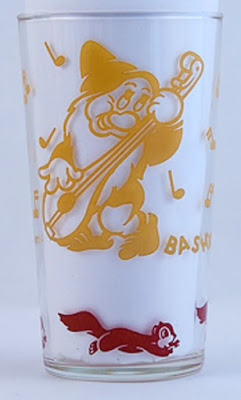 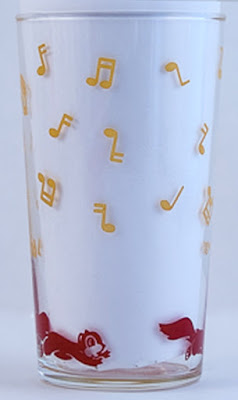 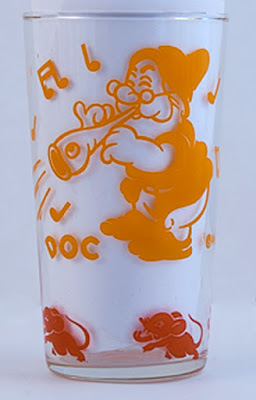 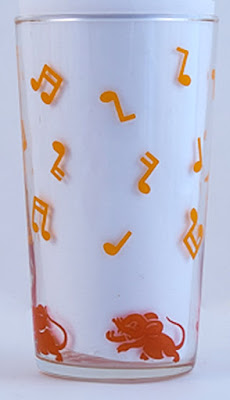