Snow White Cel Setup from "This Is Your Life Donald Duck"

The Disney anthology television series went by several different names over the years, starting with Disneyland in 1954. Later renditions included Walt Disney's Wonderful World of Color (1961), The Wonderful World of Disney (1969), and other variations.

From 1958 to 1961, it was called Walt Disney Presents. In a 1960 episode (no. 148), they did a takeoff of the popular This is Your Life show which surprised a guest with a retrospective of their life. Usually by the end, friends, family and others were brought out on stage.

Disney's version was called This is Your Life, Donald Duck. Jiminy Cricket was the host. They aired several Donald shorts interspersed with new animation of him which connected these "life stories" together. At the conclusion of the program, numerous characters came out "on stage" including Snow White and all seven of the dwarfs. Snow was gently and gracefully led by her bluebird friends.

In December 2015, Heritage Auctions made available a two-layer cel setup of this original production art. Hand-painted. Matted to 16" x 12". 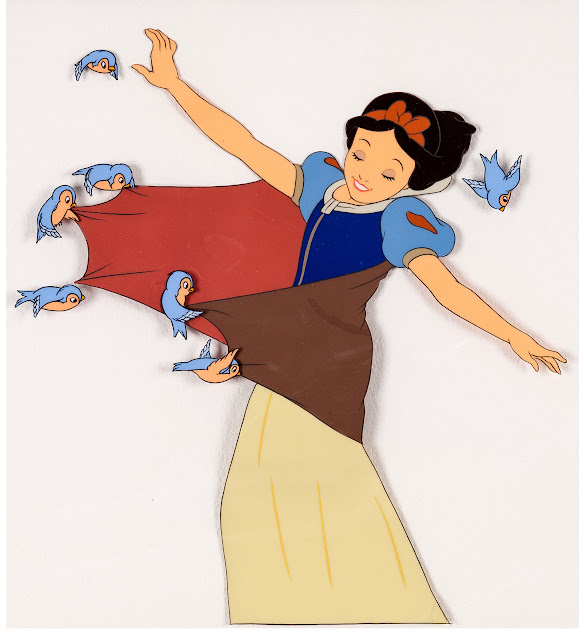 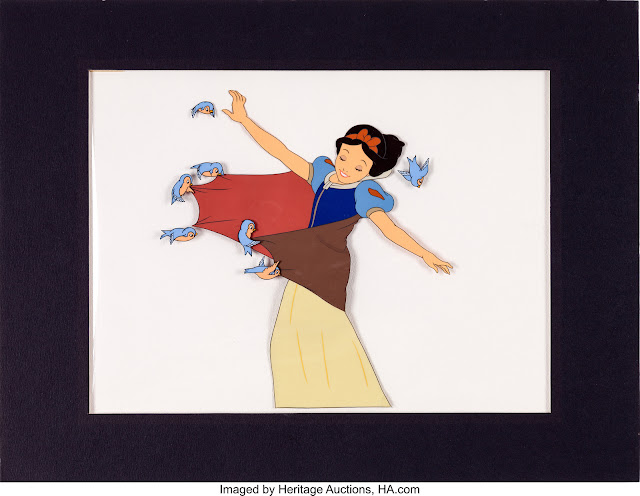 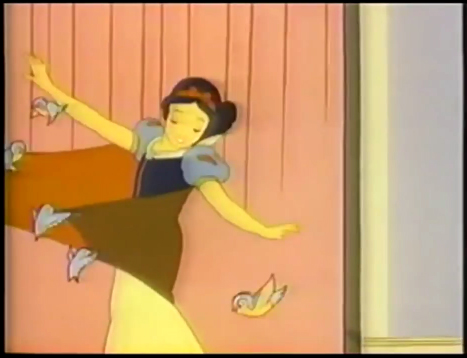