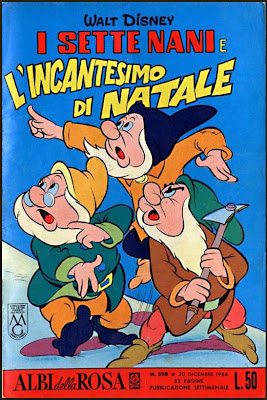 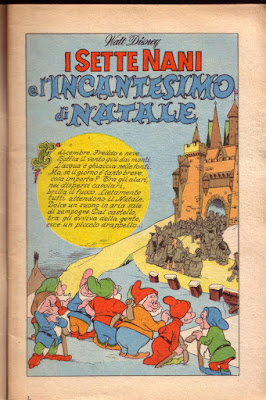 Synopsis: The Queen employs the help of the Seven Evil Dwarfs (yes, there are evil dwarfs in Italian comics). They go after Snow White's son (yes, she has a son; his name is Glauco and he first appeared in a 1939 comic, Biancaneve e il mago basilisco by Nino Pagot). They lure Glauco out of the castle where they transform him into a Christmas tree. The good Seven Dwarfs arrive on the scene. The evil ones try to do them in, along with Snow White, by causing an avalanche. The princess uses her body to protect the little Christmas tree. With this act of motherly love, her son's life is miraculously restored. The story ends when the Queen turns the Evil Dwarfs into crows. They then attack her.

The scene where Glauco is turned into a tree. 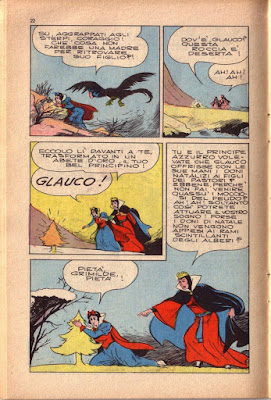 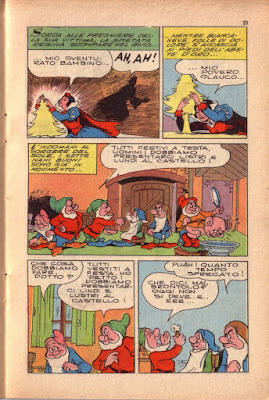 Special thanks to Nunziante Valoroso for the scans and his generous assistance with this post.

This story was actually a reprint of a comic that was published four years earlier in the December 1, 1960 issue of Walt Disney Almanacco Topolino (Mickey Mouse Almanac). Albi D'oro no. 48. Total pages 68 (story 28). Price ₤100. 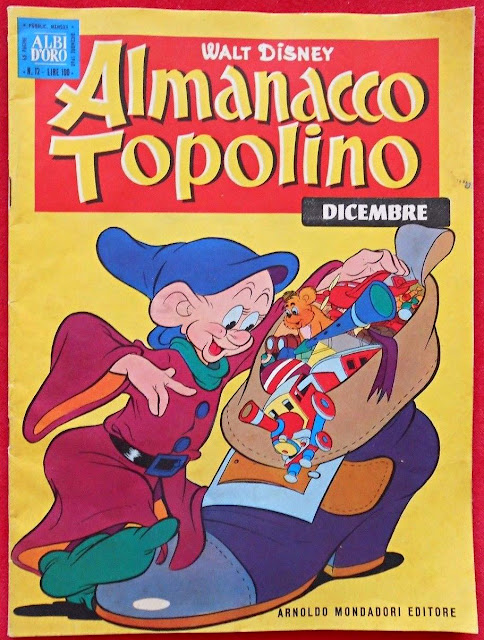 The Seven Dwarfs (along with Thumper) appeared on another cover of Walt Disney Almanacco Topolino. January 1960, no. 37. They were not, however, included in the comic stories inside. 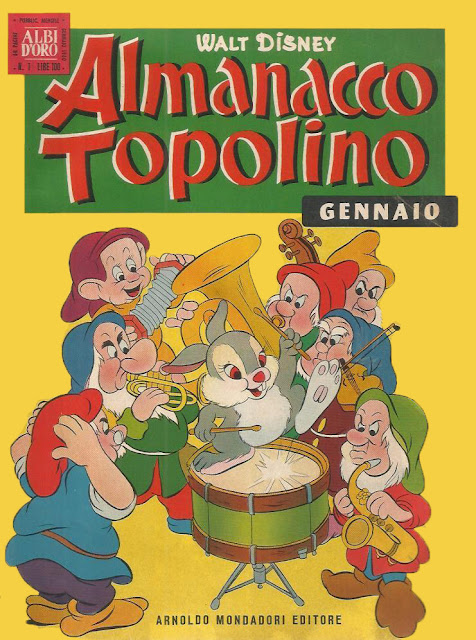 The cover artwork of the Seven Dwarfs with Thumper was traced from the original, which was first published in the US in the February 1958 issue of Silly Symphonies, Dell no. 8 (see earlier post).
Posted by Snow White Archive at 12:30 AM