The Snow White soundtrack--starring Adriana Caselotti and the 1938 American movie cast--was released in Australia on a three-record boxed set. Unlike other soundtrack releases, this one contained the complete audio from the movie--with dialog, sound effects and all of the music (although not the missing lyrics such as in the Silly Song). Total run time about 85 minutes. Label: Buena Vista Records/Summit Records Australia. Catalog no. 102. Format: 33⅓ rpm, 12" vinyl. Black rainbow labels. Issued 1975. 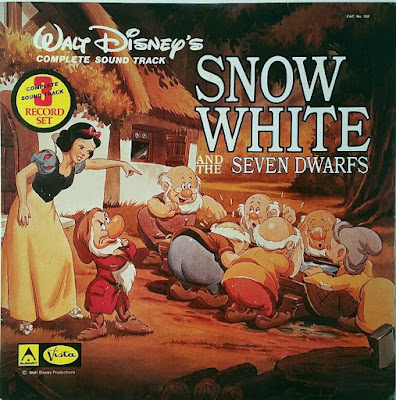 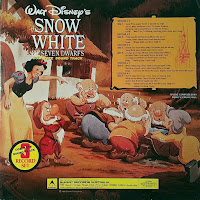 The record sides were arranged for continuous play from one disc to the next. 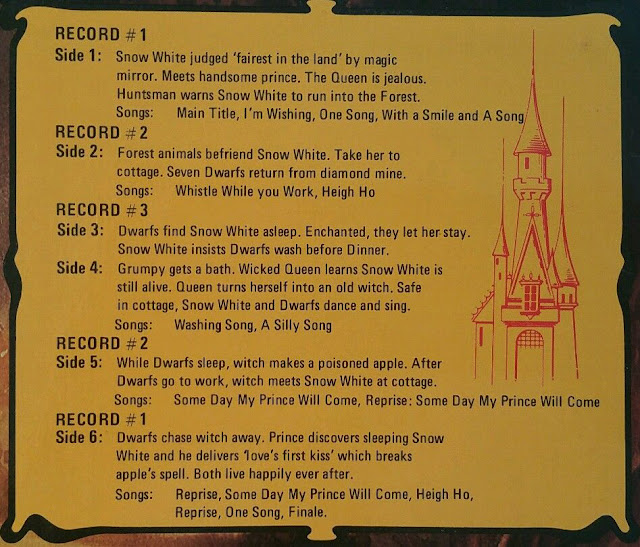 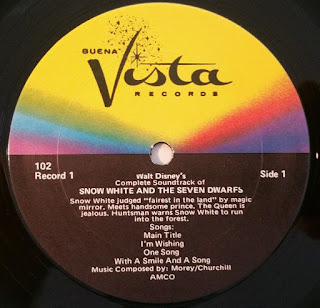 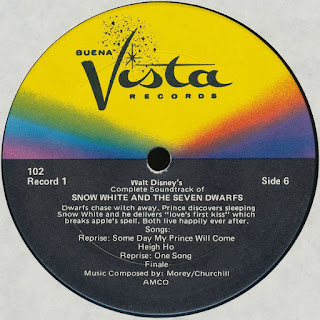 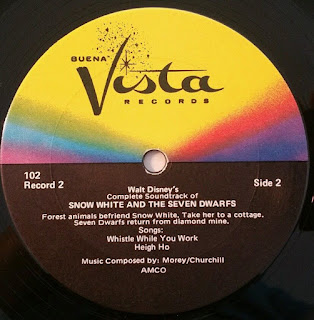 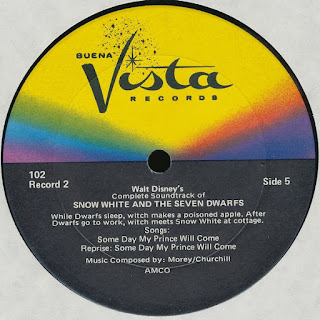 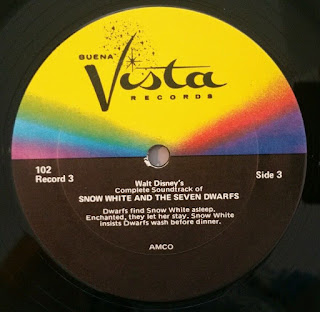 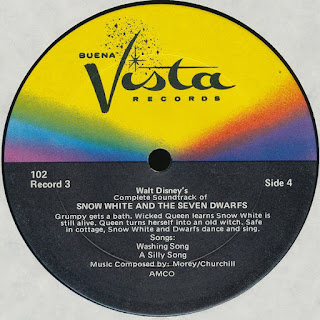 
This soundtrack boxed set was also released in the US. A two-record gatefold album was issued in Japan.
Posted by Snow White Archive at 12:30 PM