To celebrate the 80th anniversary of Snow White and the Seven Dwarfs, Saks Fifth Avenue in New York dedicated their Christmas window displays to this special occasion. The animated scenes include a new 3D layering technology that uses original artwork from the film within each diorama. Fourteen windows in all.

Inside the Magic did a fantastic job of capturing the displays on video and in stills. 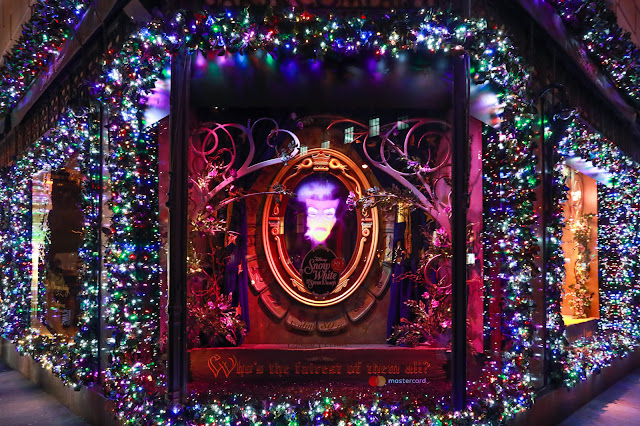 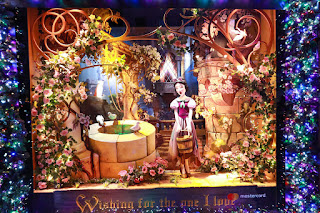 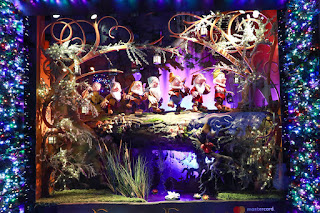 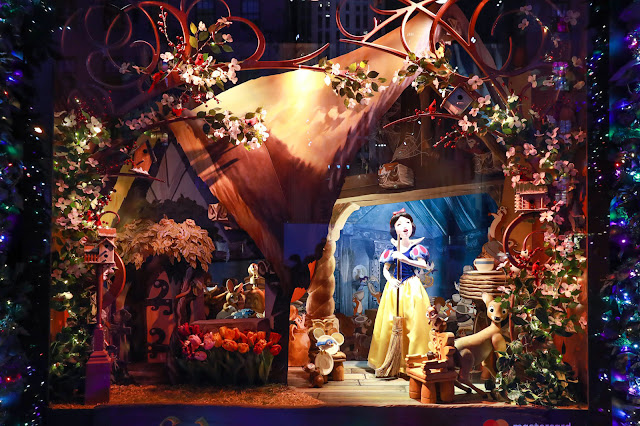 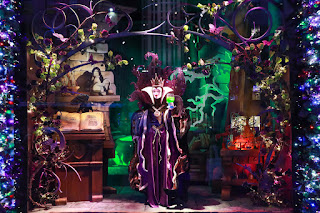 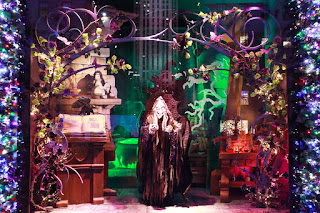 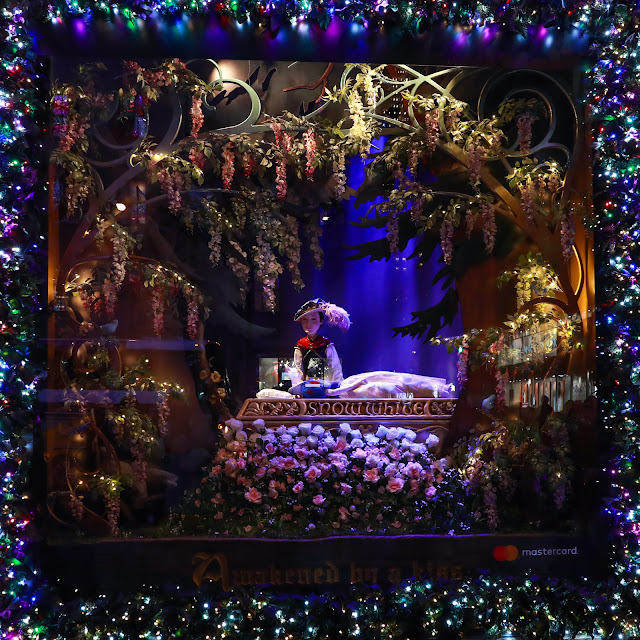 The window displays launched with a live-streamed event on November 20, 2017. It included a light show, costumed cast members, and a singing performance by Sofia Carson. The light show and window displays will be available for viewing until Jan. 2, 2018.

Breakfast at Saks is also available and includes a visit from Snow White, the Prince, and Dopey. $100/person. 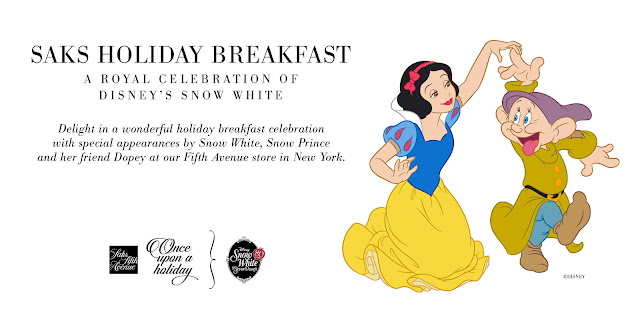 In an earlier Archive entry, see the 2017 Saks Fifth Avenue Snow White doll.
Posted by Snow White Archive at 9:30 AM