A Snow White heavy glass pitcher from 1938. Blue and white character graphics, similar to others seen in an earlier post. Measures approximately 9.5" tall and weighs over 2 lbs. Produced for the Disney dairy promotional campaign. However, this pitcher does differs slightly with its ribbed spout.

In addition, it features Spanish text that reads, "Obsequio del Refresco Waterva" (A Gift of Waterva Refreshment). Snow White is Blanca Nieves. The dwarfs are labeled with their English names (as they were in the original 1938 Spanish-language version). Copyright mark: "© W.D." This was probably a premium issued for release in Mexico and other Latin American countries. 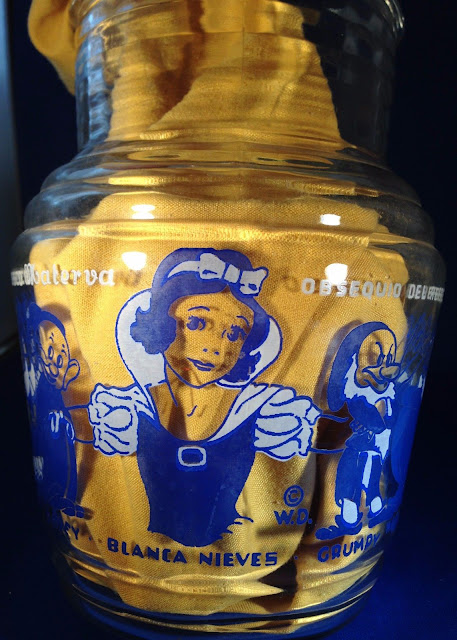 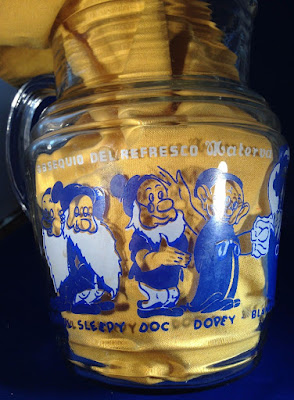 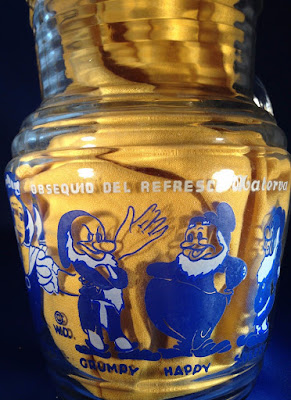 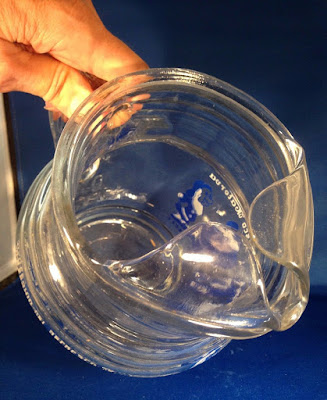 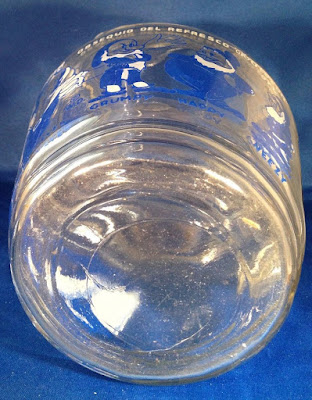 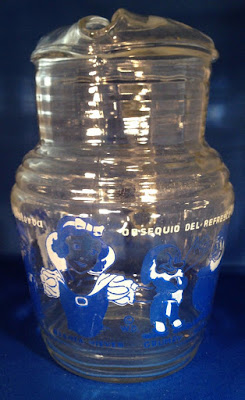 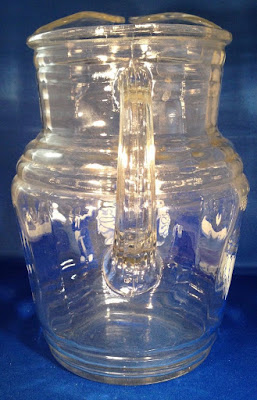 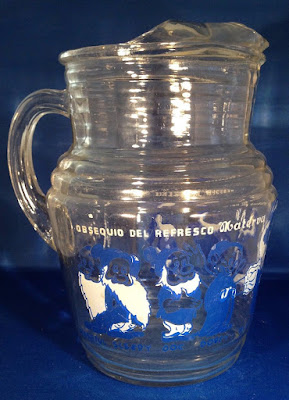 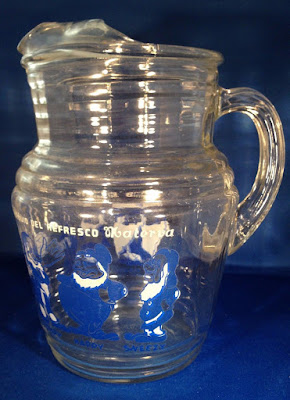