Snow White was re-released to North American theatres in 1983. To promote the event, Disney hired Adriana Caselotti to headline a major public appearance tour to 13 cities. She would also be a guest on several national television shows. Numerous ephemera items from this trip were recently listed at Heritage Auctions. 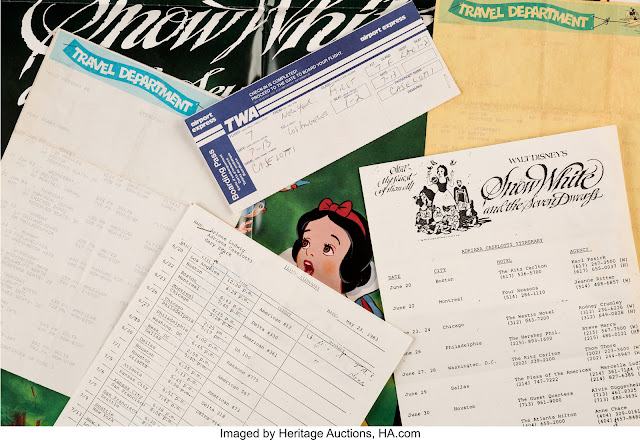 Itinerary of city stops on the tour. 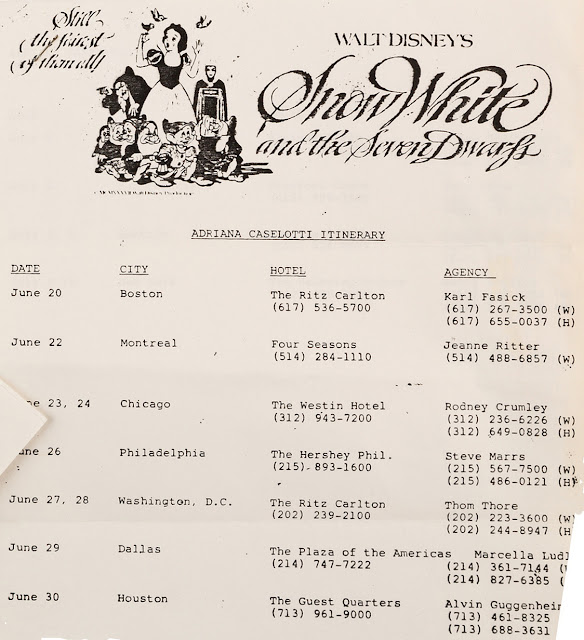 The Philadelphia itinerary for June 27, 1983 (the date was bumped a day from what's listed above). 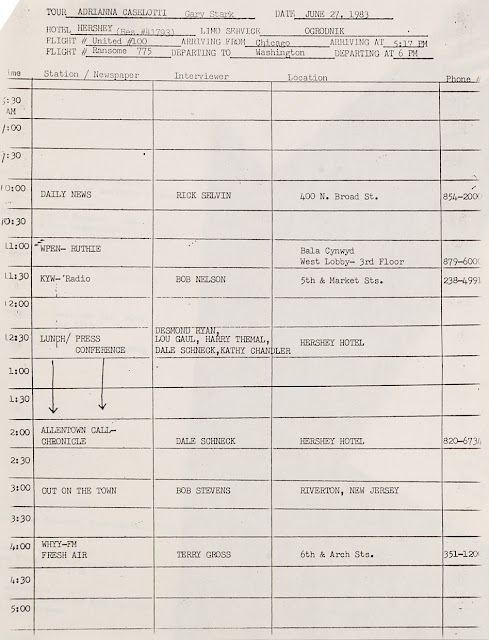 Signed television contracts for the Merv Griffin Show and The Tonight Show with Johnny Carson, plus the dressing room name plate from the latter. 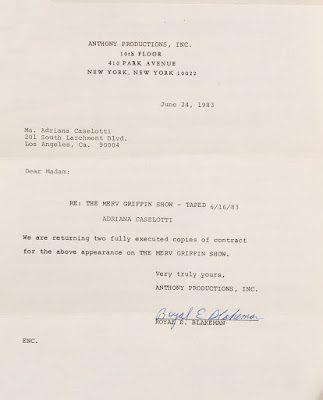 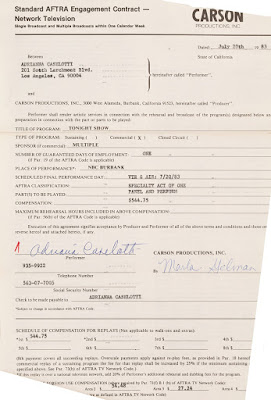 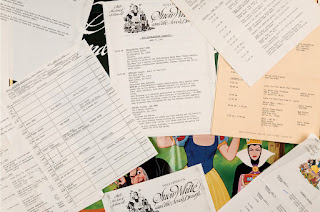 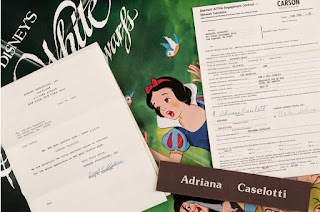 
The auction included 32 pages of travel plans and an insider look at how the Disney marketing division gets the word out.
Posted by Snow White Archive at 12:01 AM