Currently up for sale at Heritage Auctions is a rare layout drawing from the deleted "soup-eating" scene. Snow White covers her ears as the dwarfs slurp their soup. Graphite on 12 field 5-peghole animation paper. Dates from circa 1936-37. 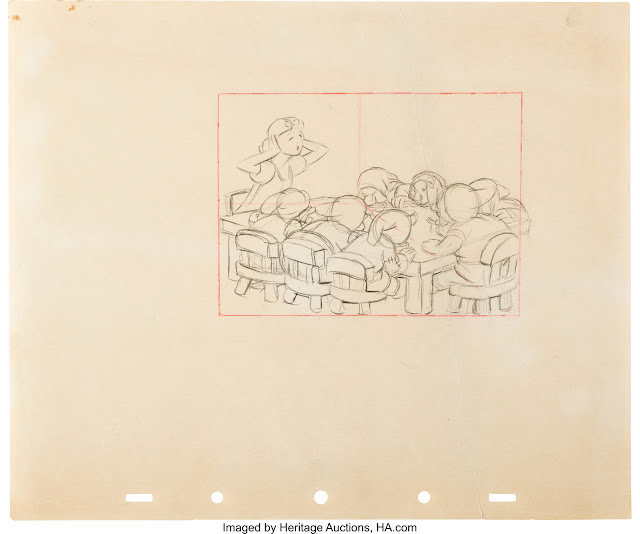 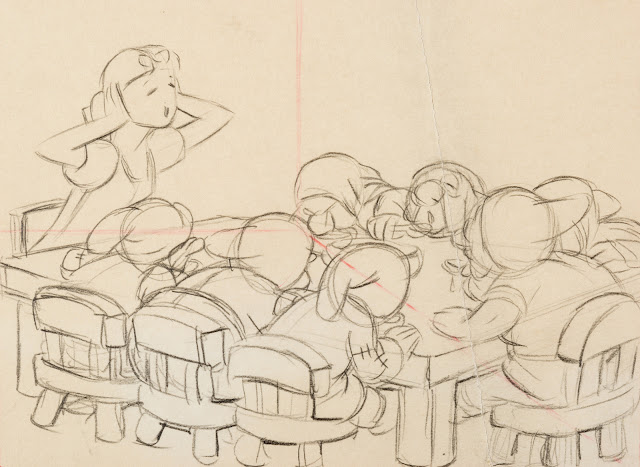 Most of the work completed by animator Ward Kimball was cut from the final Snow White film--including the soup-eating sequence. This was not because it wasn't good, it was. The scenes just didn't fit with the overall timing of the movie. Walt Disney made the difficult decision to axe them well into the project. After working for months on the animation, Kimball was crestfallen. So much so that he planned to quit the studio. Walt, however, talked him into staying by offering Ward the Jiminy Cricket character in Pinocchio.
Posted by Snow White Archive at 3:30 PM