In 1938-39, bakeries coast-to coast paid for the Disney license to sell Snow White Bread. Local operations would print their name on the bread wrappers, which featured images of the movie characters (see earlier Archive entry). Ad slicks were also available from the Disney marketing division.

These particular bread advertisements date from March 1939 and appeared in the North Platte Daily Bulletin, a newspaper located in Nebraska. Seven ads have been found, one for each dwarf, though usually only one per day. 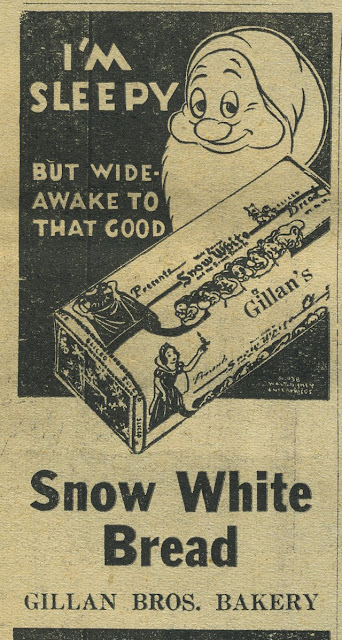 
These same bread ads were also printed on classroom ink blotters. See a Dopey version in a another post. 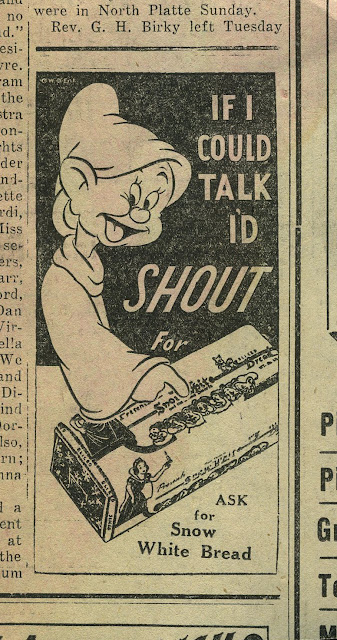 The North Platte Daily Bulletin used pink paper for their comics section, hence the reason for the color of this Grumpy ad. 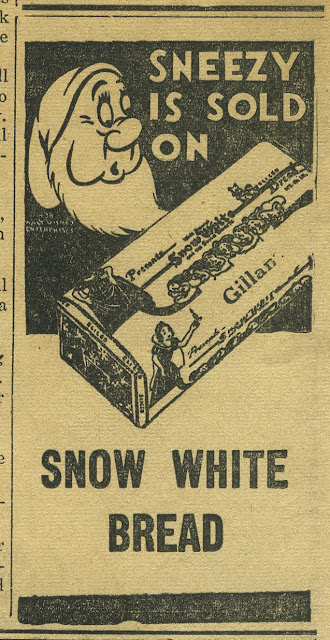 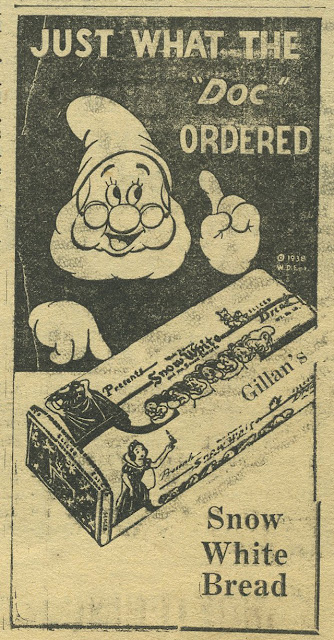 The ads were run on multiple occasions. Happy is shown below in newspapers from different days. 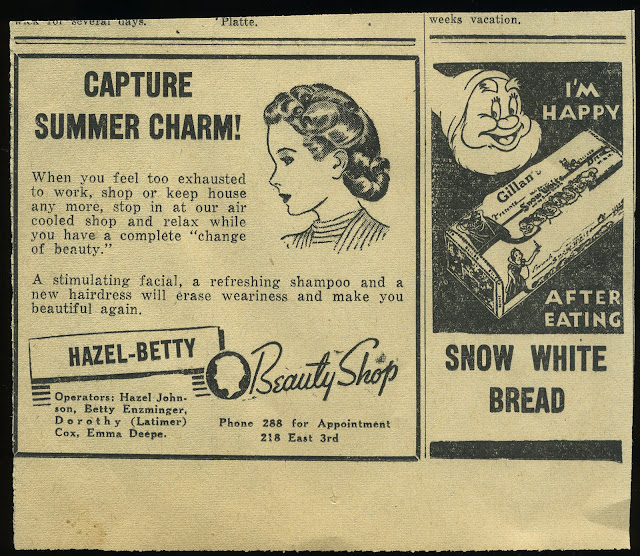 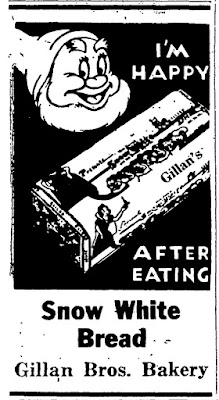 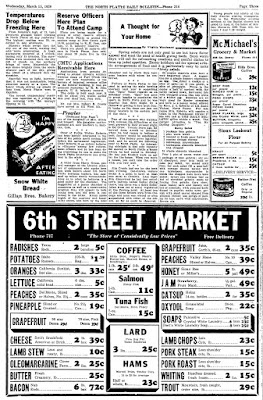