David Hand (1900-1986) was the Supervising Director on Snow White and the Seven Dwarfs. Walt Disney was always the one in charge of the motion picture, but David was next in command. Organized and to the point, he got people to do what was needed, especially during the controlled chaos that was the Disney Studio during that final year of production on the film. He was 37 years of age when Snow White premiered. 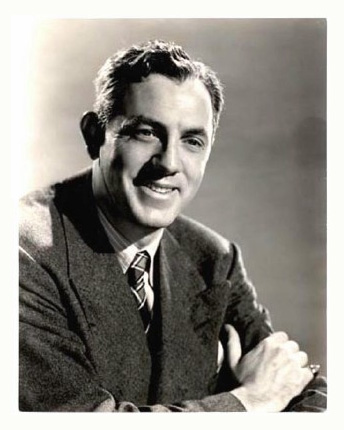 In this excerpt from John Canemaker's book, Walt Disney's Nine Old Men and the Art of Animation (Disney Editions 2001, p.21), we get a little insight into Hand's directorial style. Animator Les Clark is introduced to David's temper. 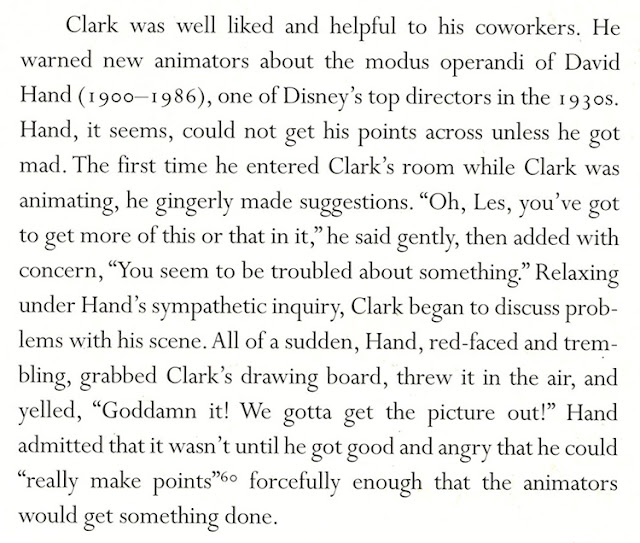 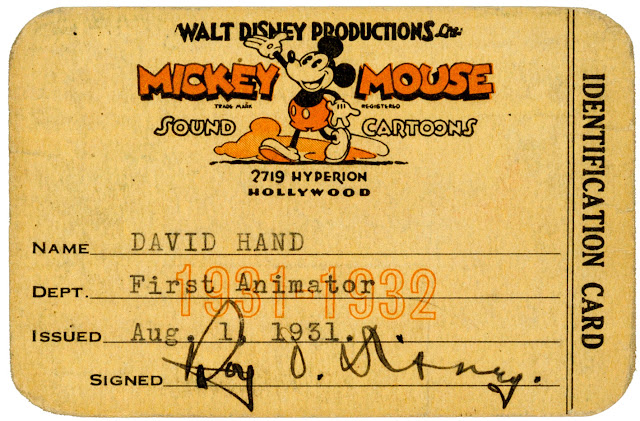 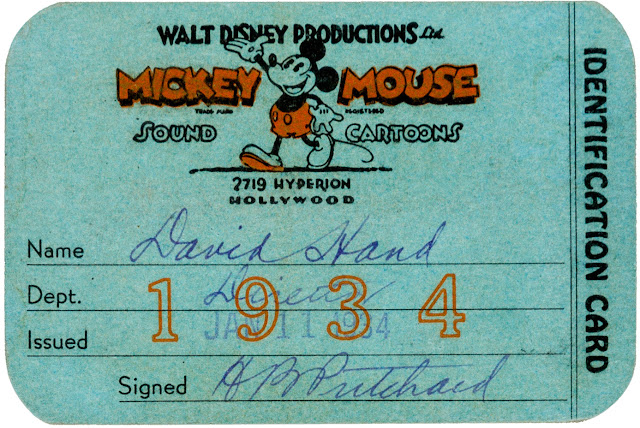 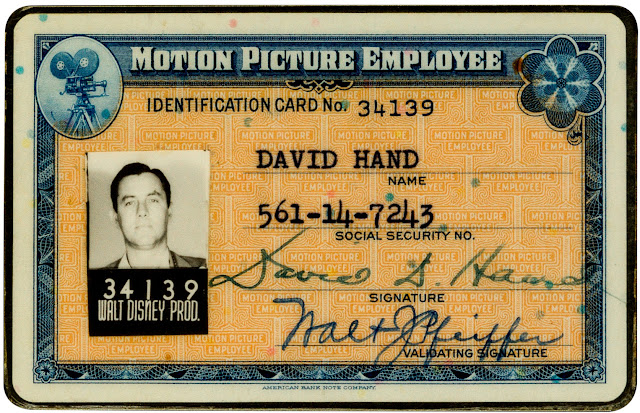 The auction also featured an inter-office company memo dated May 3, 1938. It was a notification of David's "Snow White Adjustment Compensation" for all his long hours of work on the project. His bonus totaled $5000. Not bad at all for 1938! 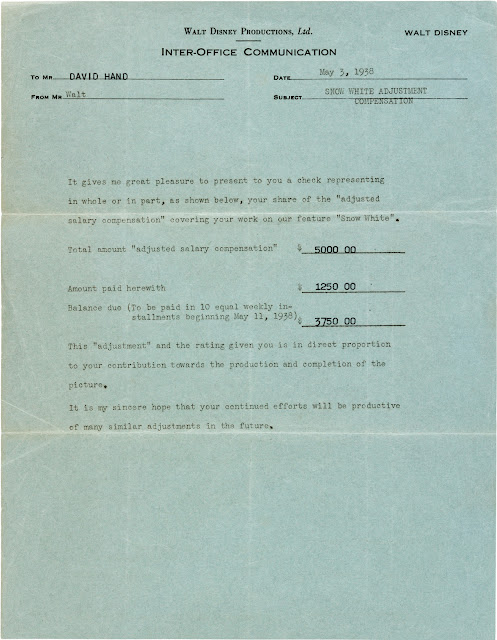 
Read the excellent 1973 interview with David by Michael Barrier at his website: MichaelBarrier.com
Posted by Snow White Archive at 3:30 PM